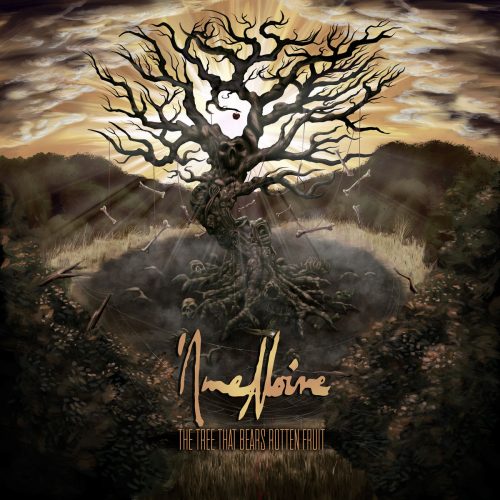 (This is Andy Synn‘s review of the new EP by Âme Noire from Melbourne, Australia, which was released on July 13th.)

Amidst all the (well-deserved) hype for the soon-to-be-released new EP from Australian death-dealers Hadal Maw (officially released tomorrow, but available to hear in full right here, right now), there’s a good chance that many of you might have overlooked the fact that there’s also another band of down-under denizens – Melbourne-based quintet Âme Noire — with a shiny new EP to promote, and I feel like it’s my responsibility to try and make sure that it doesn’t get completely overlooked or overshadowed by its more famous sibling. 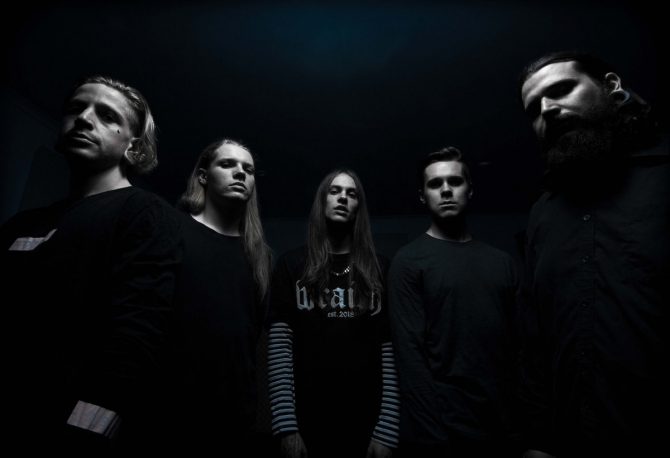 Interestingly enough, one thing I’ve noticed is that, even though they’re still a relatively new/young band, there’s clearly some confusion about how best to classify the group’s sound.

For example, Âme Noire themselves describe their music as “Melancholic Death Metal” on their Bandcamp page, a term which is as misleading as it is ultimately meaningless, while various writers have attempted to tag this EP as “Blackened Death Metal”, “Progressive Death Metal”, and even “Technical Deathcore”, with varying levels of success.

Truth be told, the quintet’s specific style of Death Metal does in fact pull from several different sub-genres without being overly beholden to any one style in particular, so it’s understandable that pinning one specific label on them has proved somewhat challenging.

While the mix of moody atmospheric touches and bone-rattling percussive blasts which underpins tracks like “What Lurks Below” and “Immurement” could certainly lead a listener to conclude that the band have something of a “blackened” side to their sound (and the higher shrieks of versatile vocalist Alex Hill will also likely have contributed to this misapprehension) , the array of spiky, rapid-fire riffs, bleak, dissonance-edged chord progressions, and churning low-end chuggery produced by guitarists Grant Mcguinness and Alex Bell rarely (if ever) dips its toes into this particular arena.

And although these five tracks do also seem to possess a certain ‘core-esque undercurrent (particularly the brutish “Slave to the Grave”), the brooding melodies and proggy embellishments so prominently displayed on songs such as “The Wayward Home” and the climactic title-track help ensure that the ever-divisive “Deathcore” tag doesn’t really fit either.

Perhaps it’s best to say that, all issues of labels and semantics aside, Âme Noire trade primarily in a highly aggressive, riff-heavy brand of Death Metal which incorporates multiple elements and influences from multiple sub-genres, in a way which frequently refuses to be boxed in or submit to easy characterisation.

Yes, it’s technically very adept – though, I hasten to add, never overly showy – and yes, there’s a certain melancholy vibe at times… and, yes, it’s also crushingly heavy and destined to give your neck a real workout… but, ultimately, above and beyond all that, it’s just a damn good EP, regardless of how you want to classify it.

So why not give it a listen, and make your own judgement, below?

2 Responses to “SHORT BUT SWEET: ÂME NOIRE – “THE TREE THAT BEARS ROTTEN FRUIT””