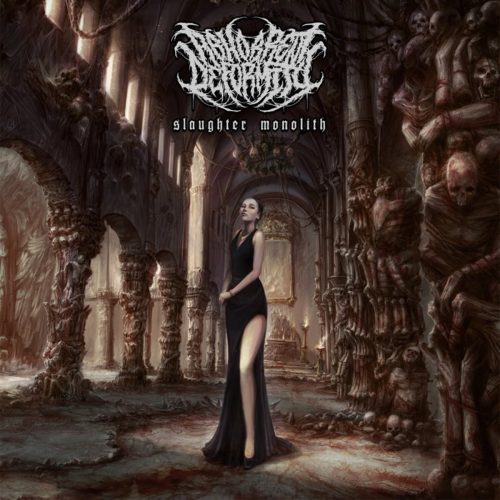 This time around I have the opportunity to do a small write-up for the band Abhorrent Deformity’s sophomore effort Slaughter Monolith, released via Comatose Music. This project was formed back in 2013 and they are a local band (for me at least now) whom I discovered back when I lived in Santo Domingo, Dominican Republic, after their first album Entity of Malevolence was released in 2015.

I have to say that although I heard a couple of songs from the first album and liked the music, I never  listened to the full album (due to shortness of time on my behalf). But I did eventually, once I moved to their home State in the  U.S., and I’m glad I gave it a listen since it showcased great musicianship and songwriting. Another aspect that caught my attention was how well they blended brutal death elements with progressive touches. Yes, dear reader, you read correctly. 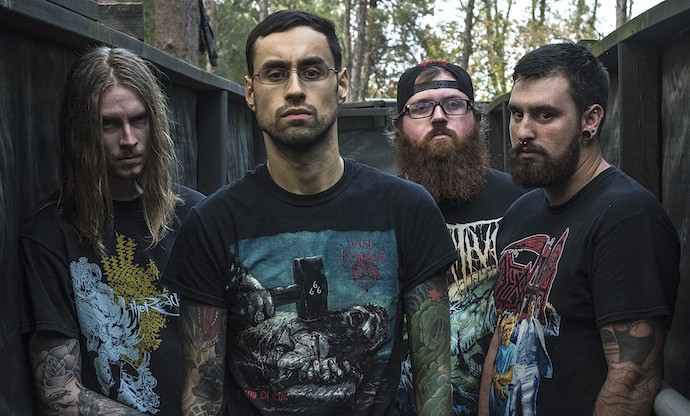 So, having listened to the first album, I turned to the new one, to discover how as a band they have progressed in the past few years. From the get-go, it is clear for me that they have advanced musically, creating their own sound and structuring the songs in a way that shows their talents.  The release is 35 minutes long and all of the songs are interlinked together while having a voice of their own, and that keeps the listener engaged through the changes among riffs and the precise execution of the instruments. To have been able to witness them live, I can confirm that these guys really are precise and play effortlessly.

With that being said, this is not a perfect release. Two things that bothered me to some extent.  The first one is the production of the record, which is not bad but for me it feels much more polished than the first album. I wish in particular that the drum sound were more natural; the sound here diminishes the depth of the instrument. The drummer is a fucking beast, and this does not do justice to his playing at all.

The second thing that has bothered me (from the first album through this new one) were the vocals. Again, I don’t mean that they are bad, but the patterns of the words do not seem to fit the music in some sections. They hold back the band overall, and even in a live setting they just don’t add any value on stage.

Despite that, dear reader, I still want you to give this band a chance. Musically they are great, and I have much faith in this project. And as it happens, while I was writing this small write-up, I read somewhere that the vocalist is no longer with the band. As I listen to the album again, I can only hope they do get a singer who does justice to the music; they sure deserve it.

For me, this band has great potential and I hope they continue progressing and challenging themselves musically. As I said, give them a chance and listen to their work.