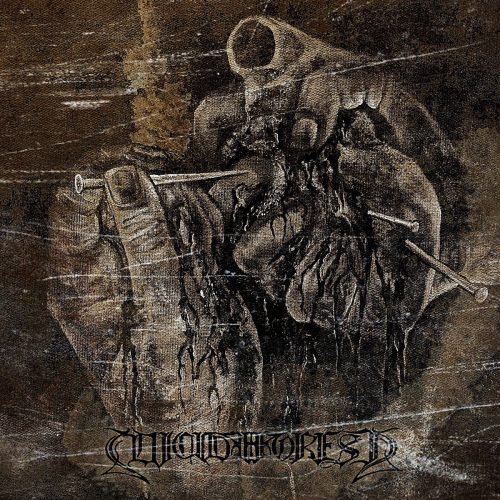 On October 2nd Ascension Monuments Media will release the self-titled debut album by Suicide Forest from Tucson, Arizona. The album is the work of 23-year-old multi-instrumentalist A. Kruger, although he is joined by other musicians for the band’s live performances.

Kruger’s choice of the name for this project suits the mood of the music, referring as it does to the sprawling Aokigahara forest northwest of Japan’s Mt. Fuji, reportedly the second most popular place in the world to commit suicide, after the Golden Gate Bridge. We’re told that in 2003, the last year when Japanese authorities released official numbers, 105 bodies had been found there, though no accurate count is possible, given the density of vegetation and the abundance of wildlife within that sea of trees. 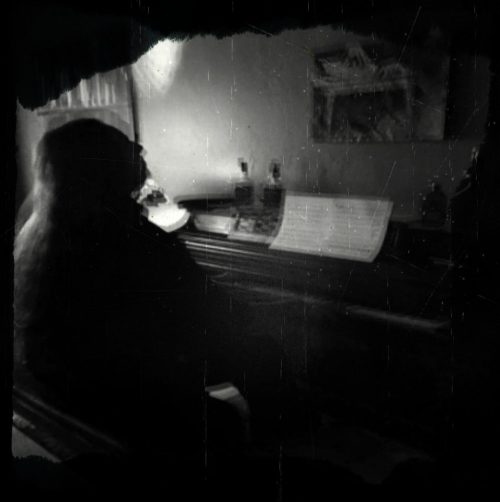 Consistent with such a reference, the music of Suicide Forest is a depressive form of black metal, but as you’ll discover through the track from the album that we’re bringing you today, it’s propelled by a surging physicality that brings the pain within it to life, and while this song is compulsively vibrant, it’s also mystical and haunting.

The physically arresting qualities of “Kingdom of Solitude” must be credited largely to the power of the ever-changing drumwork, which pushes and pulls the energy of the music in a way that makes the song persistently gripping (and often quite head-moving). Ethereal keyboard tones shimmer and soar above the changing percussive tumult, while swarms of abrasive riffing give the song a hard edge. Kruger’s scorching voice, expelling howling pain and plundering agony, amplifies the song’s intensity.

Even when the music becomes gloomier and more desolate, the drifting waves of keyboard ambience still shine high above, like the unextinguished effervescence of dead souls. An extended interlude of spectral ringing guitar notes and craggy bass tones, edged in abrasion, soften the pain and hint at solitude and perhaps the remembrance of lost lives, but even there, the joinder of double-bass rumble and a neck-cracking snare performance bring the song’s rhythmic vitality back to life. 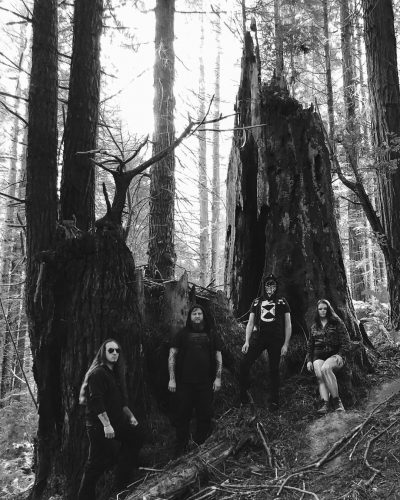 Suicide Forest was mixed and produced in Tucson by A. Kruger with additional production by Chris Wisco (Broken Hope, Jungle Rot, Origin, Novembers Doom), and mastered at The Boiler Room in Chicago by Collin Jordan (Bongripper, Cough, Eyehategod, Gigan).

Isolated without hope, Haunted by dreams
Alone in the morose silence, Unable to speak
Locked away, From this loathsome world
Far from all whom I despise
Cold air infects my lungs, As I gasp my dying breath
All consuming, this atmosphere of endless plight
Engulfing my poisoned mind
All that once was, Never again shall be
As I enter my Kingdom of Solitude

One Response to “AN NCS PREMIERE: SUICIDE FOREST — “KINGDOM OF SOLITUDE””