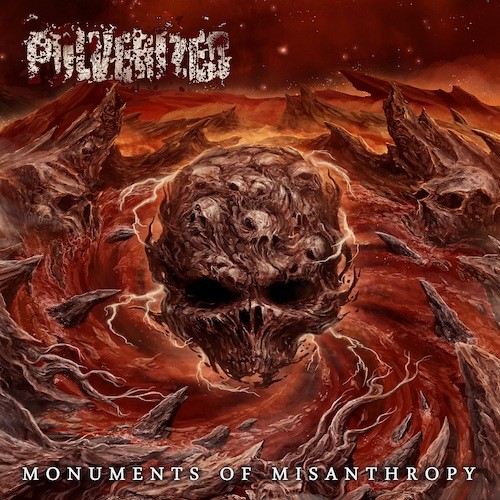 When you eventually have a chance to listen to the album, you’ll detect the strong influence of metal from the early ’90s by such U.S. bands as Morbid Angel, Deicide, Obituary, and Suffocation, as well as the rabid extremity of such South American forces as Krisiun and Abhorrence. Based on just this one track we’re delivering today, it’s also obvious that Pulverized have not only embraced these sinister and sadistic spirits, but also have the songwriting and performance skill to channel with vibrancy and power so much of what makes this kind of death metal deathless. 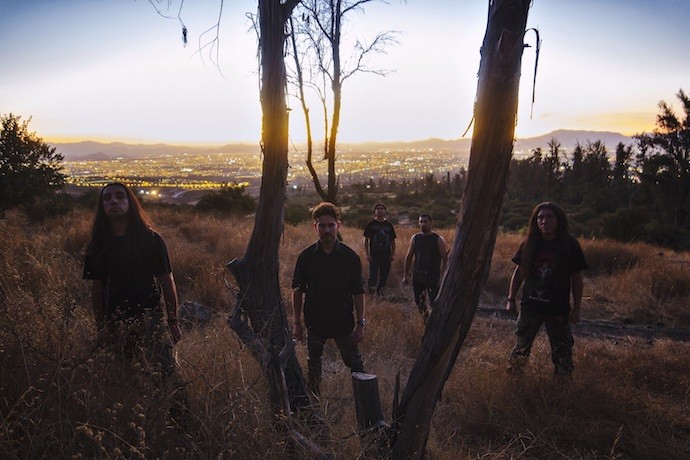 “Devoción” is marked by fleet-fingered fretwork and blazing-fast drumwork, but at the outset it seems more like the approach of a lumbering, lurching beast, even with the bursts of rapid snare clattering that herald that approach. As the track proceeds, it becomes increasingly vicious and fierce. The riffs are cold-blooded and murderous, but also electrifying. They pulse like a black heart, seethe like a hornet swarm, writhe like a viper made of flame, and dart about like a cross between a vulture and a hummingbird — all of this accompanied by vocalist Claudio Anacona‘s heartless guttural roars.

The song also includes the flickering and boiling tones of a very cool (and very freakish) solo, and it eventually dawns on the listener that there are insidious melodic hooks within the track that further increase its appeal. 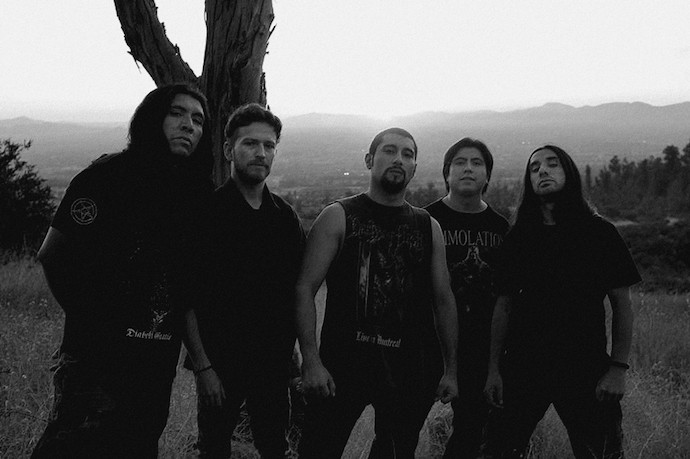 Monuments of Misanthropy was recorded, mixed, and mastered at DM6 Studio by Pablo Clares in Santiago, Chile. The eye-catching cover art was created by Adi Dechristianize (Dechristianize Art). The band photos were made by Carlos Berrios Contreras.

Krucyator will release the album worldwide on October 13 in both digital and jewel-case CD editions.