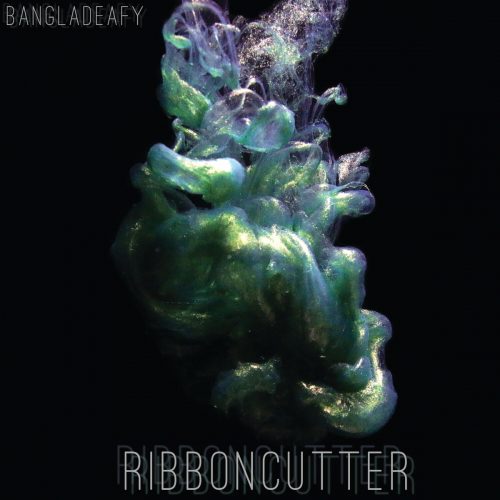 I was both perplexed and intrigued when I first encountered the name Bangladeafy roughly two years ago (and I was very late to this party, given that this NYC duo had already been making music together for many years before). The name made more sense when I learned that drummer Atif Haq is Bangladeshi, and that bassist, keyboardist, and vocalist Jon Ehlers is hearing-impaired. I was also temporarily perplexed and intrigued when I listened to the first music revealed from their then-forthcoming second EP Narcopaloma — and then quickly became amazed by what they’d done, which was to create an experience that was somehow brain-twisting but melodic, instrumentally jaw-dropping but spell-binding.

Now Bangladeafy have recorded a new album, the name of which is Ribboncutter. It will be released by Nefarious Industries on September 21st. That news, all by itself, was a source of fresh intrigue. It seemed a given that these two wouldn’t have done anything that could remotely be considered conventional. The only question was what kind of roller-coaster ride had they have created for us, and whether listeners would be left securely strapped in place for the spin or instead be vaulted way out into thin air, arms and legs flailing in frightened and gleeful exhilaration. The answer should have been obvious. 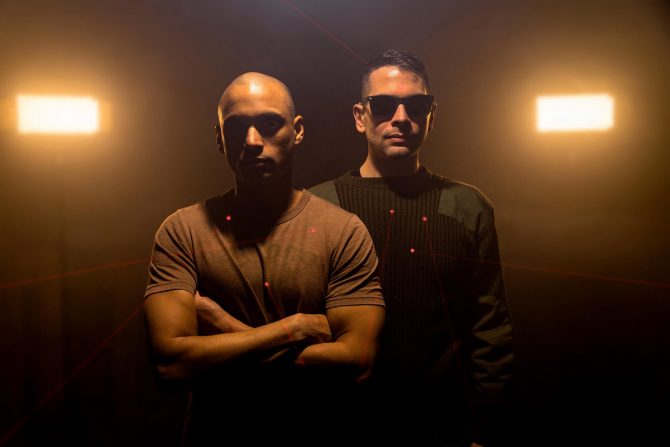 The only surprise would have been if the album had turned out to be unsurprising. One surprise, though perhaps not a shocking one, is that Atif Haq and Jon Ehlers have in some ways circled back to an earlier plan. We’re told that Ehlers had first reached out to Haq many years ago about playing drums in a live, aggressive synth band, but the synths were quickly replaced with bass, which became a musically destabilizing mainstay. But for Ribboncutter, the synths have returned — and there are vocals on the album, too.

Fear not — the bass hasn’t disappeared from the new record, though the album’s title track, which we’re presenting today, makes do without it. As Jon Ehlers explains:

“The song is live synths and live drums. No bass for that one, but still heavy as fuck. I came up with the rhythm when I was on a trip in the jungles of Costa Rica and I couldn’t shake it the entire trip.”

Yes indeed, it’s heavy as fuck, and sufficiently berserk to make your brain rattle like a marble in a can affixed to one of those pneumatic paint shakers. The music’s combine of intricate, hard-pulsing, head-battering rhythms is nerve-exploding, and the synth’s rapidly warping tones and equally rapid swirling sounds (along with a cavalcade of other darting phantoms of electronic lunacy and doses of wicked vocal incineration) are all mind-melting. Such an electrifying blast… and one that brings to mind the title of the band’s first record: This Is Your Brain On Bugs. 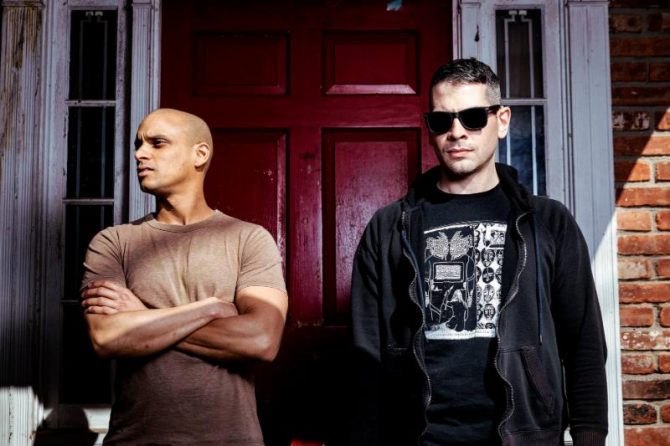 Ribboncutter’s bass and synths were recorded by Colin Marston at Menegroth, The Thousand Caves. The drums were recorded by Mike Perotta at Ridge Hill Sound and Michael Gatto at Gatto Records. The vocals were recorded by Jonathan Vergara at Pancake Studios, who also mixed and mastered the original tracks, which were then mastered for vinyl by Bill Henderson at Azimuth Mastering.

And yes, the album will be released by Nefarious Industries on vinyl (cut at 45rpm), as well as CD. It will also be available on all digital platforms.