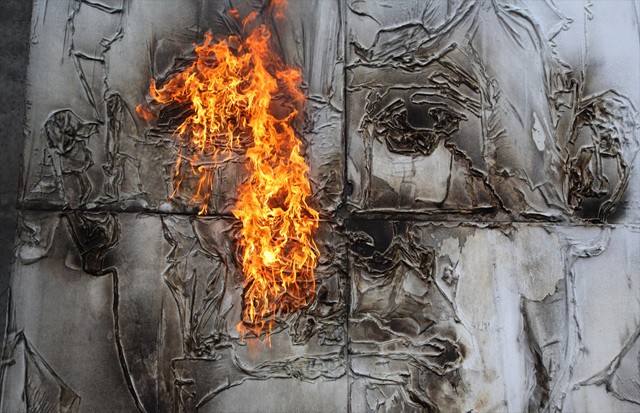 …of the good. Or so we’re so often told. And a chance encounter on Twitter this weekend only reaffirmed this particular factoid to me.

Allow me to set the scene a little. As part of my duties monitoring and managing the Beyond Grace twitter account, one of the bands I frequently interact with is Allfather (whose new album you can read about here), as I like their music, their ideology, and their general outlook on life (although I do sometimes question their taste in beer), and have enjoyed several productive discussions about music, politics, and other related topics, with them as a result.

Cut to yesterday, when I see that they’ve become involved in a thread about how anti-fascism is now becoming the “in” thing for a lot of bands, with the original poster asking for more recommendations of artists who are consciously and explicitly rejecting the current geo-political shift towards authoritarianism, while also asserting that, if we want this to be more than just a passing trend, we need to really get behind and support the movement.

Now while I didn’t contribute directly to this thread (with bands like Venom Prison, Dawn Ray’d, The King Is Blind, and Ancst having already been mentioned, I didn’t think I had much else to add) I did take the opportunity to reply to the Allfather account raising what I thought was a fair, and relatively uncontroversial, point – namely  that as any scene or trend gains in popularity you’ll inevitably see some bands jumping on the bandwagon without really embracing (or properly understanding) the ethos behind it, and this is something worth watching out for as the movement begins to gain momentum.

Unfortunately, despite my belief that this assertion was very much in line with the original, inciting post – as one thing which often kills, or at least neuters, any social, political, or musical movement is having its initial goals or identity co-opted and diluted by people more interested in the style, rather than the substance, of what is being promoted – one of the bands in the thread took serious exception to my comment and decided to passively-aggressively call me out for “concern trolling” (a term I see get thrown around almost as much as “fake news” these days) in an attempt to blatantly belittle and dismiss what I was trying to say. 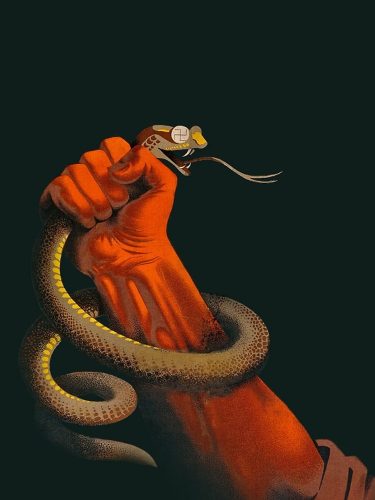 Of course it should go without saying that I’m not trying to start a twitter “beef” here. What I’m much more interested in is what this encounter says about the ways in which we act (and interact) online, and how quickly and easily any sense of nuanced engagement is abandoned in favour of a black-and-white, “you’re either with us, or against us” attitude.

Because, and let me be clear about this right away, I wasn’t attempting to divert or police the conversation by any means (hence why my post was purposefully not part of the main thread), and in fact I thought my point was quite pertinent to the ongoing discussion.

And, even more importantly, from my perspective at least… ultimately we were all on the same side, even if we had slightly different perspectives!

Because that’s really what this whole debacle is about, at heart, the issue that it’s possible to have a different perspective, without this being cause for division.

As a matter of fact I’d posit that most, if not all, of the people reading this right now – whether they identify as left-leaning, right-leaning, or simply “other” on the political spectrum – would agree that fascism is a bad thing, and that even if we might quibble a little over the exact details of how to define it and how to address it, we still share the same goals and ideals at heart. 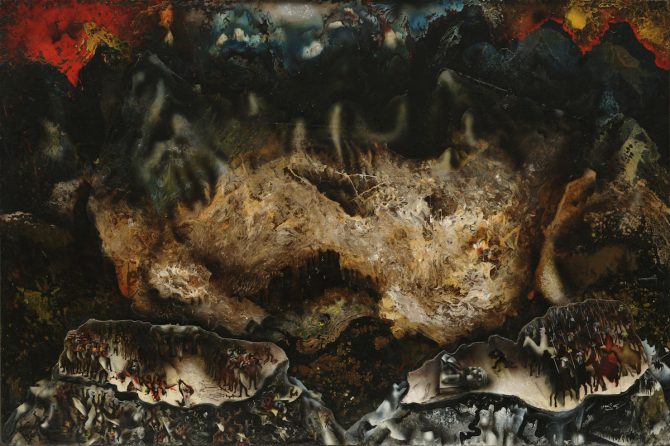 I suppose you could say that the wider point I was trying to make, and which I’m attempting to clarify here, is that no movement and no ideology is so perfect and inviolable that it can’t benefit from a little introspection and self-interrogation, and if this nascent “Anti-Fascist” movement truly aims to survive and sustain its early momentum then it needs to be willing and able to take a look at itself and ask “who are we, and what are we doing?” every now and then.

Being willing to self-analyse and be self-aware shouldn’t be seen as a weakness. It’s a strength. But, unfortunately, there’s always someone who sees even the suggestion of criticism of “the cause”, no matter how minor, as a reason to lash out and as a way of affirming their own (self) righteousness.

But… if I’m going to talk honestly and openly here about perspective and self-awareness, I have to acknowledge that perhaps there might have been a bigger misunderstanding at the root of this sad little squabble, which perhaps stems from my own failure to adequately explain my point or to consider how it might come across.

From my perspective (there’s that word again), declaring oneself to be an “Anti-Fascist” is a bold statement, and not one to be made lightly. It can’t just be about paying lip-service through empty sloganeering – as I said above, any decent person is already anti-fascism when it comes down to it, even if they don’t explicitly identify as such – but should, in my mind at least, reflect a deeper commitment to grass-roots activism and direct action, which is why I raised the issue of certain bands, in the absence of any identity or ideology of their own, glomming onto this as more of a “brand” than as an actual commitment to the cause.

It’s also worth pointing out that my comment could also have been read, from one perspective, as doing exactly the same thing it was supposed to be railing against – making the perfect the enemy of the good – and I’ve spoken with several people since then who’ve suggested that simply raising the awareness of anti-fascism, of making people aware that the movement exists, is a good unto itself.

And I agree, it is. But this doesn’t have to be an either/or situation. You can acknowledge that the growing popularity of the movement is, in itself, an intrinsic good, while also being aware of the potential pitfalls which this brings with it. One need not be the enemy of the other.

It often seems to me that, in these ever more polarized and partisan times, we fracture into factions all too easily – whether over issues of politics, music, or personality – and all too often end up hopelessly divided over things on which we otherwise agree 99% of the time.

So, please, let’s stop letting perfection be a barrier to progress, and let’s accept that different perspectives often help us to see our shared goals more clearly.

Anyway, in closing, here’s a cool cover of Endstand’s “Destroy Fascism” by Heaven Shall Burn, two bands who’ve been fighting the good fight for a long, long time!

2 Responses to “THE PERFECT IS THE ENEMY…”