That being said, the three bands I’ve singled out here all definitely have that special “x-factor” which makes them stand out from the crowd, and it’s albums like these which makes winnowing through all the sound-alikes and also-rans worth it in the end.

ALLFATHER – AND ALL WILL BE DESOLATION

Having been previously featured in this column with a review of their debut full-length, Bless the Earth with Fire, Allfather likely already have a fair few fans among our readership and, with a little luck, their sophomore album will only see that number increase.

Heavier, darker, and – somehow – even angrier than its predecessor, And All Will Be Desolation finds the band taking the proverbial bull by the metaphorical horns and deciding that now is the time to make a statement, now is the time to take a stand, regardless of whether the mainstream or the Metal scene are ready to listen. Because, if not now, then when?

But while the lyrics/vocals provide a wealth of studied, yet savage, political polemic – skewering everything from the resurgent rise of fascism and the temptation to embrace authoritarianism to the crippling lack of empathy exposed by the ongoing refugee crisis – the Allfather crew aren’t here just to harangue you about the state of the world, they’re also here to deliver a metric fuckton of riffs in the process.

From the headlong gallop and churning chuggery of “Citadels”, or the propulsive, punk-fuelled rampage of “Jackal’s Night”, to the doom-laden devastation of “Inherit the Dust” (previously released as a stand-alone single, but here given a fresh lick of pitch-black paint and a sleek sonic upgrade), the band’s Sludge-injected, Hardcore-inflected, proto-Death Metal sound remains as potent and punishing as ever, and invites praiseworthy comparisons with the works of High On Fire, Crowbar, and early Sepultura at their very best.

Even more laudably, however, the Rochester quintet have also taken great pains to expand their creative palette as well, and nowhere is this more obvious than on the album’s three longest, and most intricately arranged, numbers, brooding open “Black Triangle”, the ominous “By Sword, By Famine, By Plague”, and epic closer “Lampedusa”.

The former builds from a drawn-out, slow-burn intro into a wild neck-wrecker of muscular, menacing riffs and howling vocal hooks, interspersed here and there with splashes of sombre acoustic string work, in a simple yet oh-so-effective display of light-and-shade song-writing, while “By Sword…” takes things in an even darker, doomier direction, all humongous, heaving guitars, apoplexy-inducing vocals, and – during its second half – strutting, shamelessly infectious grooves.

It’s the final track which really shows off just how much Allfather have grown and matured, however. The first several minutes of “Lampedusa” – all solemn acoustic melody, bellowing vocals, and bass-heavy riffage – possess an anthemic, almost folk-ish quality that’s very different (but also a very effective addition) to the band’s established methodology, but which provides a fantastic lead-in to the track’s second half, which steadily grows heavier and more aggressive as it progresses, only to climax in a bolder, more metallic, return to some of the song’s early themes as a way of rounding-of the whole impressive eleven-minute affair.

If you like your Metal heavy and heartfelt and not too polished… and you’re looking for an album where you can practically feel every ounce of blood and sweat and tears which went into its creation… then this one is for you. 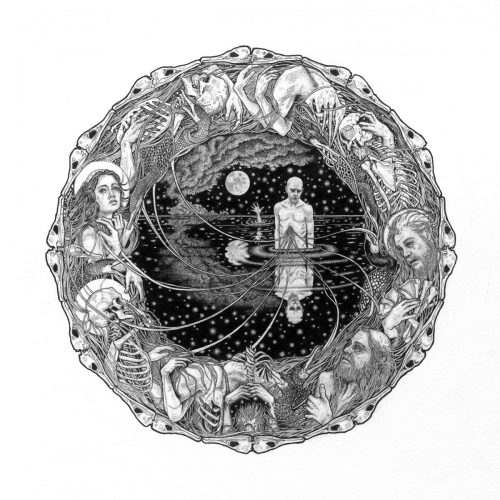 While we were obviously big fans of Garganjua’s first album, A Voyage In Solitude, here at NCS, you shouldn’t interpret the delay in covering their sophomore record (released way back at the beginning of May) as any comment on its quality. It’s just that we (well, I) have been very busy, and have only just got round to checking it out very recently!

Dealing in a grandiose brand of proggy, swaggering Stoner-Doom, the band’s seamless blend of rapturous riffs, guttural growls, and tender clean vocals has garnered them frequent comparisons to some of the genre’s biggest names, including Yob, Pallbearer, and (particularly on this release) Ahab, which sets the bar for their second album pretty damn high.

But, wouldn’t you know it, the Leicestershire quartet have stepped up to the plate and – while maybe not knocking it completely out of the park – have more than earned themselves another win with Through the Void.

Despite there being some confusing differences between the track-listing of the digital copy I was originally sent and the track-order which appears on the band’s Bandcamp page (though it looks like, according to interviews, the former is actually the correct running order?) the four songs which make up this album prove not only to be strong enough to stand on their own (the shortest track, “Adrift” still clocks in at a solid nine minutes and change), but also each a part of a greater whole.

Opener “Crushed Beneath the Tide” is a dense and demanding listen, made up of multiple movements and a multitude of monstrous metallic riffs, and quite probably the heaviest thing the band have ever written, while also providing a showcase for a grim and gritty, moody and melancholy, harsh and clean vocal parts courtesy of the group’s two co-vocalists.

The aforementioned “Adrift”, by comparison, is a much simpler, more stripped-down, affair, which centres itself around a striking melodic refrain, filled with misery and melancholy, which is then echoed and expanded upon by both the guitars and the vocals over the course of the song.

The title-track possesses a flair for riff-focussed, ear-worm melody that wouldn’t necessarily sound out of place on a Khemmis album, but while the first half of the track places emphasis on emotional clean-sung melody, this is of course accompanied by some hefty harsh vocals as well, and, it’s not until the second half that the harmonic potential of the cleans is truly unleashed, leading into a truly mesmerising melodic penultimate passage where the various vocal styles and patterns being to weave in and out of one another with impressive grace and clarity.

And while I’ll admit to a bit of listener fatigue setting in during the first half of “A Distant Shore” (though the gorgeous second half easily recaptured my flagging attention), this is still exactly the sort of album I’d recommend to anyone looking to get a fix of potent doom and proggy gloom in 2018. 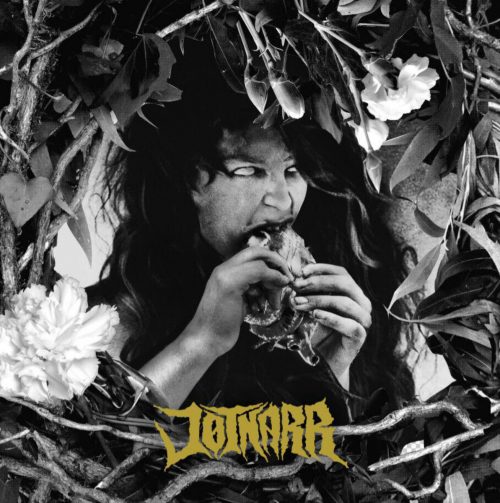 Often (if mistakenly) conflated with the seemingly ubiquitous “Post Black Metal” style (which itself remains awkwardly nebulous, to the point where it seems like any band with even the tiniest hint of tremolo now counts as “Post Black Metal”) the past several years have seen the development of a distinct (albeit somewhat disparate) cabal of bands attempting not so much to return the style to its roots, but simply to strip away all the more extraneous elements of Black Metal so as to focus on the almost punk-like purity of the music in its rawest form, unencumbered by the distractions of posturing drama and preening devil-worship.

Equal parts rampant aggression and riveting atmosphere, the self-titled debut album from this Colchester-based three-piece is a short, sharp, and perfectly formed example of this burgeoning movement, which compares favourably with similarly abrasive artists like Wiegedood and Black Anvil, artists who operate on the fringe of what genre purists would call “true” Black Metal, but do so without compromising their integrity or their intensity.

Opener “Ever Further Mark” is just over two minutes of raging riffs and snarling vocals that pulls no punches, but which also sneaks in an unexpected amount of melody, while the spiralling tremolo lines and punchy percussive patterns of “Spit the Taste/Vile” (whose second half is also rich in both grim groove and bleak melody) really hammers home the band’s blackened bona fides.

“Sleeper” is a mid-paced banger of primal punk vibes and vitriolic vocals which climaxes with an eruption of blasting fury fiery enough to win over even the most committed of “true” Black Metal refuseniks, after which the gloomy atmospherics and gritty riffs of “Drugs, Terror, Death” and the left-field arrangement of artsy melodies, doomy elements, and crusty, blackened belligerence which makes up “Nazgûl Youth” provide a more challenging, but no less rewarding, listening experience.

“Tremulous White” is, arguably, the least Black Metal influenced track on the album, though it still links in nicely with the flow of the record as a whole, and provides an unexpectedly welcome change of pace before the deluge of torrential blastbeats which opens “The Blissful Extinction”, a song whose stern, stomping riffs and visceral vocal hooks help make it another one of the album’s many stand-out tracks.

Closing with the furious, ferociously dynamic combo of “Jersey Devil” and “Hermit”, which together provide a prime example of Jøtnarr’s signature blend of blistering Black Metal, crust-punk passion, and moody Post-Metal embellishments, I have full confidence that this album will continue to hold up as one of the finest debuts of the year, and hope to see big things coming down the pipeline for this band in the future.