(This is Todd Manning‘s review of the new album by Infernal Coil, which is set for release on September 14th by Profound Lore Records.)

Profound Lore is an underground label that has always enjoyed a certain amount of critical acclaim, with bands like Agalloch, Pallbearer, and Subrosa (to name a few) enjoying coverage across the entire Metal spectrum and even attention from such outlets as NPR, Rolling Stone, and Spin magazine. What is truly heartening for the underground fan is the label’s continuing commitment to releasing albums from some of the nastiest underground Death and Black Metal bands in the business.

The latest offering of unadulterated Death Metal from the label comes in the form of Idaho-based killing unit Infernal Coil. Their debut full-length Within a World Forgotten is due out on September 14th. 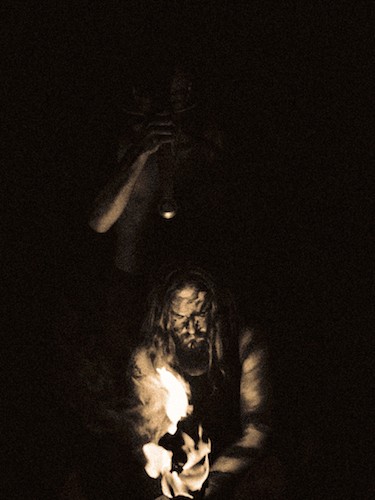 Infernal Coil certainly don’t fit into any new-school template of Death Metal, but neither are they strictly beholden to the genre’s forefathers. Rather, they fit into the niche of an esoteric, complex, and unrelenting brand of the genre represented by the likes of Portal, Impetuous Ritual, and Tchornobog. Not that these bands really sound alike, but their mood and atmosphere share the same unhallowed ground, a ground few dare to tread.

The key to penetrating the barbaric wall of noise generated by Infernal Coil seems to lie in the drumming, and it is probably no mistake that famed producer Billy Anderson was tapped to put this album on tape. The sound is loud but organic, precise but not clinical, the drums always high in the mix. From the opening salvo of the two-minute “Wounds Never Close” and through much of the album, the tempo is pure hyperspeed onslaught.

However, this isn’t one monotonous beat, but rather a constantly shifting stream-of-consciousness percussive assault. The drums are constantly ebbing and flowing, riding the waves of undulating chaos. The guitar and bass are certainly present, but during much of the blazing material, they exist more as texture rather than focus. Often though, they provide little squalls of feedback or a quick chord stab that serve to differentiate one cacophony from the next. It’s as if the beats are the riffs and the guitar and bass are playing the more supportive role. 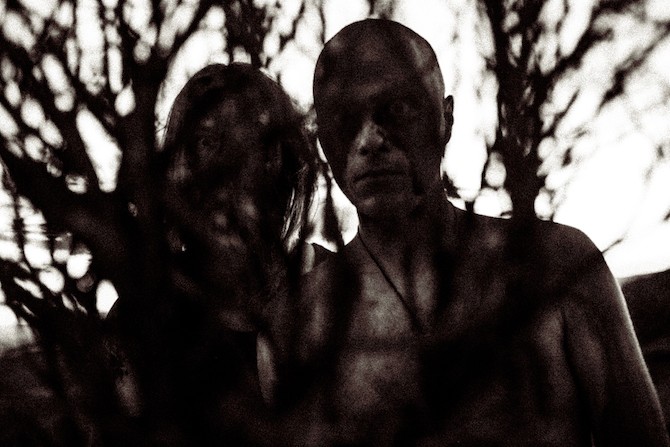 There are moments on Within a World Forgotten when the speed relents and the music is allowed to breathe a bit outside its claustrophobic confines. “Continuum Cruciatus” breaks for a moment for some ritualistic-sounding tom work while “Crusher of the Seed” and album closer “In Silent Vengeance” hint at some mighty Doom, if only for fleetingly short amounts of time. Most notable might be the almost ten-minute opus “49 Suns”. There are some mid-tempo moments and some Doom, but more importantly, the second half of the piece delves deeply into some apocalyptic folk ambience, falling somewhere between Neurosis’s quieter moments and Death in June’s martial atmosphere.

For such a challenging and brutal album, Within a World Forgotten is far from impenetrable. Infernal Coil excel at making every moment count and giving the listener something that maintains their focus. It is this attention to detail and songcraft that is sure to set them apart from many other groups treading the same territory. While this particular sub-genre of Death Metal may focus more on atmosphere than songwriting chops, Infernal Coil prove the two are not mutually exclusive.

One Response to “INFERNAL COIL: “WITHIN A WORLD FORGOTTEN””