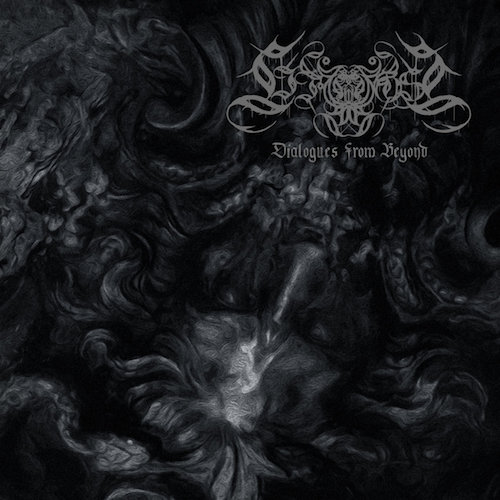 The first fruits of this new adventure are collected in a debut album entitled Dialogues From Beyond. Perhaps it will come as no surprise, at least to those listeners who are fans of Wormed, that the music transports listeners far away from the familiar contours of the world in which we lead our daily lives and into a midnight-dark, alien dimension that turns reality upside-down and inside-out. It is a mystifying, hallucinatory, and above all, a very frightening place. The album track, “Malign Emanatio“, that we’re premiering today is a vivid example of these achievements. 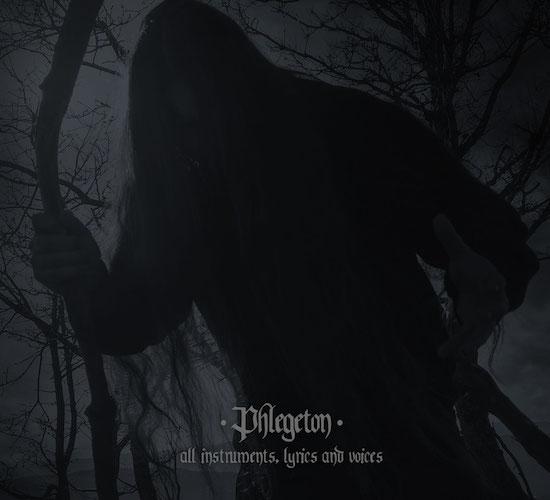 The video through which the song is presented includes images of swirling snowflakes, and that’s an understandable choice, because the one word that leaps to mind in experiencing the song’s dense cascades of sound is “chilling” — in both senses of the word: “Malign Emanatio” is ice-cold, and it’s genuinely frightening — cunningly calculated to create spine-tingling fear.

There are changing patterns in the song, with both the riffs and the drumming shifting together in ways that flesh out and fully reveal a thoroughly disturbing and yet hypnotic design. At first, blasting drums and a slowly warping riff that’s blood-freezing and cruel combine together to begin building that mood of fear, eventually joined by a higher, and more eerie wave of shimmering sound. When the drum rhythm shifts to an almost metronomic snare snap, the riff becomes even more uneasy, with an unstable rhythm that induces a feeling of vertigo and queasiness.

There’s a voice here, but it’s largely submerged beneath these sounds until the mid-point, when the drum rhythm briefly evaporates and the music becomes even more strange. When the blasting and booming drumwork returns, the riff changes again, becoming more feverish, more deranged, and also more pulsating and head-hammering. By the end (and it’s a startling end), the music has grown intensely harrowing and hostile, and perhaps even more heartless. 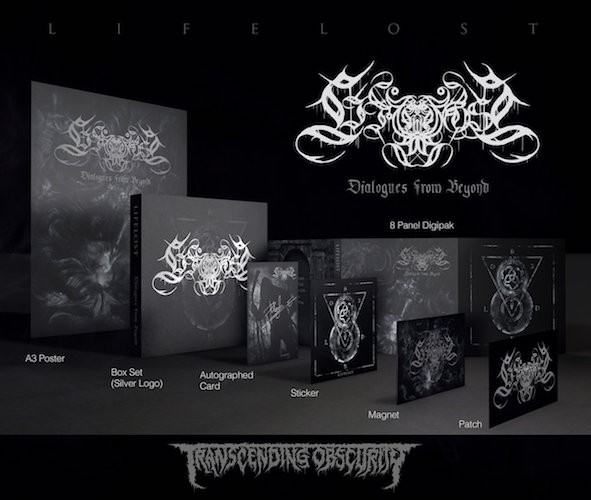 Lifelost’s Dialogues From Beyond, and related merch, will be released on October 28th by Transcending Obscurity Records, who recommends it for fans of Portal, Deathspell Omega, Svartidaudi, Mgla, Gaerea, Nigredo, Blut Aus Nord, Emperor, and Schammasch.

The album was recorded and mastered at Negative Sphere during 2017-2018, and the artwork was created by Phlegeton Art Studio. To pre-order, see the link below. And to listen to another, previously released, track from this striking album, just look below our premiere stream of “Malign Emanatio”.