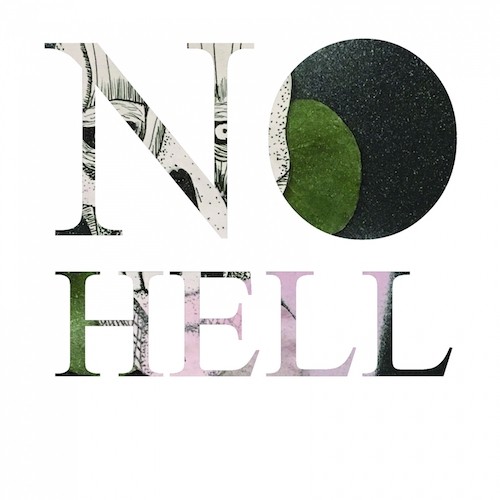 Writing more than a few words about “Inverted Cross Tattoo” runs the risk that it will take you longer to read them than to just listen to the song. Heedless of the risk, we will barrel ahead anyway, which is actually sort of appropriate since Sunflo’er themselves barrel ahead, heedless of risk.

There’s an unmistakable air of spontaneity about this song, which is loaded with exuberant twists and turns that are capable of both flipping your brain upside down like a frying egg (but not “over easy”) and leaving bruises on your kidneys. “Experimental hardcore” is a suitable label for the music. “Neuron-melting brawler” might be another. 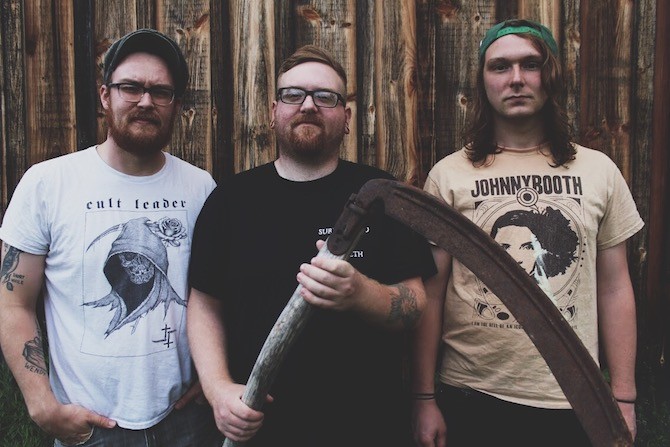 You really won’t know where the song is going, unless you read the following words, so maybe you shouldn’t. I’m writing them anyway, heedless of risk.

The slow reverberation of strummed chords creates a moody feeling, but a rambunctious drum bridge leads quickly into a madhouse of spastic, twisting notes, grumbling bass tones, and wild yells. The guitars rake at your head and then the song becomes a piston-driven rush with pulsations of grim vibrating strings. You veer around another corner, to be met by a syncopated drum beat and evanescent pulsations of melody, which grow into a musical brawl of heavyweight bass and slashing guitars. Those peculiar pulsations of melody surface again — and are cut off without warning.

I doubt I could pinpoint the influences within this quick and kaleidoscopic track, and would resist doing so anyway, but for those who might be interested, the band provide their own roadmap to “Inverted Cross Tattoo“, just as I attempted to do; they might be a better source:

“The title is a direct homage to a dear friend of the band, Rob Ramsay, who wears such a tattoo behind his right ear as a charm against lawmen. The track itself spans a great deal of sonic territory from our collective wheelhouse. The opening riffs cite any number of atonal, offbeat influences from the mathcore oeuvre, transitions into some power-chording a la Cursed, then ends on a groove in eleven that’s essentially a love letter to Don Caballero. We have a habit of kicking off rehearsals with improvised Don Cab-esque jams and that particular riff was undoubtedly the result of one such session.”

Here are the lyrics:

“Timeless man is always in the presence of his time. A story never dies I know a story never dies. Don’t let the bastards get you down. Don’t let your diamonds disappear. A good story never dies, it always comes back around. The sun is almost rising in reverse. Run. Come together, be together. From wherever, love forever. Whose man turns back the sun?” 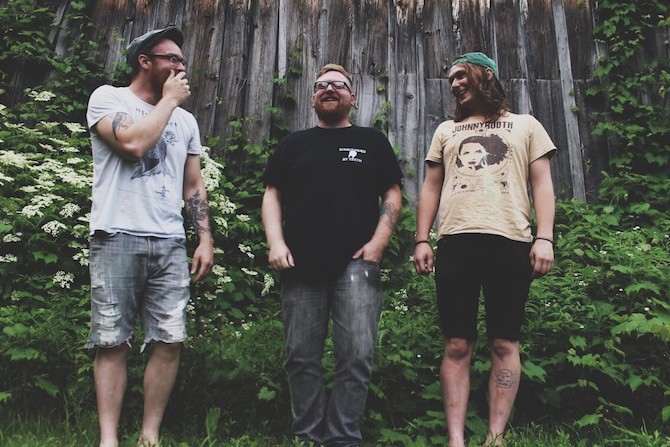 “Inverted Cross Tattoo” is one of ten tracks off this New York trio’s new record, No Hell, which will be released on September 28th (digitally and on CD) by Ottawa-based Noise Salvation Records, a label helmed in part by Fuck The Facts’ Topon Das. It was recorded, mixed, and mastered at Topon Das’ Apartment 2 Studio, and engineered by Scott Burniston — and the CD release will come to you packaged in an art and lyric ‘zine, featuring collages and photos by the band, as well as written and artistic contributions from other members of the New York punk scene.