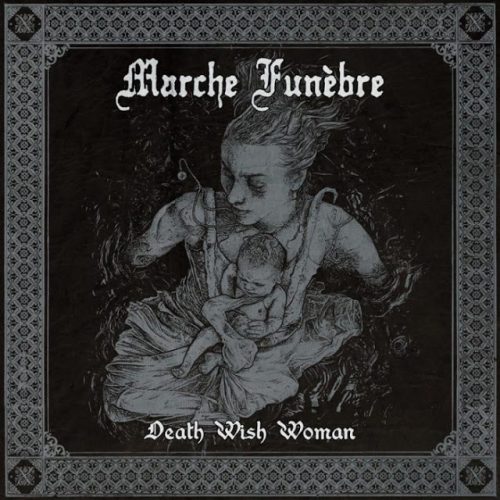 When my NCS comrade Andy Synn made the Belgian band Marche Funèbre the subject of his 44th Synn Report almost five years ago, reviewing their debut EP and first two albums, he recommended them for fans of My Dying Bride, Eye of Solitude, and early Paradise Lost. He wrote: “Desolate and depressive, ominous and oppressive, their often lengthy, drawn out songs are simultaneously draining and invigorating – at times they hit with instant impact, at others they build slowly and insidiously, insinuating themselves into the darkest corners of your mind.”

Since then the band have released one more album, 2017’s Into the Arms of Darkness, and a pair of splits. And now, to celebrate their tenth year of life as a band, Marche Funèbre have recorded a new four-song EP that will be released on October 14th by GrimmDistribution and Cimmerian Shade Recordings. Death Wish Woman is its name, and what you’re about to hear is its title track — and if you’ve never heard this band before, you’re in for an electrifying surprise. You might be in for an electrifying surprise even if you have heard their music before. 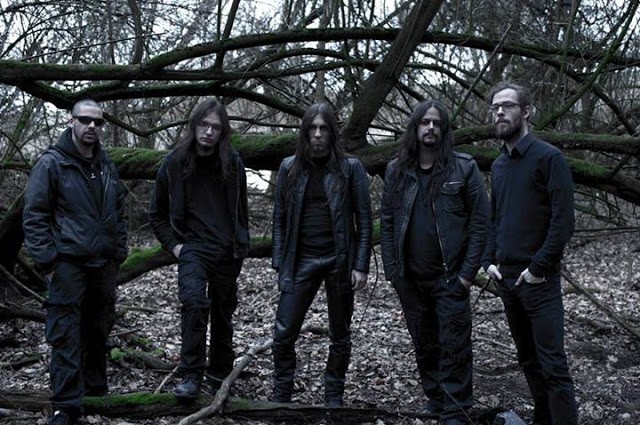 “Electrifying” is the main word that keeps coming to mind in thinking about this new track, along with “addictive” (highly addictive). Crushing, majestic, and doleful doom/death this is not. Although the band have certainly proven themselves highly capable of harrowing those haunted fields, they put the pedal to the metal in “Death Wish Woman“.

They’ve packed the song with an array of high-intensity, immediately infectious riffs, and matched them with an equally vibrant array of bass-and-drum rhythms that together make the song such a highly head-bangable thrill ride. As the band move through their racing paces, you encounter jittery fret-work and thundering percussion, a jabbing, jolting riff paired with a hard-slugging drum beat, and yet another riff which, along with a slower rhythm, transforms the song into a lurching, shape-warping beast shaded in gloom.

While the band move through these changes (and more), the vocals also change to match the permutations of the music, delivering savage, blackened snarls, vicious death metal growls, and fiery, sky-high, anthemic clean vocals (which are sometimes joined by those furious, livid snarls to create spine-shivering duets).

The crescendo of the song is introduced by a craggy bass solo over a syncopated drum pattern, and that’s a signal that your neck is about to get one last big workout as the song hammers its way to a close.

There are three original songs on Death Wish Woman, in which Marche Funèbre celebrate their decade of doom by showing the breadth of their talents and interests, and it’s entirely fitting that they close the EP with a cover of a classic Paradise Lost song from the early ’90s — “As I Die”.

Look for Death Wish Woman on October 14th in CD and tape formats from GrimmDistribution and Cimmerian Shade Recordings. Credit for the cover art goes to Alex Norman.