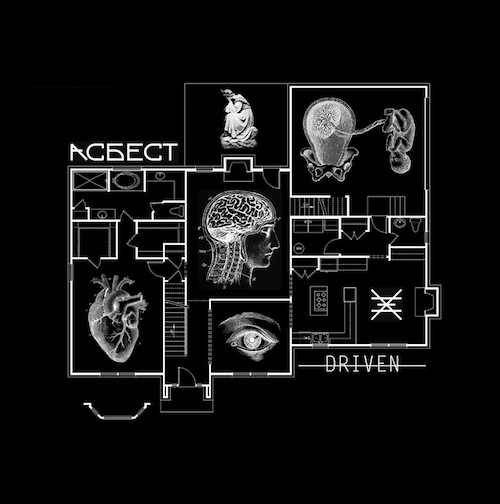 It’s a tough call whether the music or the imagery in this new video is the more intense, the more disturbing, and the more captivating aspect of the experience — not that we must make a choice, of course. The fact that both the song and the film are so gripping (and so unnerving) just makes the integration of the two unusually compelling.

The song is not brand new. “They Kill” was the first single released earlier this year from Driven, the new album by the Swiss trio Asbest, which will hit the streets on September 28th via Czar of Bullets and A Tree In A Field Records. But even if you’ve heard it before, it’s not the kind of thing whose novelty wears off easily. And if this video provides the occasion for you to hear it the first time, you couldn’t find a better introduction to the song. 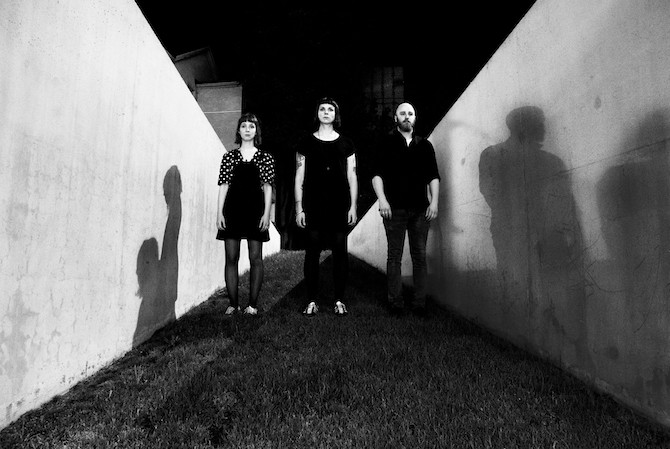 The inspirations and objectives for the music of Asbest, and for this song in particular (which we will get to), are themselves interesting (and charged with a very personal intensity). But simply taking the music at face value, “They Kill” is a fascination all its own.

The mood of the music is somehow both enraged and devastated, both seething and brooding. It’s a powerful headmover, but the discordance in the music is equally unsettling. The guitar flickers and erupts in bursts of livid chords. It discharges a bone-grinding heaviness and emits a febrile kind of angst against a background of swirling, hallucinatory sounds. The song mounts to a crescendo of intensity, and closes in a scalding and abrasive cacophony. And through it all, the reverberations of a high, fiery, wailing voice underscore both the anger and the desolation of the song as a whole.

As for the video, it’s deeply mysterious, but the fact that the fast-cutting scenes are open to interpretation (and might ultimately be confounding) in no way detracts from their attention-seizing impact. And I think that’s all we’ll say about it — other than to observe that it’s beautifully made. Credit to director James Hankins, director of photography Paul Samuel White, editor James Hankins, and the large, expressive cast. 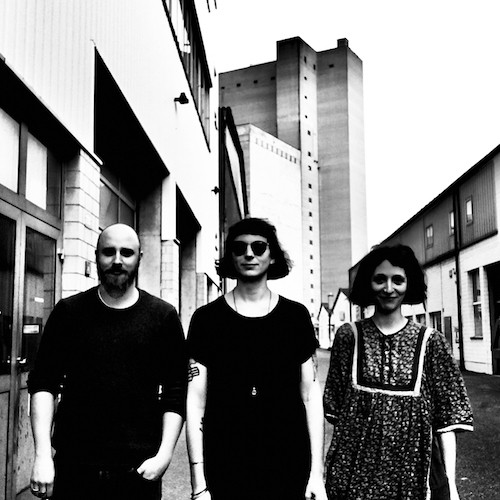 Asbest is a German word for asbestos, chosen by the band as a symbol for some of the social observations and criticism that underlie their music: “Asbest,” they explain, “is a fibre that is part of the structure and yet its existence is undesired. As soon as an attempt is made to remove Asbest, it becomes harmful. Asbest is the system’s own inherent contradiction”. In genre terms, the band’s music braids together different styles, with post-punk, noise rock, and shoegaze as the cornerstones.

There is also a story behind the band’s intentions for the song in the video:

“They Kill” is to be understood as an act of social criticism. The point is that there’s a tendency to make profit out of the good and the progressive, which can be understood on both economic and social levels. Shortcomings are artificially created to keep the machinery running. Think of modern slavery which produces goods for the West or low-wage labourers that pack and ship goods in wholesalers, to the many subcultures that are and have been dragged from the underground into the media spotlight only to be sucked dry. Everything to maximize their machinery of profit. In the song “They” being the denominator for “their”.

One final piece of information if you’re new to Asbest: The music reflects not only reactions to many of the ills of the current age, but also the personal experiences of the band’s singer and guitarist Robyn Trachsel, who is a trans-woman. “By illuminating the particular,” she says, “we criticize the general: we criticize the repressive form of society using the gender discussion as an example.“ (The line-up is completed by drummer Jonas Häne and bassist Judith Breitinger.)

Driven was produced by Dominic Mitchison (Spectres, Velcro Hooks, LICE) at Malthouse Studios in Bristol. It will be released on September 28th by Czar of Bullets and A Tree In A Field Records. It will be made available on vinyl, and in a limited vinyl edition one hundred white and black marbled vinyl copies, together with an equally limited tote bag