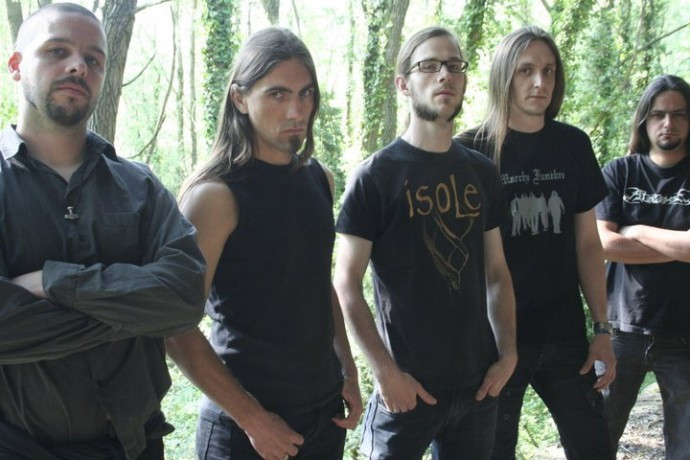 (Andy Synn delivers the 44th installment in this series, reviewing the discography of Belgium’s Marche Funèbre.)

Recommended for fans of: My Dying Bride, Eye of Solitude, (early) Paradise Lost

Doom – any form of doom, from groaning cadaverous crawl to crushing melodic melancholia – isn’t really a genre I’ve touched on all that much in The Synn Report. Oh sure, there’ve been a couple of bands that flirt with doomy atmospherics and haunting ambience, but (as far as I can recall) no one who’s really been a full on Doom Metal act.

Well it’s time to change that.

Hailing from Antwerp, Belgium, Marche Funèbre deal in a form of downcast, depressive Death/Doom which shifts seamlessly between a funereal march and a thunderous death metal gallop, accented by frail threads of plaintive clean vocals and searing flashes of majestic lead guitar.

Desolate and depressive, ominous and oppressive, their often lengthy, drawn out songs are simultaneously draining and invigorating – at times they hit with instant impact, at others they build slowly and insidiously, insinuating themselves into the darkest corners of your mind. 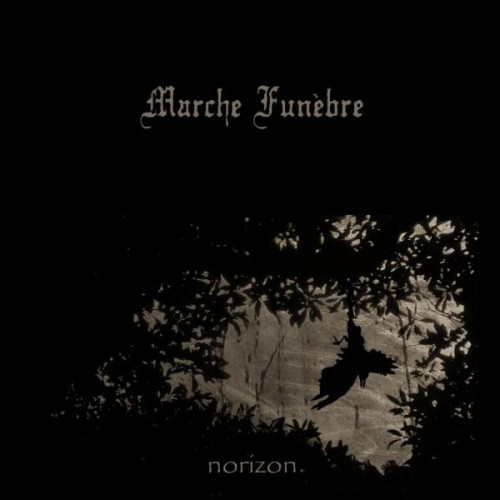 The band’s debut EP begins with the rough, scratchy chords and supple melodies of “The March”, a minimalist introductory track that swiftly leads into the brash, stomping  tread of “The Silent Watcher”, a slow-burning death march of jagged chords, crunching riffs, and low, grumbling growls. Suddenly the pace increases in a frantic rush of fear, harsh, scything guitars and rampant, raucous drums clattering chaotically in dissonant fury, building exponentially to a final climactic disintegration of brutish, chugging doom.

The sharp hooks and rending teeth of “Benighted” conceal an undercurrent of subtle melodic poison, where lithe basslines slither through the shadows, while the mid-section of the song possesses a surprising turn of speed, rattling along at a breakneck pace, carried by a raging wind of blackened screams and enigmatic melody.

“On Wings of Azrael” begins with a sequence of eerie, Lovecraftian melodies – sweet and subtle, devilish and demonic – before uncoiling into a serpentine series of morbid chords and chugging, staccato stops, layered with touches of deathly fury and draconian disharmony. Stormy riffs and tightly wound tourniquets of melody stagger and soothe as, slowly but surely, the song turns inwards, twisting and contorting, transforming into something equal parts beauty and beast. 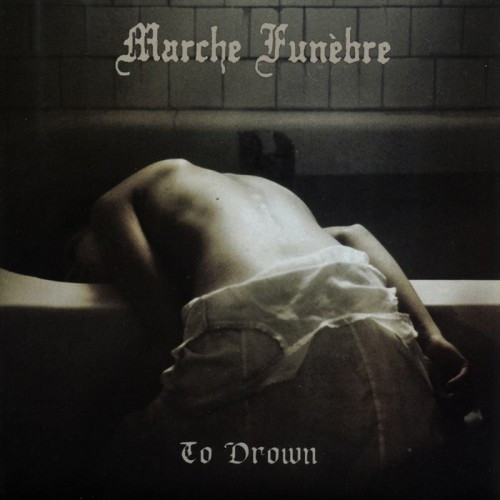 The ghostly ambience and menacing guitars of “Into Deadly Marshes” lead the listener into “Valley of Tears”, whose portentous vocals and dreary, hearse-driven chords soon shift gear into something far more deathly and savage. Harsh, rasping screams and choked, ugly growls trade off with melancholic clean vocal melodies, as the song tumbles and turns, shifting from sombre struggle to pitiless aggression in the blink of an eye.

The roiling Death/Doom of “The Well That Drowns Me” is accentuated by touches of gothic melodrama and mood, its deft melding of clean and harsh vocals adding a sense of faded glamour to every dreadful, dragging chord progression and staggering, weighty drum beat. The song’s intricate guitar work moves from progressive nuance to driving riffage with well-practiced precision and impeccable timing, while the drums fire off an ever more impressive array of lithe patterns and sweeping fills.

The unsettling harmonised clean guitars and strange, martial drum work of “Regiment of the Hopeless” slowly open up into a wide vista of echoing chords and skittering snare rolls, serving as a prelude to the more intense and aggressive “Of Dreams and Vanity”, which kicks in hard and heavy with some truly violent death vocals and a rippling undercurrent of percussive muscle. As it progresses through cycles of rage and pain it plays off its rumbling death growls against a flowing tapestry of sonorous clean vocals, mixing emotional catharsis and anguished introversion atop a canvas of tumultuous drums and powerhouse guitars which meld choppy riffage and solemn, gothic chords with writhing tremolo runs and eloquent, enigmatic leads.

The cold, fateful opening of “The Dark Corner”, with its eerie, whispered vocals and tolling clean guitars, finally bursts into unholy life with a series of clashing, chugging riffs and rippling drum patterns, over which wrenching harsh vocals weave a deathly spell of doom and gloom. A doleful melodic chorus twists things in another, unexpected direction – deep and resonant backing vocals opening up the stage for a central, heart-rending intonation of quivering pain and loss – as the song switches back and forth between despair-drenched melody and harrowing aggression.

The album concludes with the grandiose “Lethe”, nearly 20 minutes of twining guitar leads, droning chords, and sullen, bombastic riffage that coils and lurches through draining movements of doomy melancholia, bleak, blackened catharsis, and ageless, deathless power. Moments of penitent calm contrast with explosions of brimstone ferocity, as incubus melodies taunt and tempt and dazzling guitar leads swoop and soar with perfidious majesty. The whole epic composition seems to drift by in mere moments, its lotus-like lethargy transformed into crimson energy by the sheer passion and precision of the band’s performance. 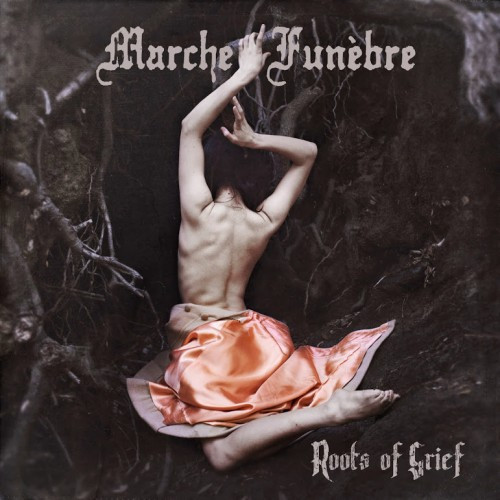 The band’s second full-length dives straight into the abyss with the crippling depression of “These Fevered Days”, where groaning, monolithic chords and oppressive darkness hold sway, broken only by the faintest cracks of melodic light. The vocals trade off between pained guttural growls and raw, embittered cleans, building in anguished intensity as the song progresses, climaxing in a finale of pained, protracted decline.

The track melds seamlessly into “As In Autumn”, which patiently builds layers of strained, forlorn vocals into a hypnotic melodic refrain, dissonant and harmonious in equal measure. The desolate textures painted by the guitar work heave and undulate with every subtle twist and turn of the drums, which power the song onward with relentless force, conjuring a thick cloud of despondency and despair.

The calm solemnity that begins “L’avenue des cœurs passes” soon gives way to a torrential downpour of pain and heartache, waves of melancholy melodic guitars crashing up against dense breakers of cracking drums and thrumming bass. The vocals – a mix of wrenching screams, deep growls, and tender melodic grace – are delivered with fire and passion, while subtle hints of blackened, joyless disharmony creep through the shadows, lurching forward into the light at key moments to gnaw at your raw and ravaged nerves.

The prominent lead guitar work that anchors “Nothing to Declare” casts a bleak pall across the track, harmonised here and there by tremulous clean vocals that strain and struggle beneath the breaking weight of their emotion. The dismal crawl of the track is broken up by moments of calm lucidity and sudden eruptions of cathartic rage, which prime the album for the heavier and harsher delivery of “Roots of Grief”, a song that delves much more into the deathly, blackened roots of the band than any of its counterparts. Rough-hewn tremolo melodies and menacing hanging chords vie for space and dominance, cutting through with impressive violence, finally collapsing into a ruinous funeral march of sluggish, heaving guitars and haggard, vehement vocals.

The instrumental interlude of “Bleak” allows a brief pause before the gorgeous opening bars of “Crown of Hope” signify the climactic finale of the album. Its gorgeous clean guitars and slow, languid bass lines flow smoothly beneath a frail and elusive vocal melody, fragile and vulnerable and aching with loss. It builds slowly and patiently, adding a steady drum beat here, a haunting lead guitar there, twining together layers of haunting harmony and mournful concordance until finally collapsing into a pit of grim, guttural vocals and dense, grinding riffs, only to rise one last time on a glorious tide of grandiose chords and mountainous melody.