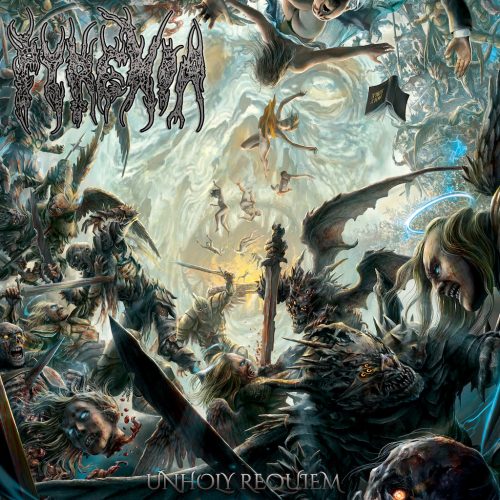 (On September 14th Unique Leader Records will release a new album by NYDM band Pyrexia, and here we have Vonlughlio’s review of the album.)

As I sit in the santuary part of the house on a Saturday night, being sick, I have been thinking about the early- and mid-’90s living in the Dominican Republic and being a metalhead. It was a time when you would go to small get-togethers and see local bands perform, and to talk music with that guy who seemed to have all the info, as well as cassettes (I’ve mentioned him in some of my previous small write-ups). Sure, it was not a perfect time, but people weren’t uptight, and if you liked a band, cool, and if not, that was cool too. Nowadays, well, it’s not the same, but I won’t get into that.

So, why was I going back down memory lane?? Well, it’s because I had been given the opportunity to write about Pyrexia’s new album, Unholy Requiem. This band, founded in 1990 in New York, made waves in the scene with their demos and their 1993 debut album Sermon Mockery, one of the best Death Metal albums to be released and a true classic, at least for me. That album is ferocious, unapologetic, and in-your-face, with everything working together perfectly, from the riffs to the vocals, the drums, and the production work. This band, along with Suffocation, Internal Bleeding, and Dehumanized, were bands who left a mark in the scene, and that will be forever evident. 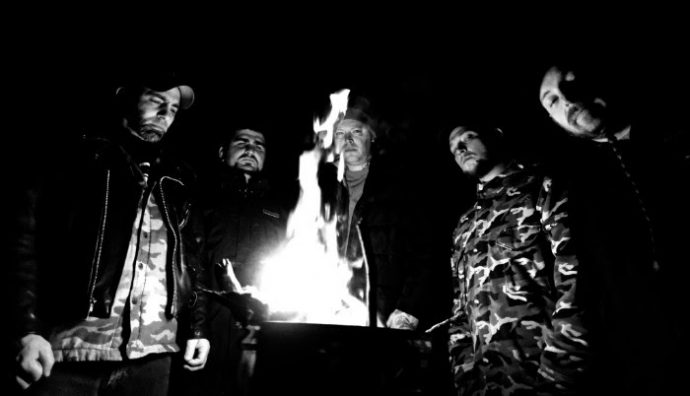 After Sermon Mockery the band released three more albums in their career, the last one arriving in 2013, and although I must say that they don’t surpass their debut, they are good releases and I have enjoyed them. The 2007 and 2013 albums, Age of the Wicked and Feast of Iniquity, were more groove-oriented, and some of the songs were not as appealing as what had come before. I was also kind of disappointed in the vocals, which at times were in sync with the music but at times felt lacking.

Five years after the last album, Pyrexia announced a new release, which was both exciting and somewhat worrisome. After all, it’s been awhile, and it was hard to know what to expect. More grooves, less Death?? How would the vocals sound?? So many questions, and no immediate answers. The first single surprised me, so I listened to it again and again. The production sounded more natural, the vocals more angry and hateful. And then I was able to listen to Unholy Requiem in full.

To be honest, I’ll start by saying that it isn’t a perfect album — not a Sermon of Mockery part 2. If you had hopes for that, this will disappoint you. But putting that to one side, this album is way better than their last one. It is more in-your-face, driven by violent riffs, angry vocals, and drumming executed with precision, adding more depth to the experience.

Each of the songs has character and shows great musicianship; they all have souls of their own and blend in well together. The length of the album also works well — not too short, not too long, just the right duration to keep the listener engaged. As I mentioned, one factor that had me worried were the vocals, but they make for a good match to the music. (I would have loved some more growls here and there, in some specific parts of the songs, but maybe that’s just me.)

Overall, this really is a good album, and I hope more fans will give it a chance and enjoy it as much as I have. This is a solid effort, and one that will keep me listening to what they may do next. Even though Pyrexia don’t have as many releases as other greats from the NY area, they should have the recognition they deserve.