The flood of new metal continues unabated. Since yesterday’s round-up, I’ve accumulated more than a dozen new tracks (not to mention newly released EPs and albums) that I’m itching to hear, on top of all the others I didn’t have room to include yesterday. In an effort to keep at least my nostrils above water, I’ve picked three new ones (two of which come with videos) to quickly launch at your heads today.

Those who live under rocks are unaware that Bloodbath have a new album coming out next month. Everyone else knows. Now there’s a first single to be consumed, the name of which is “Bloodicide“. And guess what? It includes guest vocal appearances by Jeff Walker (Carcass), Karl Willetts (Bolt Thrower/Memoriam), and John Walker (Cancer). Before you enjoy the song, enjoy these quotes from two of the guests:

Jeff Walker: “I owed Nick a tenner, so he told me instead of sending the bailiffs round he would kindly let me pay off my debt by contributing vocals to his new album. Imagine my great disappoint when I found out it wasn’t for THAT band but, was in fact for BLOODBATH. I have great faith in him that my vocals will be lower than his in the mix”

Karl Willetts: “I have known Nick Holmes for over 30 years – so when he asked me to do some vocals for the new Bloodbath album how could I refuse? The opportunity to do things like this in life don’t often come twice so I am really pleased to contribute in a small way to this legendary opus!”

I don’t know that I would go so far as to call the new song legendary, but it’s a whole hell of a lot of HM-2-powered fun — a chugging, galloping, skull-pounding mauler accented by freakish leads and an ear-incinerating solo. The vocals are of course great. Red meat for the faithful….

The Arrow of Satan Is Drawn (that’s the name of the album for your rock dwellers) will be released on October 26th by Peaceville. 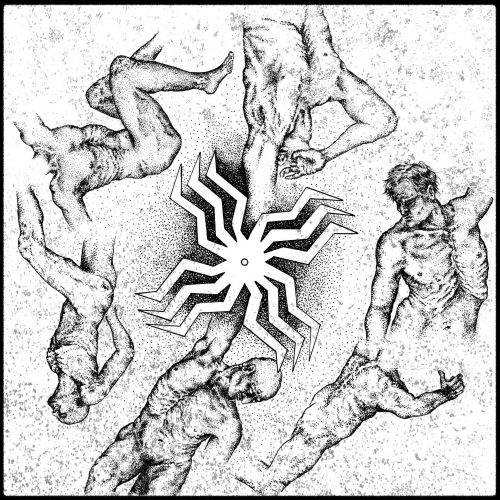 Even if you don’t live under a rock it’s possible you don’t know about Slaegt. As an introductory primer, you might want to explore this quartet of NCS posts, which includes an interview of vocalist/rhythm guitarist Oskar J. Frederiksen. Or you could just dive into this next song.

The song is “Perfume and Steel“, off this Danish band’s new album, The Wheel. “Epic blackened heavy metal” is what the PR materials are using now in an effort to encompass Slaegt’s hard-to-pin-down sounds. This song in particular is a fire-breathing, blood-pumping thrasher… with a (perfumed) twist in the middle… and evidence of both blackening and epicness thereafter, plus a hell-hot guitar solo. Welcome back, dudes.

The Wheel will be released on October 5th by Ván Records. 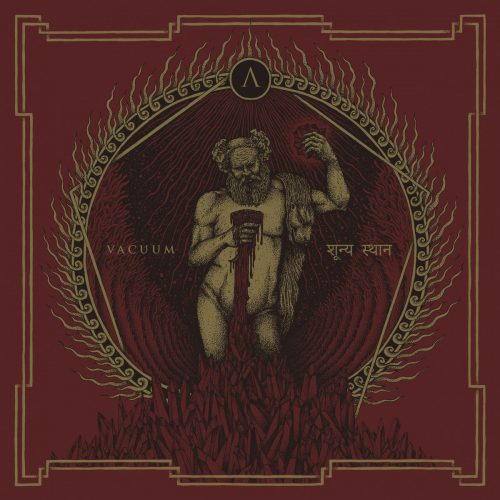 Entropia might also be an unfamiliar name for a few of you, and once again I can point you to a quartet of previous NCS posts to provide a bit of background, and evidence of why I try to pay close attention to this Polish band’s latest maneuverings. And at this point the latest is a new album named Vacuum, which was allegedly recorded on Planet Earth but I have my doubts.

The first single, “Astral“, does have its glimmering, off-planet aspects, in which the mysterious music of the spheres can be heard. But the song is also even more extravagantly glorious… and bruising… exploding with the ecstasies of chaos, spearing the mind with peals of shining sound, battering the skull with full-throttle drumming and piston-driven bass, and in very short order yanking you completely outside yourself. What a wonderful introduction to the new record.

Vacuum will be released digitally and on CD and vinyl by Arachnophobia Records. The release date is September 28. The cover art is by Kuba Sokolski.