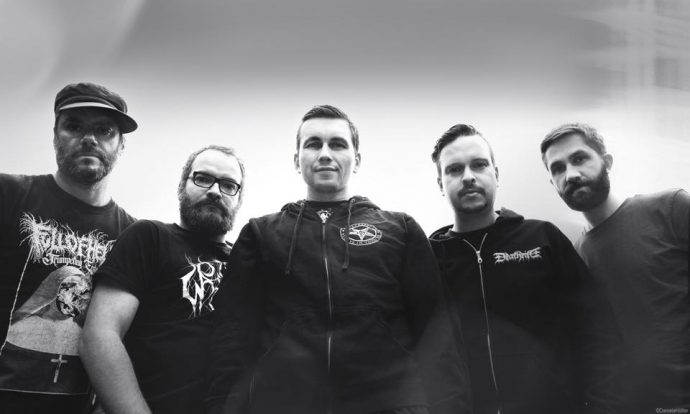 (In this week’s edition of Andy Synn’s WAXING LYRICAL the focus is the lyricism of the German band Phantom Winter, as discussed by vocalist/guitarist Andreas Schmittfull.)

The name Phantom Winter should be familiar to most readers of our site as we’ve written about the German quintet several times, heaping a large amount of praise on their visceral brand of Blackened Sludge Metal over the years, as well as engaging in numerous discussions about their rigorously shaped and savagely delivered philosophical and socio-political lyrics.

It should be no surprise to learn then that the band’s vocalist/guitarist (and primary lyricist) Andreas Schmittfull had a lot to say and a lot of interesting insight to offer when I (finally) managed to pin him down for this edition of Waxing Lyrical.

So, without further ado… take it away Andreas!

After nine years of Omega Massif, which means nine years writing instrumental music without any lyrics, I felt the need for change.

I initially just wanted to start Phantom Winter as a side project, but then Omega Massif ended and the side project became my main focus after just one or two weeks of existence.

The others in Phantom Winter trust me with the song writing and lyric writing as they know I put a huge amount of effort into it. To me it’s another important way of expressing yourself, a very personal and private thing and I like to use it to give others a glimpse of my own inner world. 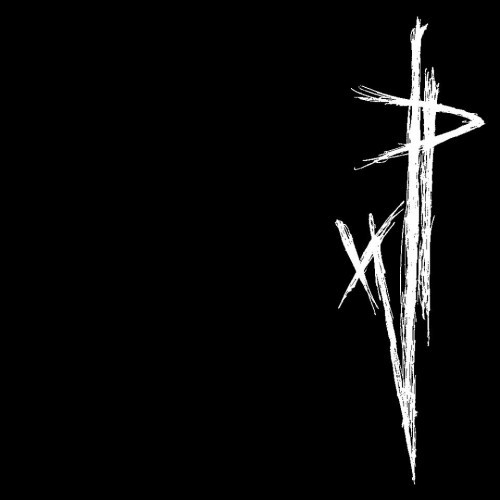 I read a lot in general and steal and adapt thoughts of others, whether they’re well-known authors like Sylvia Plath or interesting persons I meet, friends, etc.

I get lots of impressions while watching the news, while walking through the city or in the woods or even (on one occasion) while bathing next to a hidden waterfall on a Canadian vacation.

I even get influenced during work, and one of my latest and most intense ways of getting inspired is talking to my kids.

Then, after I’ve collected many impressions, quotes, and pictures in my mind, I combine them and mix them in a new way to create something original and (hopefully) interesting.

“Wherever you go, you take yourself with you.” is a quote used in the liner notes for our song “Godspeed! Voyager”, and this idea is at the core of all my writings.

You can change your friends, you can even change the continent you live on, but you will always carry your most fatal burden with you… yourself.

So the main problem and the biggest joy in your life lies in yourself.

All the quotes I use mean a lot to me, otherwise I would not have chosen them. Like this one from the witch-documentary “The Burning Times”, which appears in the song “Bombing the Witches”:

“The witch burnings were a way to take control of women’s powers of reproduction which of course includes sexuality and women’s powers over reproduction which could include midwifery,  contraception, abortion, women’s control of women’s bodies and reproductive issues. This is a part of a process of housewifization and domestication of women. It took place over several centuries, but it began in the same period as the witch burnings.”

In one fell swoop it explains what my biggest interest in the whole witch thing is, as although these days the cliched view of witches is an image of old hags spoiling babies and cursing people, the word “witch” really means outcast, someone who is unwanted, who is in your way, which is reflected in this desire for control over women and their disempowerment through religious lunacy.

Looking at this today you can see why the world is the way it is. And I do not want to accept this. 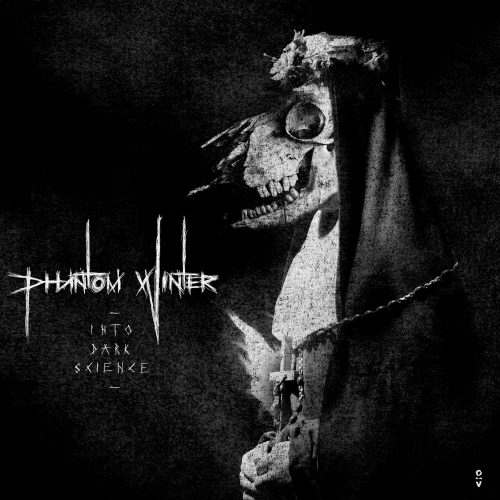 I am not sure exactly how my process has changed, if it did. I’ve always had different books into which I write my stuff, although these days I’ll use my smartphone if I am without my diary.

I suppose that before the whole smartphone thing there was no smartphone so I had to use pencil and paper.

But I still find myself just walking through the world with open eyes and writing down what annoys me.

When it comes to changes in my writing I feel like the “Darkness-Trilogy” (that’s how I refer to our first three albums) is a journey from depicting things that disgust me to the realization that I have to change myself and be happy and confident and find the place I want to be.

In contrast to my music, which I like to be very static and monotone, I love progression in my mind and learning and development, a never-ending journey with every day bringing something new.

“Avalanche Cities” from the Cvlt album was written while I was struggling my way through Thomas Pynchon‘s Gravity’s Rainbow. Don’t get me wrong, I think it is a masterpiece, and if you ever plan to read this I can guarantee you, it is a tour de force… but it’s so hard to read.

I think every person reading it will understand it in a different way, and I am not even sure if I understood it. But I stumbled over these sentences a character named “Gwenhidwy” says:

“If the City Paranoiac dreams, it is not accessible to us. Perhaps the City dreamed of another, enemy city, floating across the sea to invade the estuary… or of waves of darkness… waves of fire… perhaps of being swallowed again, by the immense, the silent Mother Continent?

It’s none of my business, city dreams… but what if the City were a growing neoplasm, across the centuries, always changing to meet exactly the changing shape of its very worst, secret fears?”

And at the same time I remembered one of the stories out of Clive Barker’s Books of Blood I, “In the Hills, the Cities”, that I highly recommend.

The song also got an important quote from the film Dark City, where aliens can morph cities to study the individuality of humans, as they do not understand the concept of individuality.

All of these influences I used in “Avalanche Cities” to express my feelings about the concept of humanity and its ability to destroy itself.

That’s why I chose the title — “Avalanche” can be read as an addition to “Cities”, like “cities that destroy”, or it also can be read as a request, more like “destroy cities!”.

“Godspeed! Voyager” from Into Dark Science provides a more personal view into my inner self than Cvlt.

My main inspiration on this one comes from the Haruki Murakami novel “The Wind-Up Bird Chronicle”.

There are these sequences where the main character, Toru, climbs down to the bottom of a dry well to think and to visit some kind of a parallel world, a hotel room, where he gets nearly beaten to death. He lies in the well and it starts to get filled with water, and needs to be saved from this as he’s trapped in a coma.

I used these pictures Murakami planted into my head to create something different. This song is about accepting yourself, your light, your darkness, your problems, your positive and your negative sides. It is about relationships and the never-ending search for happiness.

It’s also about misunderstandings, failure, the search for some kind of light, for the sun. Nobody wants to end in a well, neither drowning nor with a broken spine. There are so many people who think that they need more darkness in this world, who embrace darkness as a mental state.

Don’t get me wrong, melancholy can be something wonderful! And I can enjoy a beautiful, foggy autumn day with the leaves falling from the trees and everything around me dying.

But I really love the sun way more and I know that I am happier with warmth and sunlight on the inside and on the outside.

So “Godspeed! Voyager” tries to explore the relationship between failure and happiness, not giving up, the search for joy and the loss of bitterness. There is real darkness in this world and it will always find you, sooner or later, without you having to go searching for it.

I have a lot of visions and plans in my mind and I’ve started writing new stuff already, so I’m hoping I will finish the new album within the next four to five months.

It’s likely that the next album(s) will focus on children, as I am a father of two. But that will only be one of the facets the next album will have.

As I am planning it now, it might be some kind of a coming of age opera with some twists you would not expect. But this one is still in development so I cannot give a guarantee.

And my final recommendation is to read as many books as you can and take as many walks as you can (I should do that way more often)!