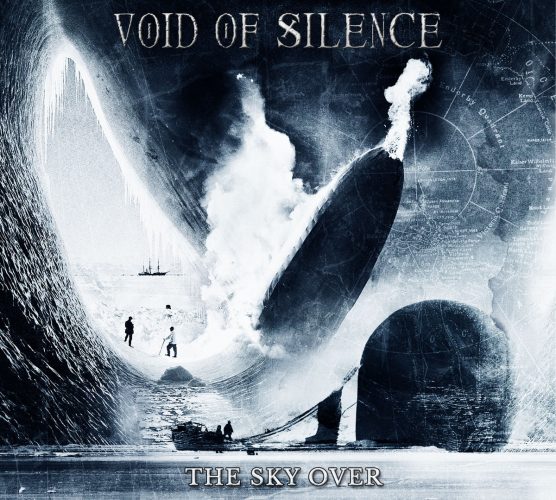 (We present Andy Synn‘s review of the latest album by the Italian band Void of Silence, which was released earlier this year by Avantgarde Music.)

I’ve had Italian Post/Doom Metallers Void of Silence lined up for an edition of The Synn Report for quite a while now, as it’s long felt to me like their signature combination of titanic riffs, symphonic keys, riveting vocal melodies, and ambient industrial embellishments, has the potential to really speak to a significant segment of our readership.

However a few different factors have all combined to the point where it simply made more sense to (finally) review their new album (their first after a lengthy, eight-year-long, hiatus) in isolation, particularly since, in my humble opinion at least, it’s one of the very best records of 2018. 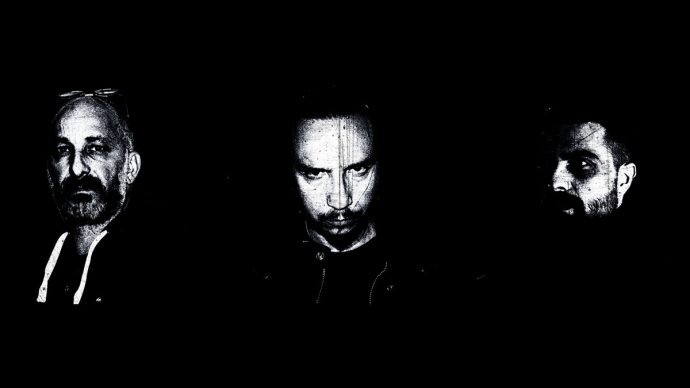 The solemn slow-burn of “The Void Beyond” makes for a truly challenging, yet utterly captivating opener, by turns utterly haunting and oppressively crushing, which builds and builds, slowly but surely, through several minutes of swirling keys and echoing ambience into a wall of dense, vibrating guitar strings, steady, pulsing percussion, and scintillating synthesised symphonics, all topped off by the eloquent, evocative clean vocals of new singer Luca Soi, whose soulful voice soars high above the bleak and brooding soundscapes conjured by his bandmates on wings of stirring, sorrow-stricken melody.

At a little over sixteen minutes in length it’s certainly an ambitious opening statement, but once it has its hooks in you it becomes practically impossible to do anything other than sink into a rapt and hypnotised trance until the very end.

The teasing melodic interlude of “Abeona” allows for a few moments of rest, the trio (completed by guitarist/bassist Ivan Zara and drummer/keyboardist Riccardo Conforti) clearly aware of the physical and emotional toll which the opening track may well have taken on their audience, before the title-track once more immerses the listener in a dreamlike, doom-laden array of sombre, shuddering chords and heart-rending melodies, all interwoven and layered atop one another in an ever more complex and compelling pattern, to the point where attempting to pick the song apart piece by piece becomes an exercise in futility, and the only reasonable way of absorbing and understanding it is simply to let it wash over you and to drink it in its entirety.

Once again the band follow up this epic endeavour with a shorter, less extravagant, piece, in this case the darkly meditative “Adeona”, which allows for a period of – if not necessarily rest this time around – reflection upon what has been experienced so far.

And, once again, it’s a smart structural choice, ensuring that the more monolithic musical statements which comprise the meat and the marrow of the album are given the requisite amount of space and separation to breathe on their own, all without betraying the interlinked narrative which ties the record together.

“Farthest Shores” is just as spellbinding, if not more so, than its similarly epic predecessors, the mix of moody clean guitar work and spectral keyboard melodies in the song’s intro providing a near perfect blend of the organic and the artificial, while the ebb and flow of doomy distortion, piercing leads, and strummed acoustic melody, which makes up the rest of the track paints a truly vivid and vibrant picture of gleaming light and gloomy shade, where every subsequent listen seems to reveal something new.

Concluding with the atmospheric instrumental arrangement of “White Light Horizon”, whose soothing waves of aching ambience and mournful melody serve as the contemplative calm after the storm, The Sky Over ultimately proves itself to be not only a triumphant comeback (and a more than worthy new entry in the band’s engrossing discography) but also one of the most majestic, most melancholy, and most multi-faceted, albums of 2018.

3 Responses to “VOID OF SILENCE: “THE SKY OVER””