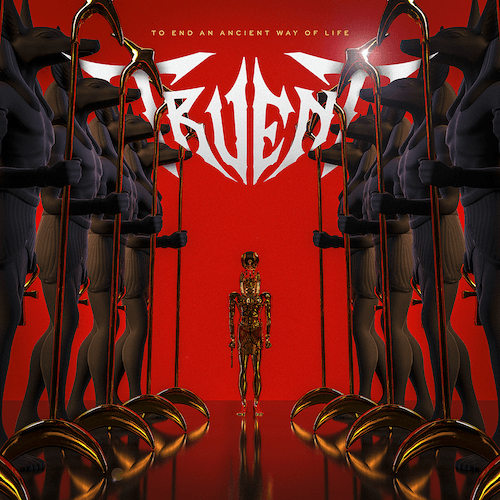 The Vancouver, BC, band Truent made their impressive recording debut last year with an EP entitled Faith in the Forgotten, and they’re following that one with an even more impressive EP, To End An Ancient Way of Life, which we’re highlighting today — the day of its release — through the premiere of a full stream.

The four tracks on this new EP provide a turbocharged thrill-ride, each song displaying flamboyant technical fireworks, but within a framework of tremendously punishing and head-hooking grooves, and threaded with through-lines of melody (both bleak and boisterous) that further stick the songs in your head. The impact is ferocious, frequently explosive, and persistently electrifying. 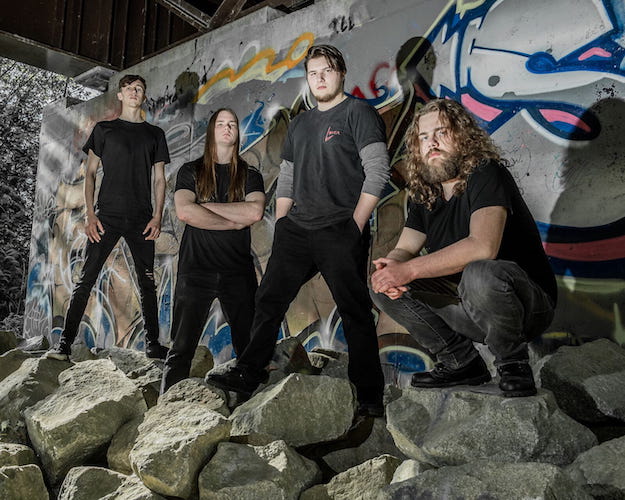 The songs have been produced in a way that provides the clarity which best suits such technically accomplished performances, while preserving the power of the catastrophic punishment the music metes out and the incendiary ferocity that fuels it. The extravagant vibrancy and gut-punching impact of the songs consume the senses, but you can also follow every dynamic twist and turn, should you choose to, as the EP rockets ahead.

Each instrument stands out, from the heavy-caliber percussive fire and pile-driving thunder of the drumming to the nimble yet earth-shaking vibrations of the bass, from the magnetic pulse of the varying riffs to the fleet-fingered exuberance of the flickering leads and the swirling incandescence of the soloing. Not to be outdone, the vocals are a scalding, rabid fury, just as electric and ferociously dynamic as the music.

Thematically, To End An Ancient Way of Life is described as “a blunt statement on the current state of the world”. As the band explain: “All ways of life eventually succumb to unsustainability and force progression if the human race is to survive. This album is a testament to ancient civilizations with their successes and failures in adapting”.

The EP was produced by Matt Roach (Wormwitch, Expain, Resurgence) at Rain City Recorders in Vancouver, and features artwork by Kevin Moore of Soft Surrogate. It should appeal to fans of technical death metal as much as fans of groove and thrash, and references to such bands as Revocation, Gojira, and Lamb of God might also be useful guideposts. But of course the easiest way for you to figure out whether Truent will hit your sweet spot is to dive right into this EP, which you can do now.

In other Truent news, the band will soon begin a Canadian tour with Obsidian, preceded by a hometown show in Vancouver tomorrow. Here’s the current schedule:

The EP is available digitally and on CD now: