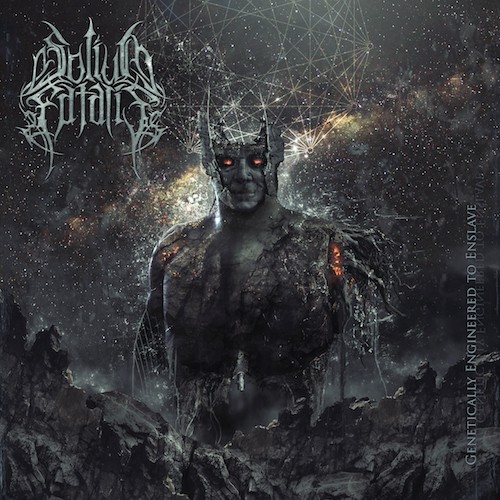 Genetically Engineered to Enslave is the new (fourth) album by New Hampshire’s Solium Fatalis, and it’s set for release on October 13th. It includes guest vocals by Matt McGachy (Cryptopsy) and Haydee Irizarry (Carnivora) on one track as well as a guest guitar solo by Phil Tougas (First Fragment, Chthe’ilist) on another. And it’s conceptually devoted to the subjects of genetic engineering and artificial intelligence.

And with those intriguing details out of the way, let’s turn to the explosive new song we’re presenting today — which is a non-stop ticket straight to headbang city. But for such a relentlessly ferocious, neck-wrecking song, “Servile” also succeeds in generating a multi-textured atmosphere that’s terroristic, arcane, and haunting. 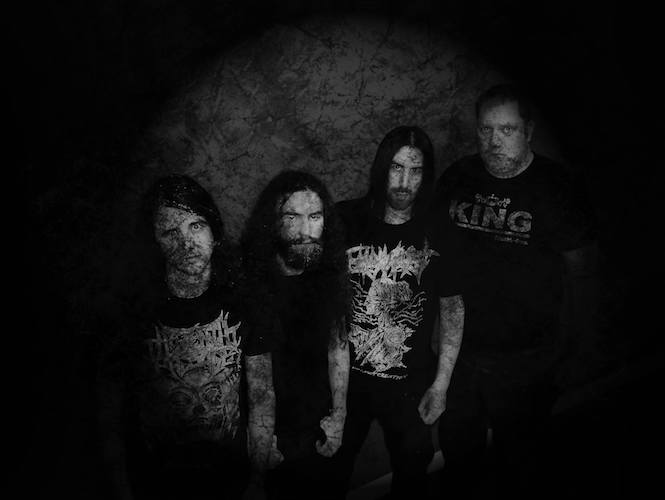 “Melodic blackened death metal” might be a suitable genre descriptor for the ten tracks Solium Fatalis have created for this new album, but in the case of “Servile” the immediate vision that comes to mind is that of a massive pile-driver striking with the force of kinetic missiles raining from the skies in a torrent, augmented by the sound of heavy-caliber automatic weapons and rhythmically sequenced mortar detonations.

The massive, brutal, rhythmic power of the track is what will get your head moving, but this quartet (bassist/vocalist Jeff DeMarco, guitarists Jim Gregory and Ryan Beevers, and drummer Jeff Saltzman) add other ingredients that enhance its shuddering ferocity — the unbridled vehemence of imperious growls and flesh-ripping howls; the viciousness of the deep, drilling riffs; the interweaving of blazing-fast jabbing chords. Not content to simply inflict megaton levels of destruction, however, the band also use an unexpected break to introduce a poisonous and exotic new melodic motif that they carry forward into an eye-opening guitar solo, one that sounds slithering and reptilian at first and becomes a white-hot fret-melter.

The track’s eerie ambient outro is another surprise, but rather than seeming tacked-on, in retrospect it brings to the fore an element of futuristic horror that was lurking within the track all along.

Genetically Engineered to Enslave was produced by Chris Donaldson (Cryptopsy, The Agonist, Neuraxis) and features cover art by Pierre-Alain D. It’s available for pre-order now on CD and digitally, through Bandcamp.

Along with today’s premiere, we’ve also included a lyric video for the previously released track “Threshold” as well as a stream of “Synthon“, and you can catch up to yet another track (“A Tongue To Taste the Collapse“) over at Toilet Ov Hell.

One Response to “AN NCS PREMIERE: SOLIUM FATALIS — “SERVILE””