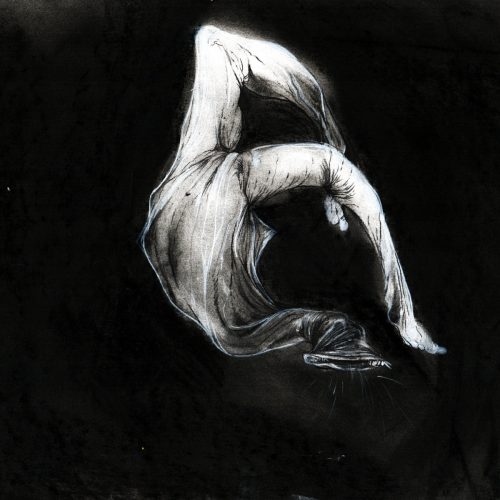 Before Geryon, before Krallice, before Nicholas McMaster and Lev Weinstein moved to New York from Chicago, there was Astomatous. That was the band that these two talented folks used as a vehicle for their creative impulses before moving on to other projects (including the two mentioned in the previous sentence). Astomatous released one album in 2006 (The Beauty of Reason), and they had developed material for a second one, but never brought it to fruition. However, they decided to use some of that material as the basis for a new Geryon EP (Astomatous), which they released through Bandcamp not long ago, without advance fanfare. 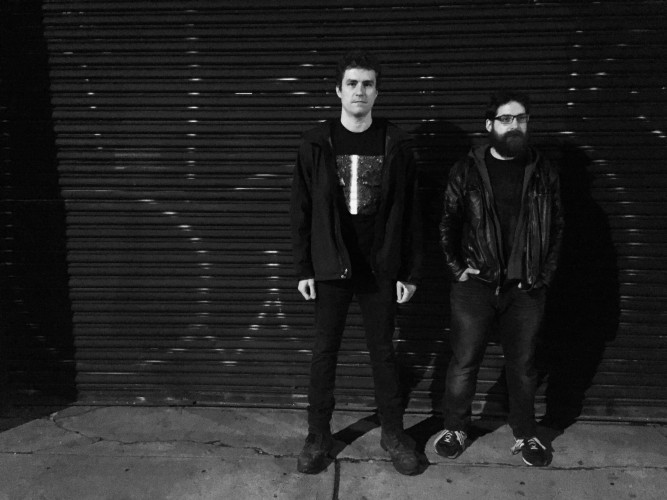 As you will know if you’ve been following Geryon, there’s no guitar to be found here. McMaster plays a six-string bass and handles vocals; Weinstein plays drums; and McMaster adds brief electronic/ambient interludes (which continue to be interesting in their own right, as well as strategically effective in the context of these compositions).

The new music on Astomatous is mountainously heavy and, as the title of the first track suggests, is possessed of a Stygian darkness. Often, it roils like an earthquake or pulverizes like a giant excavation machine, its intensity magnified by McMaster‘s skull-scouring howls. It’s just as often hallucinatory, with strange and unsettling digressions in which McMaster‘s slow, eerie drift across all the strings is paired with Weinstein‘s extravagant percussive vulcanism.

The compositions are unpredictable, but cohesive, engrossing as well as destabilizing.  There’s a kaleidoscopic quality to the changing patterns, a fascination to be found in the broad array of changing tonalities and rhythmic alterations. It’s easy to lose track of time, and hard to come back to what passes for the real world. 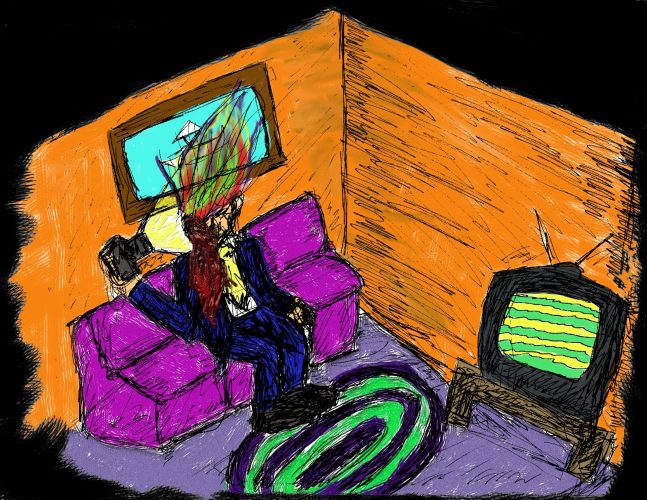 As I recall, we wrote about every single that San Francisco’s Ontogeny released from their last album, 2015’s Hymns of Ahriman. But I’d lost track of what they were up to until they released a video for a new song this past July, as a prelude to a new album entitled Antisocial Media. That song, “Living Witness“, got a mastering job by Colin Marston (as did the new Geryon EP) and included additional vocals by Chazz McConnell (Sol Asunder).

The video was a blast; so was the music. As I wrote then, it’s “a turbocharged rush of technical death metal that veers and vaults sharply, but sticks the landing every time”. “Over this thoroughly head-spinning nine-and-a-half-minute trip you’ll encounter mesmerizing flurries of proggy guitar-and-bass work, doses of herky-jerky rhythm, bursts of white-hot fret-burning, episodes of beautifully fluid soloing, loads of gravel-chewing bass craziness, and enough exuberant energy to power giant turbines, not to mention the howling madman behind the mic”.

Ontogeny have now released the stream of a second track from the forthcoming album (also mastered by Colin Marston), which will be available for only a short time, as a way of attracting further attention to their crowdfunding campaign for the album. The new one is “Long Story Short“.

The explosiveness of the song is breathtaking; the instrumental flourishes are, too. Much of what I wrote about the previous track applies here as well. It’s an ever-changing, jolting and jarring, trip. Brutishly bone-mangling one moment, bewilderingly mind-bending the next, weird and wondrous overall, and with utterly crazed vocals, the track is further abundant proof that Ontogeny are operating at a different level than most death metal bands who have the adjectives “progressive”, “avant-garde”, or “technical” affixed to their names. 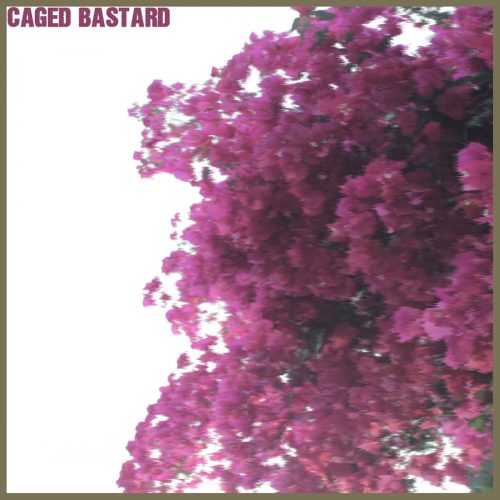 The principal songwriter of Caged Bastard (and its guitarist/bassist/noise generator) is Muhammad Oun from Bizerte, Tunisia. On the new EP you’re about to experience, Straight Hate to God (released on September 22), he is joined by vocalist Mariam Benjemaa (Diploid) and drummer Lee Fisher (Fawn Limbs/Alphanumeric/Infinite Nomad).

The intro track for this new EP is, in retrospect, just about perfect — it’s strange and cacophonous, and a bit scary. Which is not  to say that the following songs are entirely cacophonous — there are some riveting grooves to be found in the tracks, but along with them come doses of brain-abrading noise and ear-wrecking feedback, knife-sharp course changes, and painfully tortured screams. You’ll encounter slow, gruesome lurches of pavement-cracking weight and vicious, berserker grindcore rampages; deranged, mind-boiling arpeggios and eye-popping, ingenious drumwork; waves of tension-torquing sound and effusions of head-hammering catharsis.

You won’t be able to predict where these tracks go, or how the pieces of this crazy puzzle will lock together (or un-lock) from minute to minute. The process of discovery is its own reward; the risk of leaving your mind in tatters is the price you’ll pay.