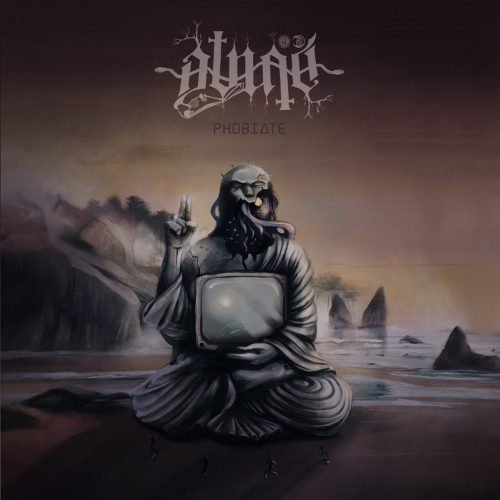 A fixation with horror cuts across wide swaths of extreme music like the scythe of the Great Leveler. The most primitive and ineradicable fears of humankind have been given a multitude of frightful shapes, both monstrous and spectral, in varying musical expressions since the earliest days of the heaviest music. This fascination with death, and with what might loom behind that terrible event horizon, or what might lurk even now at the jagged edge between our own dimension and another, continues to animate the creative impulses of numerous groups, but few albums this year have succeeded in channeling such morbid terrors as effectively as Binah’s new album, Phobiate.

In broad strokes, the album is massively heavy, and manages to both freeze the blood and set fire to the nerves. It creates a deep, preternatural atmosphere, suffused with ghastliness and gloom, but also persistently triggers adrenaline surges through ravaging assaults and bouts of irresistibly headbangable barbarism. 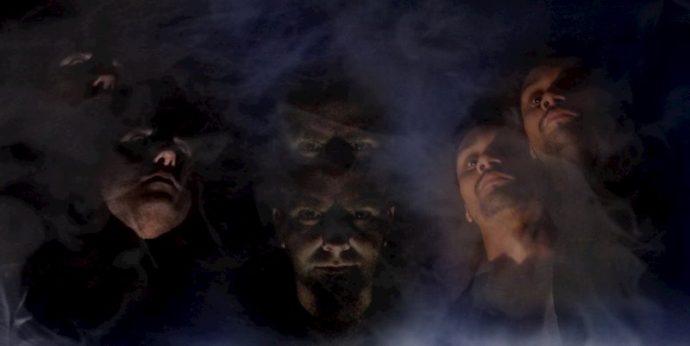 This UK trio — guitarist/bassist Aort, vocalist/guitarist I.R.G., and drummer A. Carrier — made their debut with 2012’s Hallucinating In Resurrecture full-length, and followed it with a 2014 EP, A Triad of Plagues. Both made powerful impressions, but both will now have to live in the shadow of Phobiate, which reveals soul-shuddering new strategies and sounds, and which is so impressive that it will be a hard act to follow.

Binah made some interesting choices in how to structure the flow of Phobiate. After an instrumental intro track (“Phobia In Excelsis”) that creates a haunting, hypnotic, and ominous mood, they placed an imposing 12-minute monolith, a magnificently monstrous experience to be sure, but not an easy, bite-sized gateway into the album as a whole. Putting your longest and most imposing song right up-front could have been a risky choice, but this one proves to be a good decision, even if it creates a different risk, i.e., the risk that the follow-on tracks will pale in comparison to its achievements (fortunately, they don’t).

“The Silent Static” builds gradually into a staggering assault. At the outset, widely spaced chords reverberate with a colossal level of HM-2 distortion. The music moans, and the lead wails when it surfaces along with a slowly paced drum rhythm. As the pacing increases, so does the intensity of the terrors lurking within the gloom. The song becomes a raging gallop, an attack of battering drumwork, roiling waves of guitar abrasion, and heartless roaring vocals. Binah make room for a trio of swirling, soaring, preternatural solos before they even reach the song’s halfway point, and then surge toward new heights of vicious derangement.

Eight minutes in, and the pace slows, the drums transforming into a lurching rhythm, the guitars discharging a miasma of misery, with a solo that’s incandescent in its intensity, seemingly an encapsulation of emotionally splintering desolation. The drums disappear, leaving the field to long reverberations that could be taken for the solemn ringing of funeral bells and the shimmering of apparitions.

Eight more tracks follow “The Silent Static”, including a weird, warbling, pinging, and droning outro track (“Serum”). They’re arranged in a way that alternates shorter and longer tracks, and greater and lesser degrees of mind-mangling intensity. The shorter tracks, such as “Mind Tap” (with its neck-cracking grooves), “Waves of Defacement” (which is guaranteed to whip a mosh pit into a bloody froth), and “Consuming Repulse” (a wrecking machine going as fast as it possibly could without leaping completely off the rails) tend to be orgiastic adrenaline rushes, but even those shorter eruptions are lined with moods of horror and/or bereavement.

The longer, more expansive tracks tend to be slower, more gruesome, more stunningly ghastly and ghostly. Yet they dish out more than dismal and dire melodies and stunning vocal atrocities. There are violent eruptions of lunacy in those tracks, as well as highly headbangable chugging, eye-popping solos, and even passages of horrible grandeur.

Of these longer works, “Dream Paralysis” might be the most infectious track on the album; “Transmissions From Beneath”, book-ended by haunting, beguiling guitar duets, is a largely mid-paced mauler laced with narcotic leads and wraith-like soloing; “Exit Daze”, which includes cold, chanted vocals and imperious, lead-weighted chugs, is chilling and hallucinatory; while “Bleaching” is a ghoulish death-doom leviathan that reeks of degradation and decay, oozing the tears of stricken souls — and when the double-bass thunder begins, the riff becomes a murderous drilling sound, cold and clotted with ichor, the song eventually devolving into a toxic miasma of sound.

Obviously, we couldn’t resist spewing a lot of words about the music, even though the main purpose of this post is to present a full stream of this very impressive album. Obviously, you should listen to it yourselves — and then get it if you’re similarly impressed. It will be released on September 28th by Osmose Productions.

One Response to “AN NCS ALBUM PREMIERE (AND A REVIEW): BINAH — “PHOBIATE””