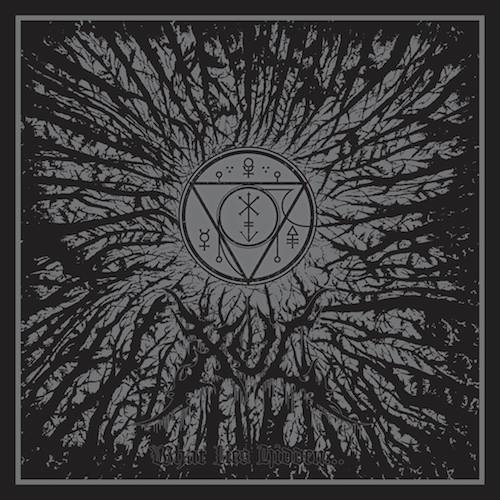 In writing about this British Columbia band’s two previous releases, their 2012 album Malignance and their 2015 EP Extinction Necromance, I tended to lose control of my metaphors, because their blackened melodic death metal had a tendency to make me lose control of my mind, at least temporarily. Their sound was so explosive, so jet-fueled, so technically impressive, and so rampantly ferocious, that any kind of calm and clinical analysis was beyond my capabilities. The music did display intensifying twists and turns and alluring melodic nuances, but the enduring memory is of the pure blood-rushing energy of the attack.

At last, Xul will be releasing a second album. Entitled What Lies Hidden…, it’s now scheduled for release on October 19th, and it’s our pleasure to present the album’s second advance track, “Black Oak Heart“. Take some deep breaths before you listen — these guys haven’t calmed down in the intervening years since their last release. 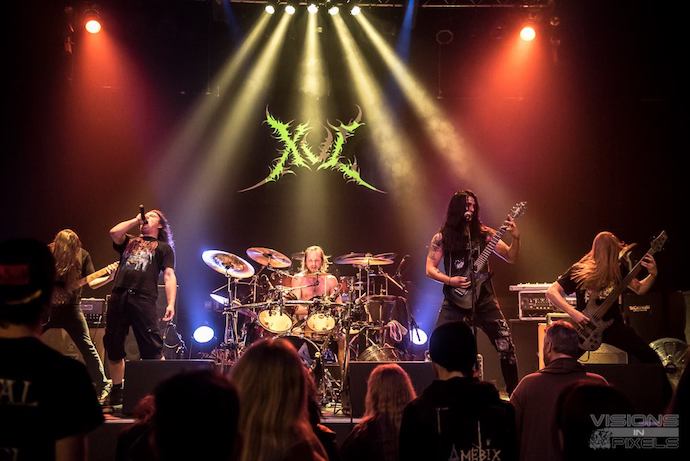 Xul’s five-man line-up has remained intact for 10 years now, a durability that’s a rarity these days. The result could be thought of as a well-oiled machine, but certainly not a well-worn one. There’s nothing rusty nor obsolescent about the electrifying force of this new track. Yet as much of a rush as the song is, it’s also dynamic on multiple levels — one of which is to be found in the changing mood of the music. It’s incendiary to the point of derangement, but also dark, cold, and shaded with deep gloom in places.

It greets the ears immediately with an onslaught of roiling guitars, pulsating bass, blistering drumwork, and ferocious snarling and shrieking vocals (which become even more stunningly unhinged as the track unfolds). Constant change is a hallmark of the track, and even in its speediest movements the guitarists discharge a vibrant array of boiling, warping, and imperious chords and darting arpeggios. A gloomy bridge leads into a less frenetic and more misery-drenched melodic segment, and there’s something cold and grim about the music even when it ramps up again. The emotional intensity of the song reaches a high point through a guitar solo that’s sinuous and flickering, and ultimately a shrieking extravagance, with a rapidly jabbing rhythm to anchor it.

The emotional sensations of the music become more understandable in light of what vocalist Levi Meyers tells us about the subject of the track:

“This song is about losing someone who means a lot to you and the struggle of trying to deal with the fact that they’re never coming back. It’s a strange feeling, because part of you believes there’s a chance that you might see that person again, but the reality is, they’re gone forever. But, with the help of friends and family, and a proper outlet to grieve, we can become stronger through these tough life lessons. ‘Black Oak Heart‘ goes out to anyone out there struggling with loss.”

Pre-orders are now available for What Lies Hidden… through Bandcamp (CD and digital). The cover artwork was made by Dave Levi. And we’ve included the previously released song “Life Disintegrating” along with our own premiere.