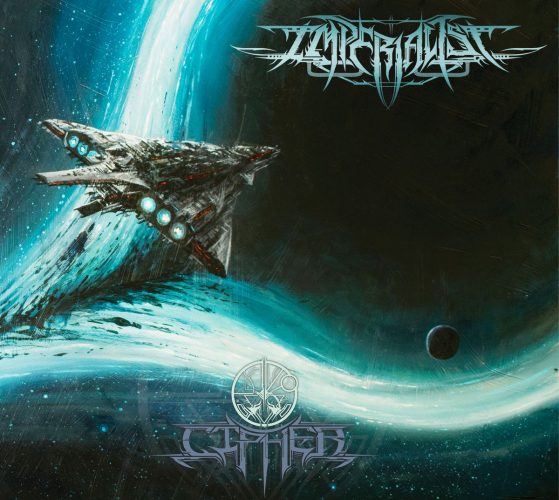 Adam Burke strikes again, creating another immediately eye-catching piece of artwork for what turns out to be an equally riveting album. This time, the music comes from the California black metal band Imperialist, whose debut album Cipher will be released by Transcending Obscurity Records on October 20th.

In introducing the music of Imperialist, Transcending Obscurity makes reference to the traditions of such bands as Necrophobic, Dissection, and Sacramentum, with nods to the thrashier dynamics of Aura Noir and Vektor as well. And while harnessing such dark, savage, and melodically memorable sounds as those names might suggest, Imperialist have also created a futuristic, sci-fi-themed concept for Cipher, which is evoked by Adam Burke‘s cover painting.

Several songs from the album have surfaced so far, and today we have another — “Umbra Tempest“. 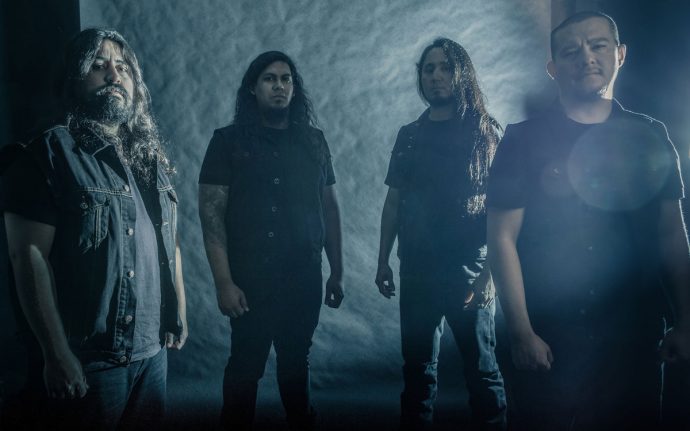 The melodies in the song also evolve, rising and falling with a mood of implacable bleakness, shimmering in a way that’s both melancholy and poisonous, and shivering the skin through long, dismal reverberations. The music changes, building tension, unleashing frenzy, becoming desolate — and it’s persistently vibrant, even in its coldest and most sinister movements.

Pre-order links are below, and we’ve also included streams of three previously released songs along with our own premiere of “Umbra Tempest“.