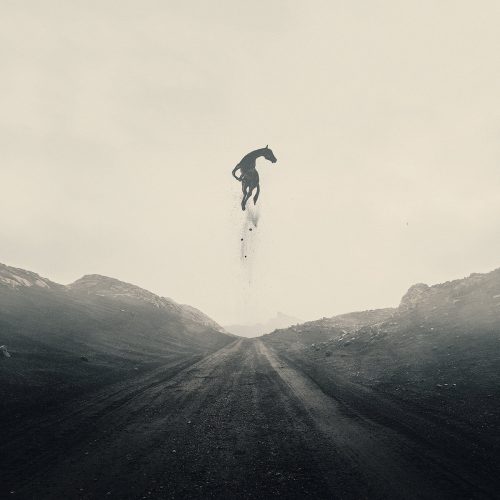 Despite my well-documented griping about how frequently certain sections of the UK scene seem to embrace mediocrity, there’s still a hefty amount of quality music and quality bands coming out of these green and pleasant lands these days, and today’s edition of “The Best of British” rounds up three of them for your aural delectation.

Fair warning, however, the following three albums contain a lot of clean singing so… you’ve been warned! 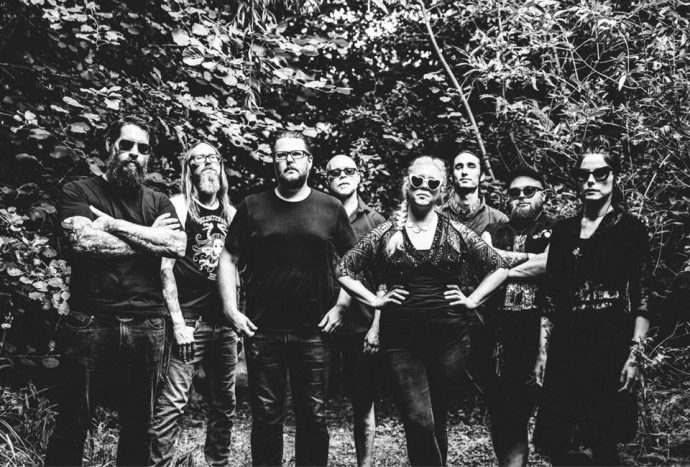 Shockingly it seems like this is only the second time we’ve written about Post-Apocalyptic Post-Rock collective Crippled Black Phoenix here at NCS, which is surprising considering that not only are the group highly critically acclaimed, but they’ve also produced a significant amount of music over the years, so you’d have thought we’d at least have covered them a bit more than that, even if only by accident!

Of course first of all I need to address the elephant in the room, namely that Great Escape, for all its frequently immersive, almost painfully poignant, nature, isn’t the band’s best work (although the jury’s still out on exactly what that is…).

Mainly this is because, despite its ambitious intentions and gorgeous soundscaping, several of the tracks – most notably the pulsing, Post-Punk, post-Cult of Luna vibes of “Madman”, the brooding, King Dude/Chelsea Wolfe–esque “Nebulas”, and the oddly underdone “Uncivil War (Pt. I)” – don’t gel as well as they should with the album’s overall flow.

These aren’t bad songs by any means, at least when taken in isolation. But their inclusion on the album does make for a slightly jarring, slightly bumpy ride now and then, as if the sheer variety of sounds and styles and voices available to the band has led them to try and force a few too many ideas into the record when, arguably, a little less would have been a lot more.

Still, these missteps, though certainly worth noting, don’t come anywhere near derailing the album entirely, and Great Escape is still a good starting point for anyone looking for a way to dive into the band’s now rather extensive and intimidating back-catalogue.

Indeed, at its very best the music contained here absolutely soars, being equal parts emotive energy, electric intensity, and proggy, Pink Floyd-ian melody, all delivered with a blend of stirring solemnity and heart-rending vulnerability, with spellbinding numbers such as the sombre slow-burn of “To You I Give”,  the shamelessly extravagant, Anathema-esque “Times, They Are A Raging” (probably the best song on the album), and the climactic two-part title track, more than deserving of being counted amongst the band’s finest work.

Even the tracks which don’t quite reach these same stellar heights – like the turbulent “Slow Motion Breakdown” or the rivetingly rhythmic “Las Diabolicas” – are more than worth the price of admission, each serving to add their own particular weight and presence to the album’s overarching narrative.

So while it may not be a truly “Great” escape… it’s still a good one! 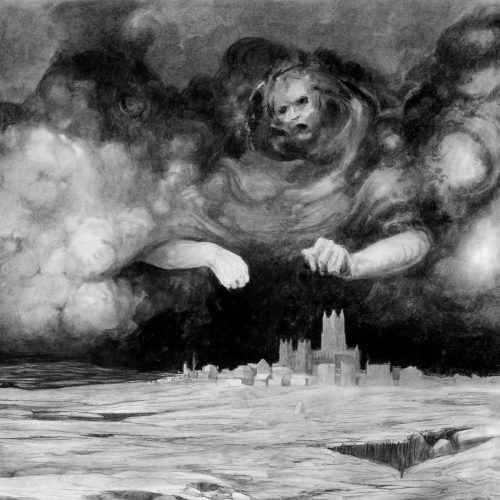 Part Candlemass, part Crowbar, with perhaps a dash of Alice In Chains thrown in for good measure, the debut album by Canterbury doomsters Famyne is a heady brew indeed, and its dark delights will no doubt be both instantly familiar and intimately appealing to most fans of the above-mentioned acts, as well as anyone who enjoys the gloomy grooves and melodic melancholy of more modern bands like Sahg, Khemmis, etc.

But while the style may be familiar, the music is more than strong enough to stand on its own, beginning with the marching, martial misery of attention-grabbing opener “Weartheless” – eight and a half minutes of rolling riffs, rumbling bass lines, and limber, loose-limbed percussion all topped off with the electrifying, enigmatic clean vocals of Tom Vane – and ending with the booming, bombastic chords and grungy, subtly psychedelic melodies of epic closer “Dreamweaver”.

In-between tracks like the hazily hypnotic “Faustus” and the creepily compelling “Slave Ship” work their magic on you in waves of dreary distortion and hard-driving rhythmic riffage, all intermingled with an array of cleverly arranged drum patterns and irresistibly headbangable hooks, while the aching vulnerability of “Ghosts” displays an even more sombre and emotional side of the band’s repertoire over the course of six scintillating minutes.

Penultimate track “Tremor” continues to deliver the dreary, doom-laden goods with its slow, steady build towards a titanic crescendo, hammering home the band’s impressive grasp of direction and dynamic as the album moves into its home stretch, before the previously mentioned “Dreamweaver” does its very best to tie the whole thing up in a neat bow, while also revealing the record’s single nagging flaw.

Because, try as I might, the ending to “Dreamweaver” continues to strike me as a rather anticlimactic finale to the album as a whole, fading out in a rather lackadaisical fashion that will likely leave you waiting for the next track to begin… and then slightly disappointed when no such track is forthcoming.

Still, that’s pretty much the only criticism of this album that I could come up with, even after multiple listens, so if you’re after a high-quality dose of moody melodies, doomy grooves, and stoned-out swagger, this is definitely one you need to check out asap. 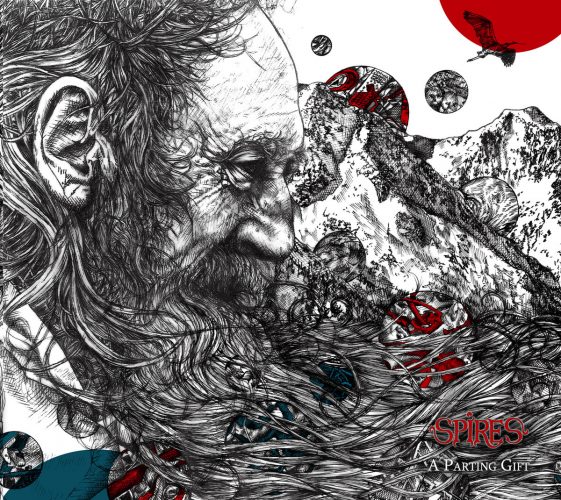 In the interest of transparency I need to state, up front, that I know the guys from Spires personally, and have even toured/played shows with them on several occasions.

Now usually this would be enough to make me consider recusing myself from reviewing their new album, out of concern that our readers might be outraged by even the slightest suggestion of bias or critical impropriety on my part.

But the truth is, it’s such an obviously great record – by far and away the band’s best yet – that I really have no qualms writing about it, and extolling its many charms and virtues.

For their third album the Manchester quartet (now featuring a revamped line-up) have definitely pushed the Prog levels up a couple of notches, such that while the Opeth comparisons are still more than valid (particularly when vocalist Paul Sadler unleashes his prodigious, yet perfectly enunciated, growl), they’re much less obvious now, and the band have never sounded quite as much like themselves as they do here, despite also displaying some notable similarities to both latter-day Cynic (check out the introduction to album opener “In Black Ravines” for one very early example) and Porcupine Tree (“A Parting Gift”) in the process.

The latter reference in particular becomes especially pertinent as the album progresses, with Sadler and co. demonstrating an almost Steven Wilson-esque knack for integrating and interweaving multiple layers of creative melody and intricate instrumentation to create songs that are both indulgently complex and yet also instantly accessible.

As a matter of fact, it’s the song writing which is probably the biggest reason for this album’s success, as although the individual instrumental performances are still top-notch (with Sadler’s clean vocals being a particularly stunning stand-out), it’s the way in which the all multi-faceted elements of the band’s sound, the dynamic flow and clever contrast between them, and the manner in which they’re allowed – and encouraged – to play off (and against) one another, which makes A Parting Gift more than just the mere sum of its (admittedly fantastic) parts.

What’s more, even though this is undeniably the band’s most extravagantly “progressive” album yet, there’s still more than enough weighty heft and heaviness to satisfy their listener’s more metallic cravings.

The opening to “The Court of Clashing Skies”, for example, recalls the more brooding side of Beyond Creation, while the core of “Goose Hoarder”“The Seer” is built around the same sort of nimbly-fretted, unconventionally heavy riffage that Mikael Akerfeldt used to be so good at producing before he became the unfortunate victim of what we here at NCS like to call “Middle-Aged Prog”.

Ultimately there’s not a weak track, nor even a weak moment really, to be found on A Parting Gift, and I could undoubtedly go on and on about how great tracks like the soaring “Seed of Dionysus” or the phenomenal closing epic “Etchings in the Emptiness” (aka “Cantona’s Teeth”) are.

Thankfully however, you won’t have to wait long at all to hear for yourself how good this album is, as it’s set to be released tomorrow!