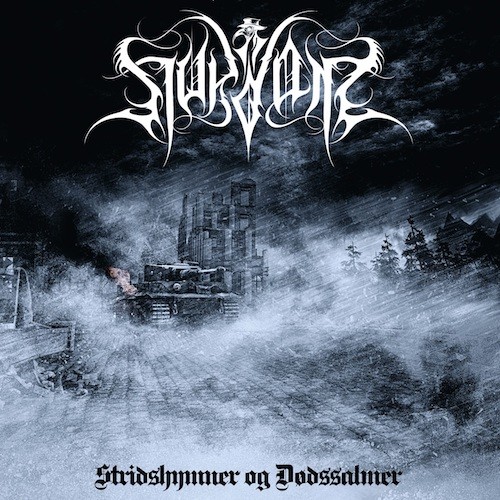 Let’s get to the point right up-front: The Sjukdom track we’re about to present is downright terrifying, so much so that you may find yourself holding your breath, and gasping by the end. It’s that relentlessly and nightmarishly vicious.

The name of the track is “Naerver“, and it’s one of seven that will be included on this Norwegian band’s forthcoming second album, Stridshymner Og Dodssalmer, which is due for release by Osmose Productions on October 26th. 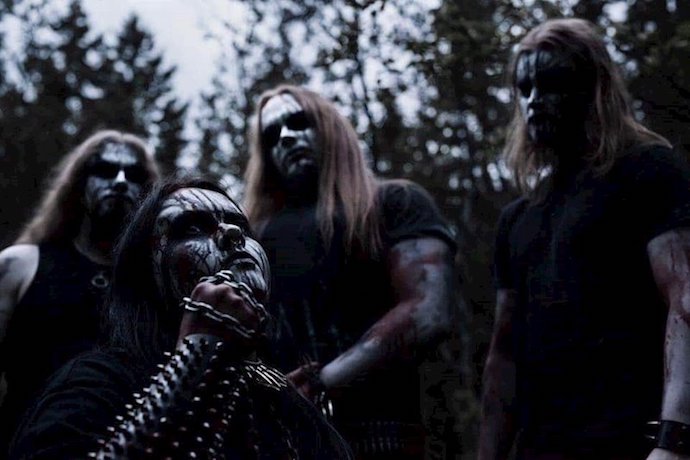 This is the type of merciless black metal assault that manages to be both staggeringly ferocious and intensely atmospheric (when so much black metal is essentially one or the other). It’s relentlessly fast, fueled by hyper-blasting drum work, thunderous bass booms, and wicked, writhing riffs that also have a sweeping immensity. The whole thing hits with torrential force, like an uncontainable orgy of violence. And as if the instrumental rampage weren’t frightening enough, the vocals sound like a man being burned alive, all vestiges of sanity consumed by the flames just as intensely as the flesh. And when those horrifying shrieks briefly disappear, they’re replaced by a cacophony of gruesome demonic roars.

The melody carried by the riffs rises and falls, and it’s that changing sensation which creates an atmosphere that carries the song beyond the sounds of cyclonic slaughtering, revealing both grim, inhuman coldness and wrenching pain.

So, take some breaths first, and then listen below. The album will be available through Osmose on CD and LP, and digitally.