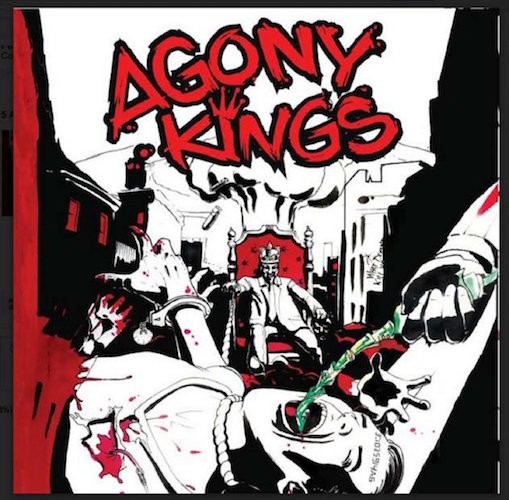 Ten years in the making, the self-titled debut album of NYC’s Agony Kings hit the streets in October of last year, delivering 13 tracks of high-octane crossover-thrash, which has been recommended for fans of Suicidal Tendencies, Anthrax, D.R.I, Dropdead, Cro Mags, and Napalm Death.

One look at the men in the band, and you can tell this wasn’t their first rodeo. For this band of brothers — vocalist Mike Stack (False Gods), drummer Bobby Grander, guitarist Jim Shearman, and bassist Matt Sazooki — Agony Kings was an outgrowth of their previous band, What Doesn’t Kill Me, and the album, as they say, has been “a perfect reflection of the trials and tribulations that have driven us for this last decade”. And for listeners, it’s a high-voltage kick in the ass. 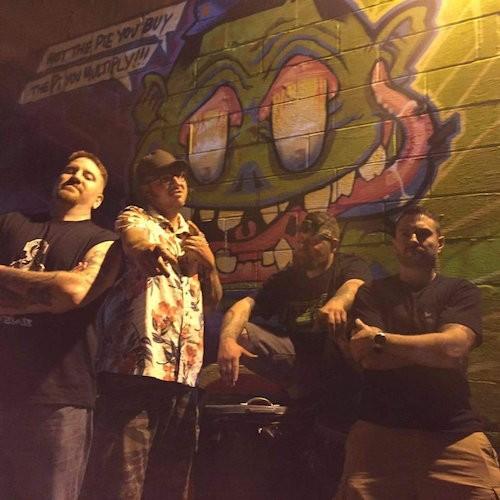 It makes sense that for the video we’re presenting today, the band both chose to accompany the song “Futureburn” with clips of their full-throttle live performances and a bit of alcohol-fueled camaraderie. It’s fun to watch, and the boisterous, brawling song is a hell of a lot of fun, too.

The boiling riffery, gravel-chewing bass, and machine-gun snare attack provide just the right backdrop for Mike Stack yelling like an uncaged madman. And with a tumbling, rumbling rhythmic bridge, the song delivers a bone-breaking breakdown before gradually ramping up again via some anthemic chords into a furious finish. It’s an undiluted shot of high energy that will wake you the fuck up. So get ready to wake up!

As Mike Stack tells us about the video:

“This is a window into the good times that we have all as friends and as a band. We are extremely psyched to have a piece of our own reality to unleash upon the world and we hope everyone enjoys watching it as much as we did making it”?

You can pick up the album via Bandcamp — and we’re throwing in the full album stream after the video to make it easy for you to check out.