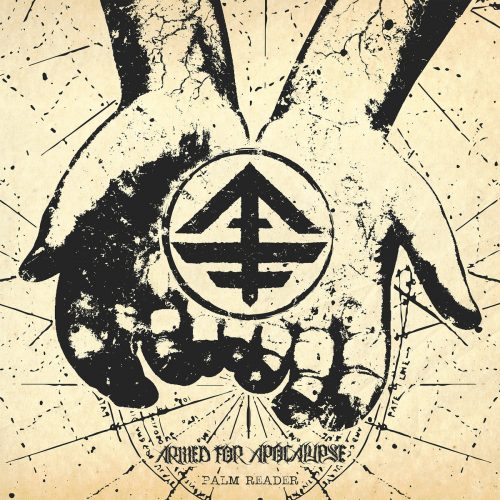 (Andy Synn brings us this review of the crushing new EP by California’s Armed For Apocalypse on the day of its release.)

While I’m still slaving away on this month’s edition of The Synn Report (it’s a big one, and I think you’ll all be very pleased with how it turns out) I’ve realised that, in all likelihood, I’m probably not going to get it done in time for posting today.

It will probably make an appearance early next week, however, so don’t worry.

As a result of this realisation I decided to take a quick look around the ol’ interweb and see what else I might be able to write about in the meantime, so as to tide you all over until Monday.

And, wouldn’t you know it, but the long-awaited comeback EP from Californian Sludgecore quarter Armed For Apocalypse drops today! 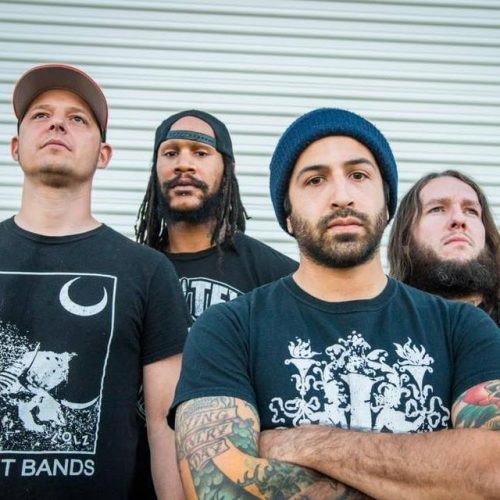 Now, let me tell you something… even though they’ve been off the grid for a few years prior to the recording and release of this EP, I’m honestly still surprised that AFA aren’t bigger, and better known, than they are.

After all, their signature sound – a brutal blend of sludge-soaked grooves, filthy Death Metal riffage, and crushing, ‘core-esque breakdowns, all topped off with an onslaught of raw, throat-rending vocals – is one that should intrinsically appeal to a wide audience within the underground scene, and the band’s influence on several other artists (one listen to The Road Will End and you can tell where current UK darlings Conjurer get a lot of their sound from, for example) is still quite clear.

But, for whatever reason, the Californian crew have never quite received their just desserts, although that’s never stopped them from writing, recording, and touring their asses off, all under their own steam and all on their own terms.

Hopefully, however, the release of this new EP (and the follow-up album which I’m assured is hot on its heels) should bring the band a fair bit more critical (and commercial) success, as well as some much-needed exposure, as it’s one monstrously heavy slab of pure metallic power.

Opener “Mass Oblation” quickly introduces/reintroduces (delete as appropriate) the listener to AFA’s take-no-prisoners, go-for-the-jugular, approach, as well as giving the band’s long-term fans their first exposure to the scorching snarl of new vocalist/guitarist Nate Burman, whose addition has, if anything, only made the band more aggressive and more abrasive than ever.

For three-and-a-half minutes “Mass Oblation” unloads its metallic munitions in an almost unrelenting barrage of frenzied riffage and sharpened sonic shrapnel, all propelled by the utterly ferocious performance of drummer Nick Harris (who frequently seems as if he’s about to pound his kit into splinters), which serves as an unflinching – and undeniable – statement of destructive intent.

Bursting out of the gates as some sort of primal, Punk/Metal hybrid, “Worlds Beneath” soon injects itself with an extra dose of gargantuan groove, transforming the balls-out bludgeoning of its predecessor into a back-breaking crawl of colossal chords and titanic percussion, all topped off with a dash of feverish, squalling melody, after which “Forced to an End” practically punches the listener in the face with a mix of chugging Death Metal and churning Sludge that builds in intensity and animosity over the course of four-and-a-half minutes before reaching a truly cataclysmic crescendo.

Ending with the short, sharp, shock of the title-track – just over two minutes of barely controlled chaos and face-melting vocal fury – Palm Reader is a practically flawless distillation of everything which makes Armed For Apocalypse great, and should (if there’s any justice in the world) introduce a whole new generation of listeners to the band’s distinctive brand of neck-wrecking, head-crushing, heaviness.

One Response to “ARMED FOR APOCALYPSE: “PALM READER””