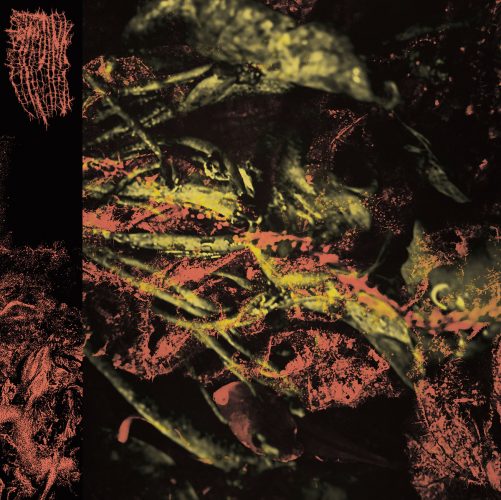 (This is Todd Manning‘s review of the debut album by the Seattle band Hissing, which will be released by Profound Lore on October 26th.)

Barely any time has passed since Profound Lore Records unleashed the aural savagery of Infernal Coil’s Within a World Forgotten upon the world, and now they are already back at it with the debut full-length by Seattle-based trio Hissing. Titled Permanent Destitution, this album capitalizes on the buzz around their 2016 self-titled seven-inch and also a well-received split with noise mongers Sutekh Hexen. 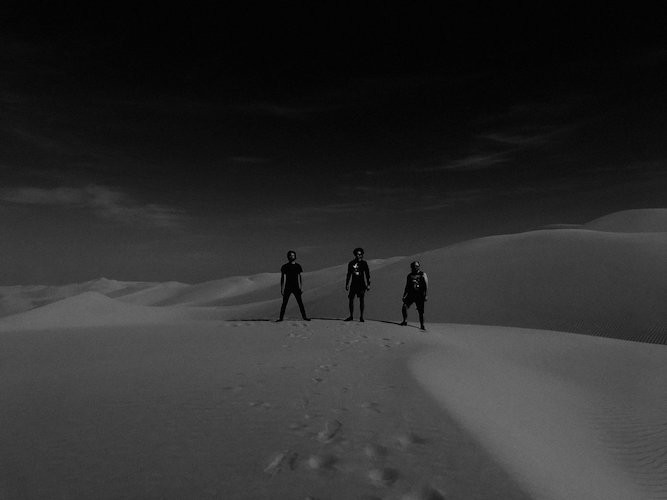 At first glance, Hissing certainly inhabit the same difficult and unrelenting territory as the aforementioned Infernal Coil release, but a closer examination reveals that they use their own methodology to create their assault.

While the key to unlocking Within a World Forgotten was following the drums, Hissing work with a more egalitarian architecture. Joe O’Malley’s guitar blasts out angular and dissonant riffing and seemingly exists in a constant abrasive ballet with Sam Pickel’s drums. Often, the riffs consists of tight, compacted figures repeated ad nauseum, forcing the drummer’s hand to follow along. When the drums take the lead, such as in the middle of “Eulogy in Squalor”, the guitar can only spew forth a litany of filth in response.

And let’s not forget the bass work and vocals of Zach Wise. Anytime the proceedings get a bit murky, the bass charts the course through the abyss.

The attack here is varied. Every song exhibits a variety of tempos, and often the breaks simply devolve into slime-ridden bits of unpredictability. See the mid-section of “It Without More” where a wonderfully obtuse guitar riff spars with a flurry of drum rolls. One can sense the material being played as an entire section, but at what tempo and feel is unclear until it actually happens. In other places, bursts of Industrial noise spurt into spasms of blast beats, or conversely, the abstract noise underlines the crawling horror of a Doom riff which takes center stage in “Cascading Failures”.

This sense of disorientation is certainly a major part of Hissing’s calling card. If traditional Death Metal evokes Horror movies, Permanent Destitution invokes the non-linear violence of reality. To an outsider, there might be little importance to such a distinction, but to the extreme Metal connoisseur, the difference is significant.

Permanent Destitution sounds like the end of history. It’s not just death and destruction, though there’s plenty of that. It is about confusion and communication breakdown, the crumbling of truth and reality itself. These kind of end-time messages cannot be transmitted through traditional song forms, and Hissing make no attempts at doing so. Each shrapnel-laden blast radius of a song not only pummels the listener but also truly exhausts their senses. One can smell the stench of the tunnels that lie beneath this burning world. That is the best way to describe the Hissing experience, but words are no substitute for the record itself.