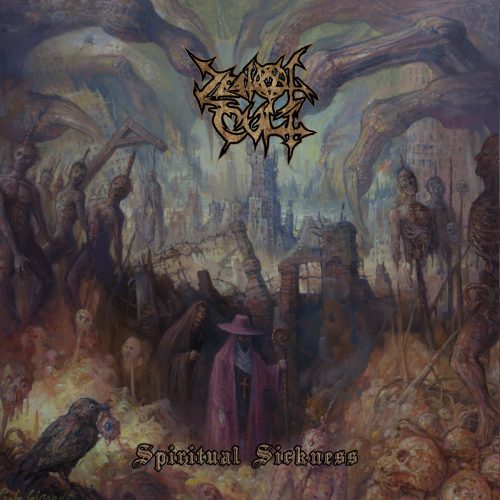 At the end of August I encountered “Blades of Jihad“, the first advance track from Spiritual Sickness, the debut album by the Irish death metal band Zealot Cult. Afterward, I suspected that I had a cretinous expression on my face while listening — mouth open, eyes glazed, perhaps a few rivulets of drool seeping out of my maw. The song begins strong, and the WOW factor only multiplies as the minutes pass.

Since then we’ve been given the opportunity to premiere a second advance track from the album, which you’ll find at the end of this post, below an assortment of borderline-demented verbiage. “Sea of Suffering” is a different beast than “Blades of Jihad“, but also left me gobsmacked. 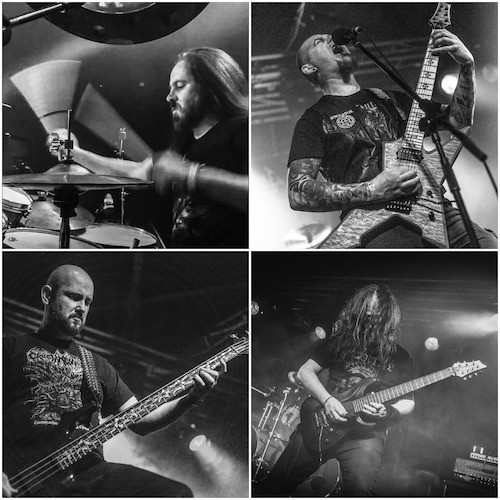 The influence of foundational Floridian death metal bands is evident in Zealot Cult‘s music, though certainly not the exclusive source of their inspirations. Among other things, they appear to have been influenced by a long lineage of monsters and serial killers.

I commented before, in the case of “Blades of Jihad”, that this band display impressive technicality along with punishing brute-force grooves and the kind of feral, scalding, panther-like vocals that remind me of Martin van Drunen, and that they’re very talented songwriters, capable of keeping listeners locked in and then infected by what they’ve heard.

All of that is demonstrated again on “Sea of Suffering“, but while “Blades of Jihad” was a turbocharged rush, this new song is more of a pile-driving juggernaut with a thoroughly preternatural and macabre atmosphere.

You’ll feel the huge low-end weight and be punished by the gigantic grooves — the track really is a big head-mover, thanks not only to the massive bass avalanche and the gut-punching drumwork in the track, but also to the rhythmic potency of the riffs. But the riffs and leads also generate pulsating, blaring, and groaning sounds that create a warped, twisted, gruesome experience.

The first guitar solo in the song sounds like the shrieking of a ghost and then becomes a blazing manifestation of demonic possession. And the reverberations of another paranormal solo arrives after the song’s juggernaut gait becomes a slow stomp laced with eerie spectral notes, followed by one final episode of pile-driving demolition.

Spiritual Sickness will be released by Blood Harvest Records and Helter Skelter Productions (on CD, cassette, vinyl, and digital) on November 9th. The fantastic cover art was created by the great Paolo Girardi.

Below you can listen to both “Sea of Suffering” and that first track, “Blades of Jihad”

One Response to “AN NCS PREMIERE: ZEALOT CULT — “SEA OF SUFFERING””