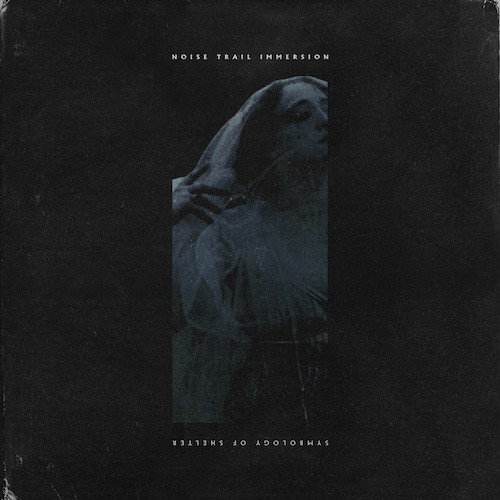 “Repulsion and Escapism” is a suite of torment and pain, agonized searching and bitter discovery. On the new album by the Italian band Noise Trail Immersion, Symbology of Shelter, the track is divided into two parts, and we have Part II for you today, presented through a lyric video that combines words, imagery, and sound into a powerful holistic creation.

If you managed to come across the first advance track from this album (“Mirroring”), which premiered at Invisible Oranges last month (or the band’s previous releases), then you already know the seriousness of NTI’s thematic focus, and the staggering intensity of their music, which IO accurately described as “infectiously visceral but, at times, utterly cacophonous”, with the album as a whole “play[ing] like one big emotional arcing narrative”. 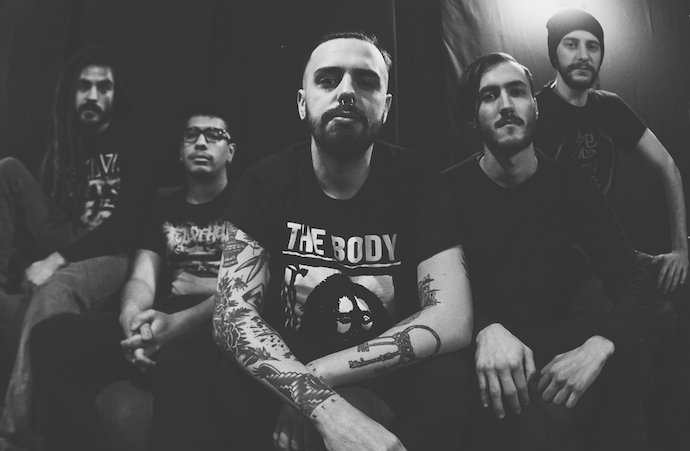 “Mirroring” is indeed cacophonous — and dissonant, intricate, constantly evolving, and ultimately harrowing in its emotional impact. “Repulsion and Escapism II” employs similar musical ingredients but in a different kind of flow. The opening minute is immediately riveting, combining a physically arresting and granite-heavy bass-and-drum rhythm with the shimmer and shine of ethereal tonalities. It’s a dreamlike sequence that seems to impart reflection but also a growing inner tension.

The incipient tension in the music boils over in bursts of blasting drums, angular bass lines, cutting and darting guitar work (executed by a pair of 8-string guitarists), and throat-lacerating shrieks and howls. Madness and rage flow through the increasingly dissonant and disconcerting instrumental flurries — which do reach near-cacophonous levels of explosive technical exuberance, but which are nevertheless rhythmically coherent and punishing.

It’s a pulse-pounding experience that moves toward a resolution in which the rhythmic drive becomes a merciless hammering, the guitars ring and chime in unnerving expressions of feverish desolation, and the vocals reach heights of incinerating disgust and revelation.

As noted, the lyrics and the visuals work hand-in-glove with the sounds to magnify the overall impact. 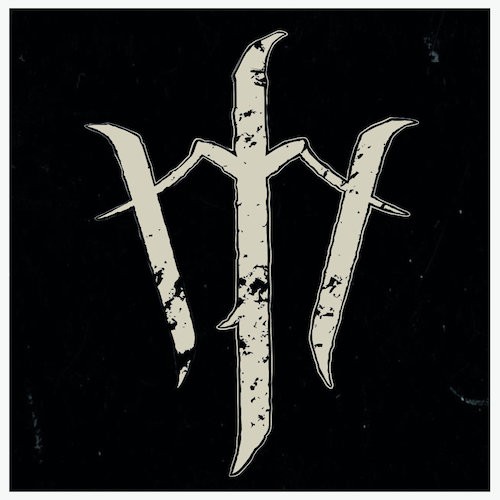 In genre terms, Noise Trail Immersion draw upon a variety of music elements that include but aren’t limited to mathcore, dissonant black metal, and post-metal. They cite influences that include Deathspell Omega, Converge, Ulcerate, Gorguts, and Altar of Plagues, but the music is also recommended for fans of Frontierer, Ion Dissonance, Plebeian Grandstand, Coma Cluster Void, Sectioned, and War From A Harlots Mouth.

We have these comments about the album from guitarist Daniele Vergine, which include an explanation about the unusual way in which it was composed:

“With Symbology Of Shelter we tried to combine the ominous and misanthropic atmospheres of Dissonant Black Metal with the chaotic and intricate structures of Mathcore with the intention to represent musically the concept of the inner crisis experienced by everyone’s conscious self, that uses “shelters” in various forms to satisfy a compelling and nefarious need to attach meanings to life. The album takes the form of a 43-minute-long song (split into seven tracks), in order to take the listener into a non-stop journey in a dead-end vortex full of panic, anxiety, insanity and desperation.”

Symbology of Shelter will be released on November 2nd by Moment of Collapse Records and is available for pre-order now.