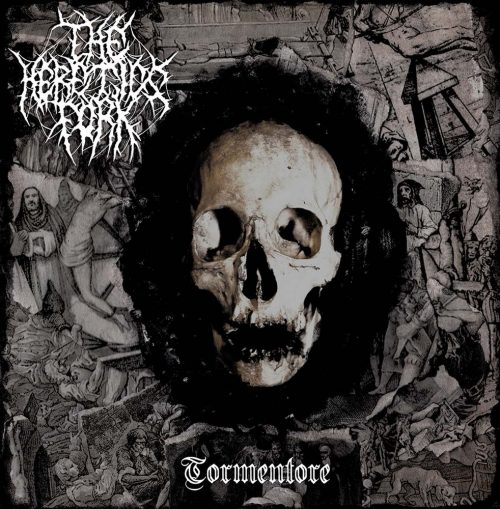 (This is Vonlughlio’s review of the debut recording by The Heretics Fork, which will be released by P2 Records on October 31st., and whose name refers to this torture device used in the Inquisition.)

For me 2018 has been a good year in music, across different types of metal genres. As some of you know by now, I usually review albums in the BDM genre, though from time to time I do write about albums outside that genre. This time I’m about to speak of a band that took me by surprise, which I discovered through a FB post in a group I am part of.  The band is The Heretics Fork.

We don’t know where they are from or who the musicians are behind this project. The only thing we know is that they are signed to the P2 label from New York. This label serves as a distro as well. They were responsible for the release of Encenathrakh’s debut self-titled album (which Islander reviewed here) — one of the craziest BDM projects ever to be released. 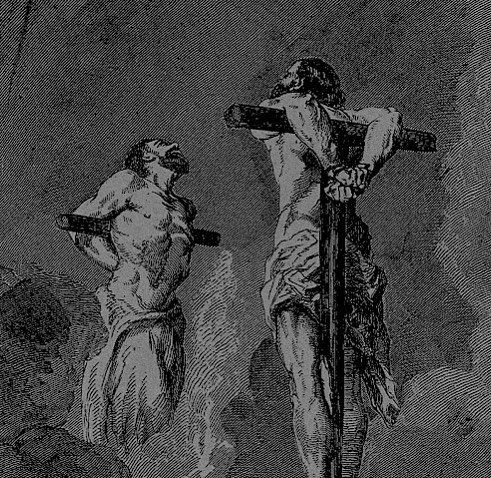 Once you get to the page on P2‘s site devoted to The Heretics Fork‘s new CD, Tormentore, you’ll find the following description:  “This musical entity lives up to its name – the equivalent to the torture device. A brutal unforgiving punishment that chokes the light out of you and leaves you only in despair. The down-tuned guitars submerges your head underwater, while the resonant echoing snare hammers down the nails on your writhing pale flesh and the gurgling guttural vocals are your internal muffled thoughts wishing it would all end.”

Having read those words and having listened to an advance song named “Sacrosanct Disembowelment”, my interest rose to  a high level, and when I got the opportunity to listen to the entire album I could not resist. I have now lost count of the number of times I’ve spun this album. To sit and listen to it is a suffocating experience that leaves you hopeless and just out of life. There is no specific genre I would put them into — the music is a perfect blend of BDM, Doom, and Death, revealing an entity that has the potential to maintain themselves over time and the power to become one of the greats.

When you hit play, the tone of the riffs and the sound of the drums sets the tone for this listening experience, an experience that is calculated to leave you without air. These are the two fundamental ingredients; they aren’t fast, but not as slow as Doom, yet they the feel and heaviness of the genre. In regard to the elements of BDM in the music, the sound of the drums and the way they’re used to change the tempo of the music reminds me of such bands as Excoriation and the afore-mentioned Encenathrakh.

It should also be mentioned that the cover art and song titles reminded me of the BDM band Brodequin, and their theme of ancient torture. The fact that the art, the themes, and the music are on the same page is something I value quite a lot. I’ve seen bands use amazing cover art and then follow that with music I would not have imagined from the visuals, and vice-versa. That’s not exactly a big deal, but for me it’s a plus when a band believes that the cover art and the music should be interlinked.

The length of the album falls just short of 27 minutes, and at first I was disappointed because I wanted more music. Then, as time passed, I realized that the length is perfect — it simply made me want to listen to the album over and over again.

Finally, I will mentioned another of my favorite aspects of the music — the vocals. They reach very low guttural levels and fit the music supremely well. They sound truly evil, and feel like they are capturing death at the moment of execution, reminding you that there is indeed no hope whatsoever.

We’re including one song from the album below, and you can check out a second one that premiered Toilet Ov Hell. If you like what you hear, visit the label page and pick up a copy.

One Response to “THE HERETICS FORK: “TORMENTORE””