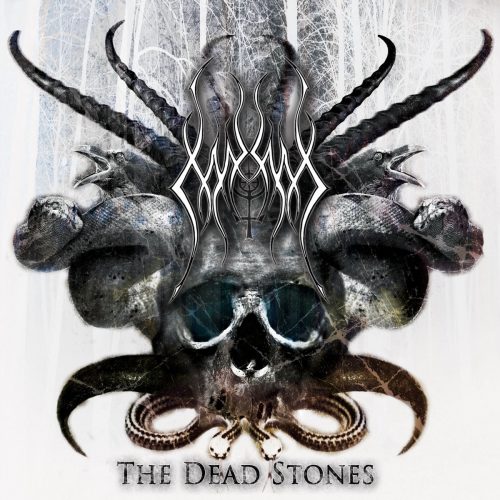 The time has again arrived for us to check in with Nordland, the one-man black metal band from the damp east coast of England, whose distinctive musical contemplations of a pagan past and looming death have gripped our attention in past releases, the last of which was the excellent European Paganism album in 2017. Not one whose creative inspirations go dormant for long at a time (or maybe ever), Nordland’s creator Vorh has recorded a new album named The Dead Stones which will be released on October 24th by the Russian labels Satanath Records and More Hate Productions.

I wrote of the music on the last album that Nordland had “succeeded in maintaining connections to some of black metal’s most revered (and most copied) traditions, while also embellishing and changing the methods of expression in ways that stand out from the pack”, creating music that was “so complex, so intricate, and so kaleidoscopic in its changes that it also merits adjectives like ‘progressive’ and ‘avant garde'”. Nordland’s propensity for crafting ever-changing musical expressions that take listeners outside of themselves into a different imagined world is on display again in the song from The Dead Stones that we’re premiering today — “The Roots Impale the Dead“.

“Kaleidoscopic” remains an apt adjective for this new track. Propelled by cadences that are in constant flux, including unexpected bursts of martial snare rhythms, the music ranges far and wide. Brooding riffs are paired with shining leads, a mix of wraithlike ephemerality and cold cruelty. Arpeggios that dart and swirl, edged with delirium, leap out above hammering drumbeats. A bridge of pessimistic notes lead to percussive eruptions and waves of bleak guitar melody. The music grows feverish and then deeply melancholy, as if in remembrance of a lost age. Near the end, Nordland locks into a big head-moving sequence of pile-driving percussive power, but without losing the atmosphere of darkness that, in changing shades, cloaks the song as a whole.

For further tastes of what Nordland has achieved on this new, hour-long album, we’ve included streams of two other previously premiered songs, “I Defy Thee” and “The Thrice Crowned King”. Pre-order via the links below.

2 Responses to “AN NCS PREMIERE: NORDLAND — “THE ROOTS IMPALE THE DEAD””