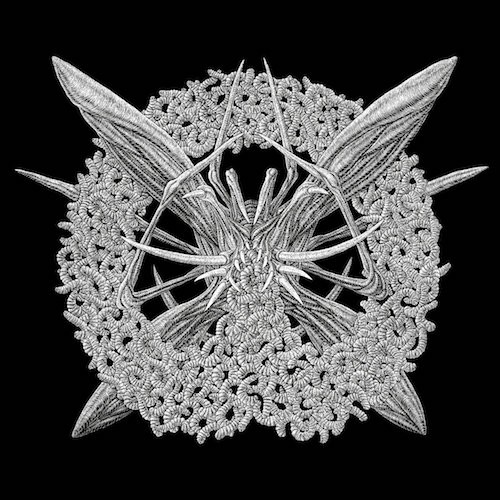 Womb of Worms is the new second album by the Czech black/death band Mallephyr, whose Russian and Czech labels (Satanath Records and Murderous Production, respectively) recommend for fans of Svart Crown, Behemoth, Dissection, and Outre. The album will be released on October 29th, and the track we’re revealing today is “W.Y.I.D.”

For those new to Mallephyr, the song provides a great introduction to their talents, presenting an electrifying display of well-crafted dynamism and full-bore zealotry, combining the bone-fracturing weight of death metal and the speed and ferocity of black metal in a full-throttle attack (with a well-timed digression) that’s intricate, chaotic, groove-some, and a guaranteed fire-starter for your nervous system. 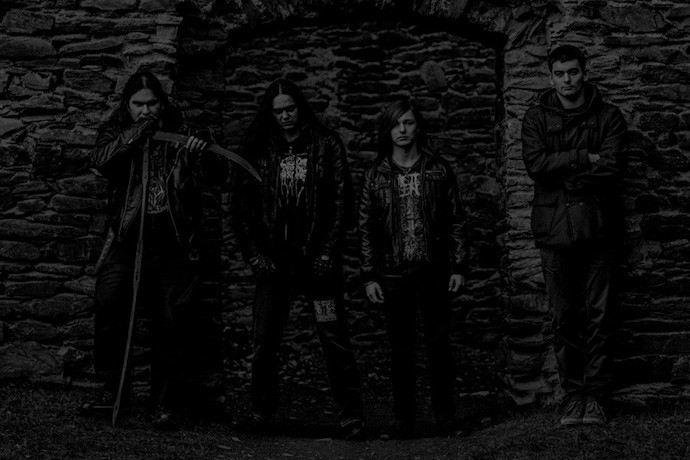 Wasting absolutely no time, the music of “W.Y.I.D.” rockets forward in a riotous combination of hammering drums, rapidly pummeling bass, and eerie, writhing riffs punctured by spiraling and fanfare-like eruptions of melody and by rapid, jolting chords. As the vocalist’s wild shrieks join the war charge, the drumming becomes an unbalancing sequence of bursts, and the riffing grows even more unhinged.

As mentioned, there is a break in the action — a break made of simmering reverberations and staggering body blows created by conjoined strings and drums. When the rhythm resumes, it’s at a solemn pace, but the shimmer of strings is still an unearthly and uneasy sound — and when the vocals return, they’ll surprise you in their reverential melodiousness. When the pacing accelerates again, the lead guitar trills and soars in a manifestation of glorious fervor — though it’s again punctuated by riveting, rapid-fire bursts of percussive power. The music segues into a pile-driving fusillade before mounting to a near-cacophonous crescendo — and then you can breathe again.

Womb of Worms was recorded, mixed, and mastered at KSV Studios in Prague, and the cover artwork was created by Marek Škubal. The album is available for pre-order in a jewel-box CD edition with a 12-page booklet (limited to 500 copies). Below you’ll find our premiere of “W.Y.I.D.” as well as another song, “The Temple of Nothingness” (which is a free download at Bandcamp)