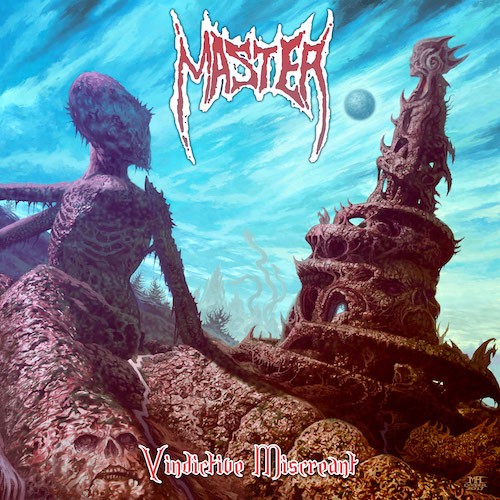 After a career that has spanned three-and-a-half decades (and counting) and more than a dozen albums, Master should need no introduction to die-hard fans of death-thrashing metal. What might be worth mentioning to any newcomers among you is that despite such a long and storied lifespan, Master show no signs of slowing down. As their new album Vindictive Miscreant shows in spades, this is a wolfpack on the hunt that sounds as feral and as blood-thirsty as ever. But the years of experience and craftsmanship show as well. You’ll get a solid taste of both the band’s unflagging, vicious energy and their songwriting and performance chops in the song from the new album we’re bringing you today. 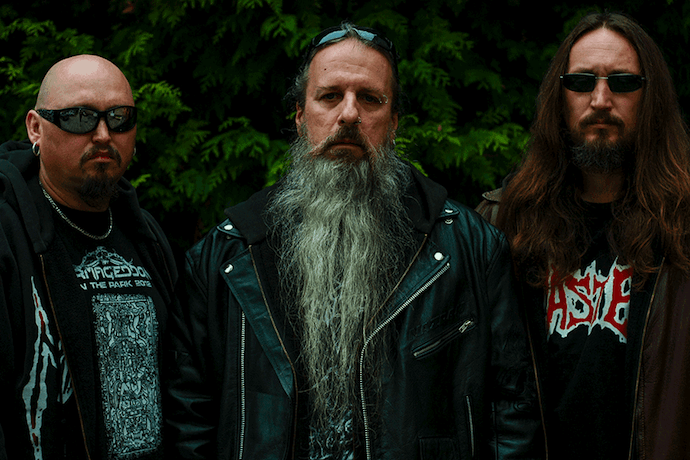 “Engulfed In Paranoia” is both murderous and glorious. The brooding arpeggios have a thoroughly morbid resonance, while the boiling riffs with which they alternate create an aura of blazing (but dangerous) grandeur. Paul Speckmann‘s bestial, blood-lusting vocals are convincingly gruesome, and he and drummer Zdenek Pradlovsky provide the kind of rhythmic propulsion that gets a grip on your neck damned fast. When they and guitarist Aleš Nejezchleba surge into high gear, the song becomes a savage (and hook-filled) romp, accented by a flickering speed-demon of a solo that even further elevates the extravagant barbarism of the track.

“Engulfed In Paranoia” is hugely adrenalizing, highly addictive, and more than lives up to the high standards this band have already set for themselves and for others.

Vindictive Miscreant is set for release by Transcending Obscurity Records on November 28th. It features artwork by Mark Cooper and layout by Francesco Gemelli, and it’s available for pre-order now.

The song we’re presenting is the most recent of five songs disclosed from the album so far, and you’ll find streams of the other four right after the new one below. Enjoy!

4 Responses to “AN NCS PREMIERE: MASTER — “ENGULFED IN PARANOIA””