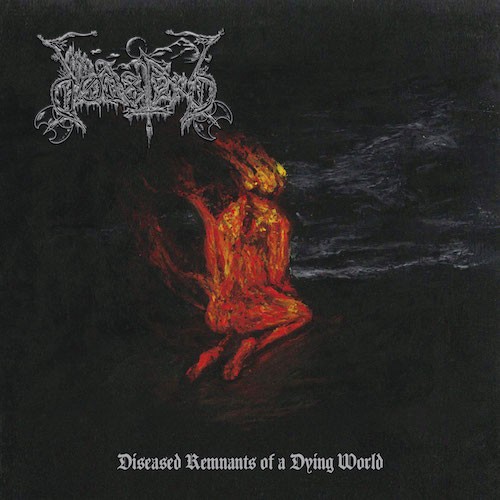 Our world is dying. With each sunset the planet draws closer to its inescapable extinction. It will of course survive our own lives, but what we collectively do may hasten its demise as a hospitable home for our kind and our co-inhabitants long before it becomes a barren cinder. Humankind so often seems determined to make a misery out of the wonders around us, and a ruin of our own best creations.

In seeming contemplation, and condemnation, of a bleak future, the new album of the Greek black metal band Dødsferd is named Diseased Remnants of A Dying World. The album’s title track is the record’s centerpiece in more ways than one. Set dead center in the running order, it’s also the album’s longest track and perhaps its most ambitious as well. In the ebb and flow of its powerful, mood-changing sounds it could be experienced as a far-sighted panorama painted in tones, a foretelling of human blindness, lost glories, and the pain of avoidable but uncorrected failures.

It’s our pleasure to present this immersive, emotionally gripping title song today in advance of the album’s release by Transcending Obscurity Records on December 14th. 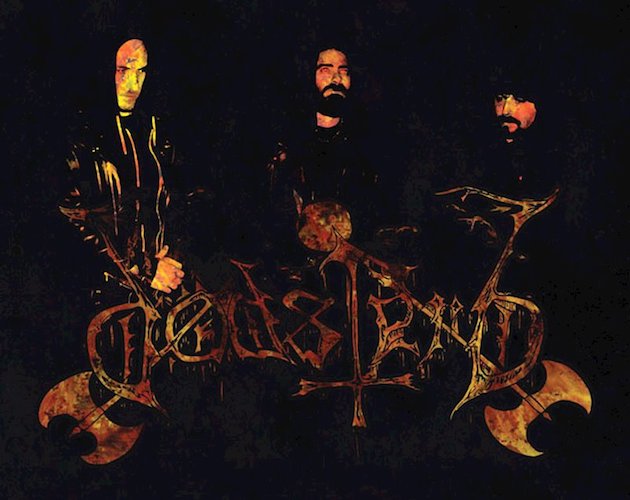 Dødsferd‘s music has evolved over the course of ten albums (this new one being the tenth) and many shorter releases, a progression that has unfolded over roughly 17 years of persistent creative intensity and integrity. Where they have arrived now after such a long road clearly isn’t the end of the trip, but they have reached a very impressive summit through this new record, even if they continue to set their sights on further ascents in the years to come.

The title track is perhaps the best evidence of where they’ve arrived. At more than 16 minutes in length, it creates a changing soundscape that captures sensations of turmoil and torment, fury and despair, the embrace of fleeting beauty destined for destruction and the anguish of losing it. The sound is alternately very heavy and ominous, gossamer-light and wistful, gleaming and grand, and incendiary in the heat of its racing and ravaging onslaughts.

Whispered warnings and condemnations have a place, as do vein-rupturing shrieks of pure rage and agony, and soul-splintering cries. Dismal ringing chords and mountainous bass lines have a place, along with pulse-pounding drum flurries and spiraling, flickering leads whose changing resonance seems glorious in one minute and feverishly despairing at another. Melodies of moody remembrance and gloomy introspection play a role, as do harmonies and rhythms that seem gateways to awe-inspiring vistas of an imperiled nature.

There really is a panoramic quality to the song as a whole — it’s immersive in the power of its atmospheric effects — but it’s frequently a powerful physical experience as well, delivering music that causes reflexive head movement as you listen, as well as leading the mind to sway in the grip of its mesmerizing spells of sound.

An ambitious composition, to be sure, but this is a beautifully conceived and executed vision that we’ve thoroughly enjoyed, and hope you will, too. 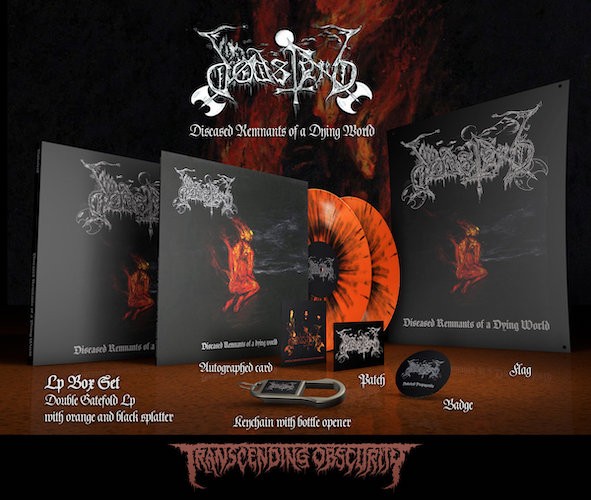 Transcending Obscurity will release the album in a variety of attractive formats, with related merchandise, and you can get more details through the links below. We’ve also included a previously released video for the song “An Existence Without Purpose” along with our own premiere.

TRACK LIST:
1. My Father, My Wrath!
2. An Existence Without Purpose
3. Diseased Remnants Of A Dying World
4. Loyal To The Black Oath
5. Back To My Homeland… My Last Breath

2 Responses to “AN NCS PREMIERE: DØDSFERD — “DISEASED REMNANTS OF A DYING WORLD””