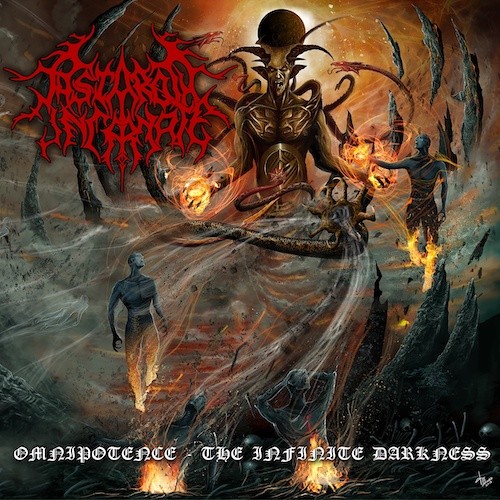 Toronto’s Astaroth Incarnate aren’t hidebound by genre convention, incorporating ingredients into their hellish musical extremity that range from death to black metal, from doom to groove. But in “Re-Creation“, the song featured in the video we’re premiering today, they thrash up a storm — a very sinister and cyclonic storm.

“Re-Creation” is the closing track on the band’s latest EP, Omnipotence – The Infinite Darkness, which was released by CDN Records in September of last year, and this new video combines close-ups of the band members kicking out the jams on stage and wider angles of shadowy figures cavorting to the sensations of the song’s orgiastic demon frenzies. 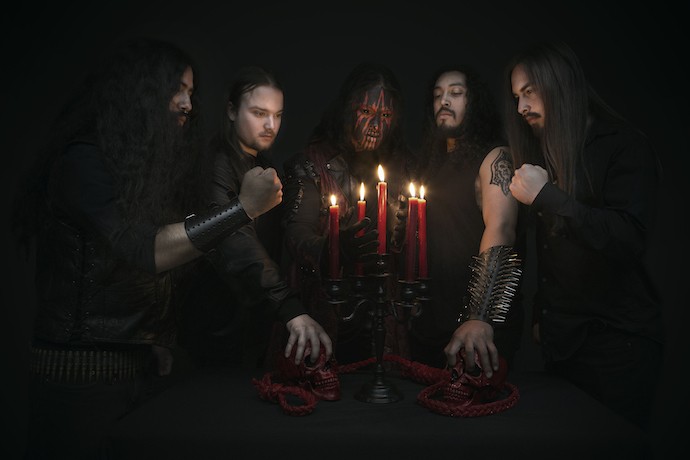 “Re-Creation” is a fast-paced, technically impressive, highly headbangable romp in which the band manage to integrate persistent pugilistic grooves and lots of crazed, spidery fret-work, discharging fast-darting note flurries, swirling finger-tapped arpeggios, and poisonous seething tones. And while the drummer mainly devotes himself to laying down neck-snapping and gut-punching rhythmic accompaniment, augmenting the foundations of groove in the song along with the nimble-fingered bassist, he picks his moments to cut loose, too.

Speaking of groove, in the song’s back half the band lock into a really potent one, which becomes the foundation for an exotic fret-melter of a solo that sends the song to new heights of fireball explosiveness. Meanwhile, through it all, the group’s demon-faced vocalist blasts the mic with a vicious combination of blood-curdling shrieks and monstrous death growls.

Astaroth Incarnate tell us that “Re-Creation” was the first song they wrote together as a band, and “so it felt right to make a video for it as a last showcase of the current state of the band before moving forward and re-inventing ourselves for our upcoming full length album”. As for what comes next, they say:

“Expect the unexpected as we move towards breaking into new musical ground and ushering in the inception of Apocalyptic Metal. We start recording for our first full length album starting November of this year. We thank everyone for following Astaroth Incarnate for the last 5 years and can’t wait to show all our spawns our reinvigorated purpose.” 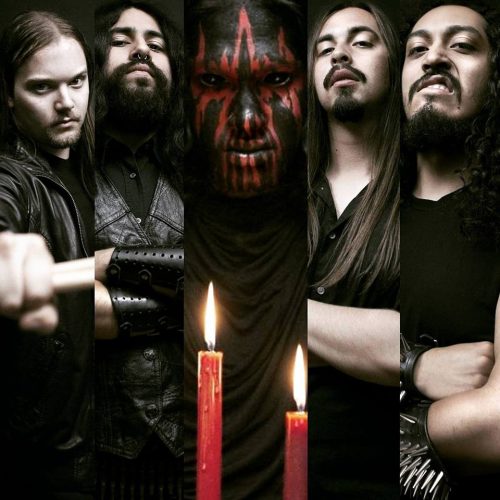 The video you’re about to see was shot by Réka Barti, edited by Trevor Ziebarth, and features make-up by Courtney Evers and stage performances by Krystle Lee, Ashley Williams, and Estelle Rheaume.

In other Astaroth Incarnate news, the band will play their last headlining show of the year on December 8th at Coalition in Toronto, where they’ve promised they’ll be revealing future plans for next year to the audience and providing “a special performance with some guests joining us on stage”.

And finally, for those just now discovering Astaroth Incarnate, we’re including a guitar playthrough video for the song “Unfleshed” and the band’s lyric video for “Curse of the Black Plague“, along with today’s premiere. To check out the entire album, use the Bandcamp link below.