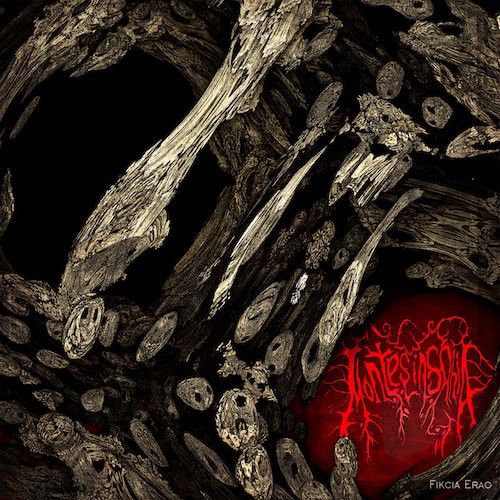 What we are about to premiere is a lyric video for a composition by Montes Insania entitled “Akto De Metafiziko” from a forthcoming concept album named Fikcia Erao. The words, like the titles, are in Esperanto — an abstract modern language intentionally chosen because it is free of any cultural or historical connections, intended to help tell a musical story that is also unrelated to any existing culture, a story “about illusions and metaphysics, about chaos, emptiness and the struggle of man in an aimless universe”.

The music, which has some kinship with black metal, is as abstract and as confounding as the language. And while Fikcia Erao is described as an appeal to Johann Sebastian Bach, and appropriates the sounds of organ, strings, and horns, Montes Insania insists that “this is not symphonic metal, but antisymphonic, metasymphonic, in which academic parties are turned inside out, not smoothing sharp corners, but on the contrary, filling the composition with rigidity and perversion, known only at the dawn of music”. 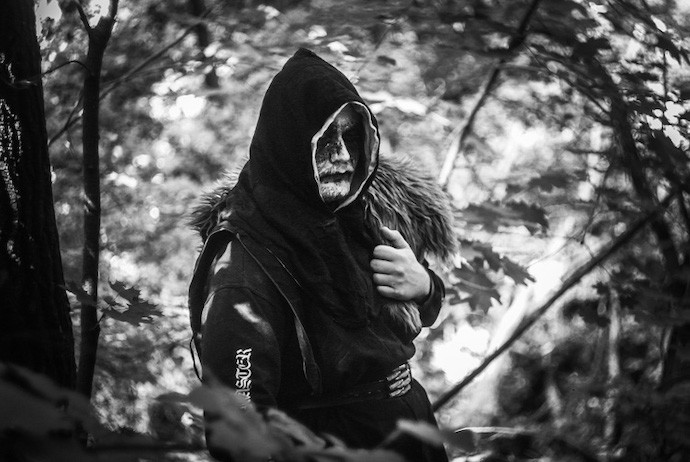 Attempting to describe the experience of “Akto De Metafiziko” is probably a task doomed to failure, because it is so completely bewildering. It seems a translation of madness into theatrical sound, an ever-changing and entirely unpredictable trip that’s both riotous and sublime, emotionally explosive and mentally unbalancing.

Everything is in flux, from the first moments to the last. A martial drum pattern and mercurial organ notes give way to blasting drums and harrowing howls. Exotic, mind-bending melodies glow and glimmer, swirl and soar. Eruptions of rhythmic pounding and cacophonous vocal extremity suddenly evaporate, to be replaced by the tones of horns and what might be classical wind instruments, only to be replaced again by eruptions of fanfare-like blasts, frenzied notes, and truly unhinged vocal expressions, layering cries of proclamation and boiling agonized shrieks.

The music reaches crescendos of uncontainable insanity, only to subside into dramatic spoken words, the wafting of pastoral strings and mystical horns, only to rise up again in grandiose displays of unnerving majesty. There’s no real way to know where the music is going, or how it will end; it’s also difficult not to be caught up in this wondrous madness, just to find out… and it might leave you gasping by the end.

Montes Insania was originally a Russian-Ukrainian project formed in the spring of 2013. In 2018, only one person (A.T.) remained in the group. During this time, the project released two albums, Song from behind a gray veil and Absurdum, as well as the EP I am Empty. For this new album, Lesta provides backing vocals.

Fikcia Erao is difficult to compare to the music of other bands, but the releasing labels refer to Peste Noire, Septic Flesh, Fleshgod Apocalypse, Keep Of Kalessin, and Arcturus as the closest musical landmarks.

The album will be jointly released by Symbol of Domination and More Hate Productions, both digitally and in a jewel-case CD edition with an 8-page booklet, limited to 500 copies. Below, you’ll find both our premiere and a stream of the previously released track “Akto De Malplena“, which is free to download at Bandcamp.