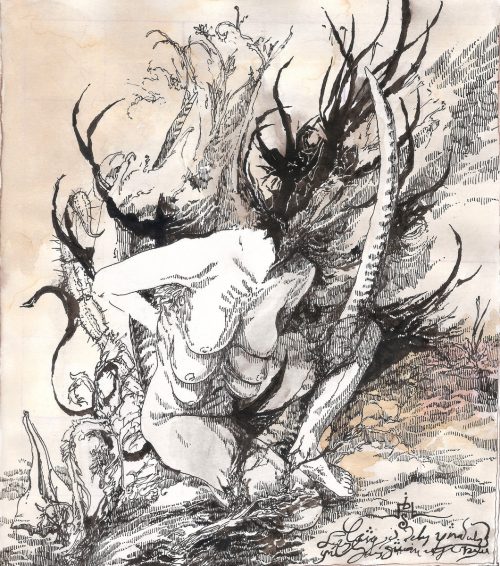 (This is Andy Synn‘s review of the new album by the Finnish band Devouring Star, which was released on October 26th by Dark Descent (U.S.) and Terratur Possessions (E.U.).)

Whether you call it “Black Metal” or “Blackened Death Metal” (I prefer the former in all honesty, although, given how obnoxiously heavy the band’s sound can be, I suppose I can see the argument for the latter too) it should be obvious that Devouring Star is one of the absolute best at what it does, as both the band’s debut album (Through Lung and Heart) and its similarly blistering companion EP (Antihedron) can already attest.

You probably won’t be surprised then to hear that The Arteries of Heresy continues this tradition of providing some of the best Metal (Black or otherwise) you’re going to hear all year, all delivered without concession or compromise. 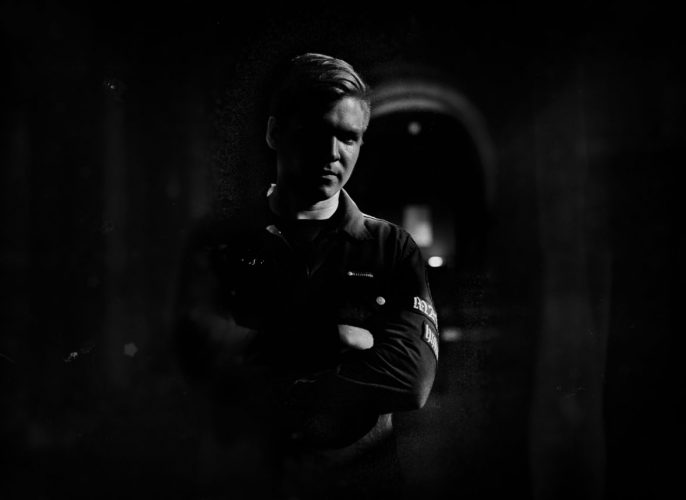 What’s particularly interesting about Devouring Star, from my perspective anyway, is that even though the band’s music is constructed pretty much entirely of the most familiar and traditional elements of Black Metal – scalding torrents of scathing tremolo guitar… deluges of devastating blast beats… grisly, glass-chewing vocals… sinister sequences of ominous and oppressive chords… – the end product somehow doesn’t sound quite like anyone else in the scene.

Mostly this is due to the obvious (and impressive) amount of care and artistry which has gone into the construction and composition of each track, as each of the five songs which make up this record possesses a sense of purpose and direction, both as a unique entity and as part of a greater whole.

But there’s also a certain sense of atmosphere at work, a certain inchoate vibe or spirit, which defies easy description or explanation, while also serving to set the band apart from both their peers and their progenitors.

Opener “Consummation”, for example, provides the record with a drawn-out and doom-laden introduction which lasts for several minutes before coalescing into a blazing conflagration of hammering drums and howling dissonance that showcases both the caustic intensity and harrowing clarity of the band’s sound in one fell swoop.

But while “Sin Assimilation” may well be the album’s most brutally intense and unforgiving cut – with an overall sound akin to being dragged, naked and screaming, into the gaping maw of a black hole – it has to be said that “Scar Inscription” gives it a real run for its money at times, melding weighty, monolithic chords and truly thunderous drums into a veritable monster of pitch-black malevolence.

Concluding with the sadistic stomp and spiteful savagery of “Her Divine Arteries”, which could very well be the album’s most powerful and perniciously infectious song, ultimately The Arteries of Heresy is yet another masterful statement from one of Black Metal’s most dynamic and devastating acts. 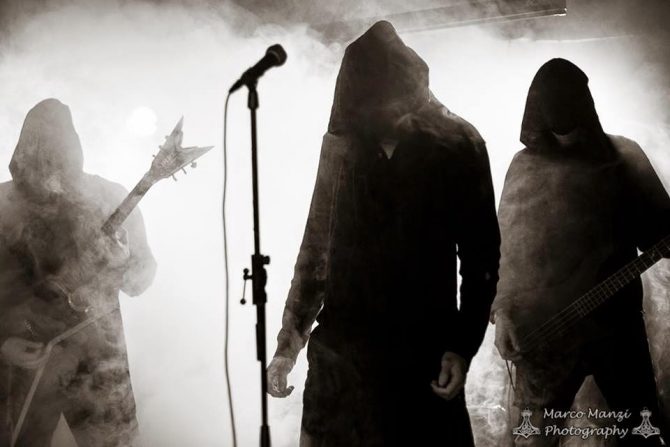 Granted, every so often (but not every time) I feel as if there might be a piece missing, as if one more song might have fleshed the album out even further, but there may well be some sort of greater meaning or symbolism that I’m unaware of which dictates why JL has elected to construct each of Devouring Star’s albums from five tracks and not more, and the record certainly doesn’t feel as though it’s “lacking” anything when all is said and done, so this is very much a minor concern in the grand scheme of things.

Where exactly this will sit in the final reckoning of the year’s best albums I’m still not sure, but I do know that it merits very real consideration as one of the best Black Metal albums I’ve had the (dis)pleasure of encountering over the last 10/11 months.