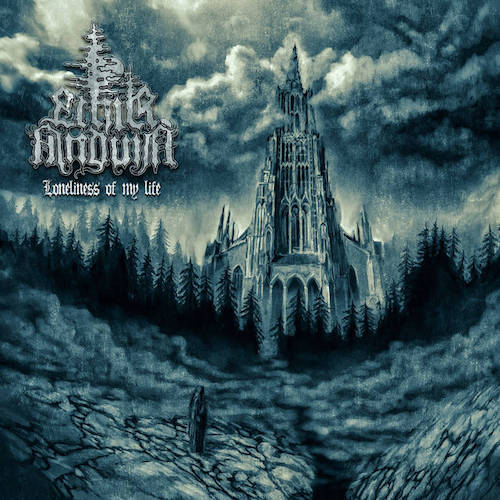 I’ve observed more than once in our pages that creating purely instrumental metal in compositions of unusual length is a challenge fraught with risk. Even a song of more than 10 minutes that includes voices puts demands on the attention of discerning listeners that are difficult to reward, and when the additional sonic textures and emotional energies that can be contributed by a good vocalist are subtracted from the equation, the dangers of drifting attention are magnified.

Of course, we can all think of at least a few examples of musicians capable of surmounting such challenges, whose lengthy compositions and instrumental performances grab hold of our heads and don’t let go until they’re ready to. And I think we have a new example of such prowess for you here, in the track we’re premiering from the new album by the Russian band Ethir Anduin. The song’s name is “Meaningless Existence“. 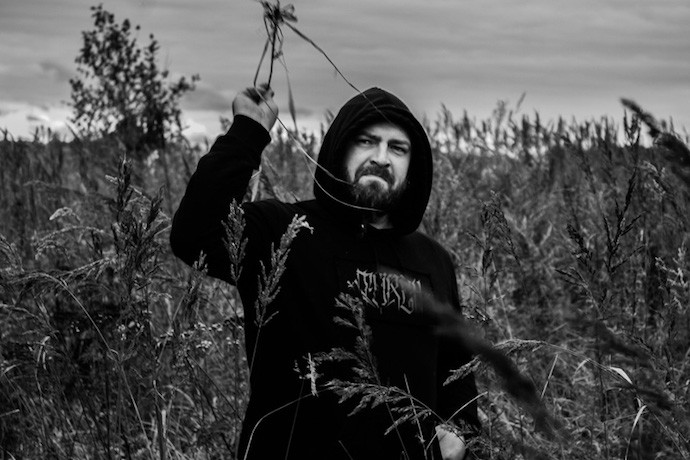 I suppose I should have mentioned that the challenges of creating long instrumental-only tracks can become greater still when only one person is behind the sounds, because it’s difficult for one person to be good at everything that’s needed to maintain that grip. And in this case, there is indeed only one person behind the music; although he is joined by a vocalist elsewhere on the new album, he’s on his own here. It must be said that he’s had time to hone his skills: The new album, Loneliness of My Life, is the band’s seventh album since 2011.

But the style of the music has evolved over those years, moving from funeral doom to a more blackened and atmospheric form of doom with symphonic components, and from there to what we have now on this new record, which the releasing labels (Symbol Of Domination and More Hate Productions) recommend for fans of Black Sun Aeon, Yearning, Totalselfhatred, Burzum, Shape Of Despair, Forgotten Tomb, KYPCK, and Swallow The Sun.

“Meaningless Existence” is a changing experience, which if not essential is at least vital in maintaining a hold for nearly 11 minutes. The ebb and flow of the track begins with strummed chords backed by a shimmering ambience, accented with dissonant notes and pounding drums. The music builds in urgency and heaviness, evolving into the sound of tension and inner turmoil. The pounding rhythms grow more punishing and the riffing more feverish.

The track is segmented by softer digressions, almost always led by a big bass pulse. The first of those creates a near-hallucinatory feeling, but then the black-hearted, gloom-cloaked jackhammering resumes, still backed by a gleaming mysterious shimmer of sound and the ripple of a tremolo’d lead. Even with the occasional brief changes of mood, the trajectory of the music still arcs toward greater torment — the pounding becomes even more massive, the guitars even more boiling. And even the digressions change into a pairing of skittering strings and slashing chords, followed by even more destructive bursts of savage percussion and smashing riffs.

Desolation comes in different shapes, and eventually this track creates a new one as the pace becomes more dirge-like and the music more grim and groaning, more despairing and oppressive — though peals of uneasy melody and high febrile tones pave the way to one more hammering attack, with the bass falling like sledgehammer blows and the layering of guitars becoming near cacophonous in their frenzy.

A final bass-led digression introduces guitar sounds (there are so many of them in this song!) that resemble the twittering of frightened birds, and when the mountainous stomping disappears for the last time, its those frightened sounds that become the last thing you hear before Ethir Anduin releases its grip.

As mentioned, Loneliness of My Life will be co-released by Satanath Records‘ sub-label Symbol Of Domination (Belarus) and More Hate Productions (Russia), and that will happen on November 21st. It’s being offered digitally and in a jewel-case CD edition limited to 500 copies. The cover art was created by Paint-It-Black Design.

Immerse yourself in “Meaningless Existence” below, and if you like what you hear, you can also check out a previously released track named “Lethargy” (which is free to download at Bandcamp).