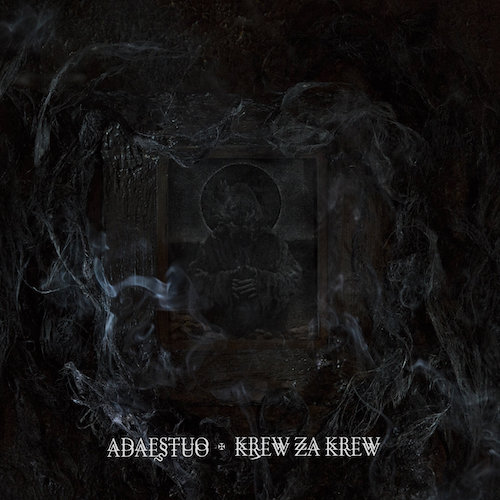 According to our traffic statistics, roughly half of our visitors regularly come here from countries outside the U.S. I suspect that many of those people still paid a bit of attention to the elections conducted here yesterday, but probably not to the same extent, or with the same degree of emotional turmoil, as most of us in the States. Though I thought about staying away from the TV and the internet in an effort to reduce my anxiety, I failed. So, it was a late night of watching returns and a morning consumed by reading about what happened and what to make of it.

Nevertheless, I did manage to squeeze a bit of new metal into my ears last night and this morning, and chose the following advance tracks from four new records to share with you at this point — with more to come tomorrow.

Though I only managed to write about one track from Adaestuo’s 2016 debut EP, Tacent Semitae, I thought it was fantastic. I’ve been quite interested to hear what this multinational trio (instrumentalists VJS and P.E.Packain, and vocalist Hekte Zarenwould) would do next, and now we’re about to find out. 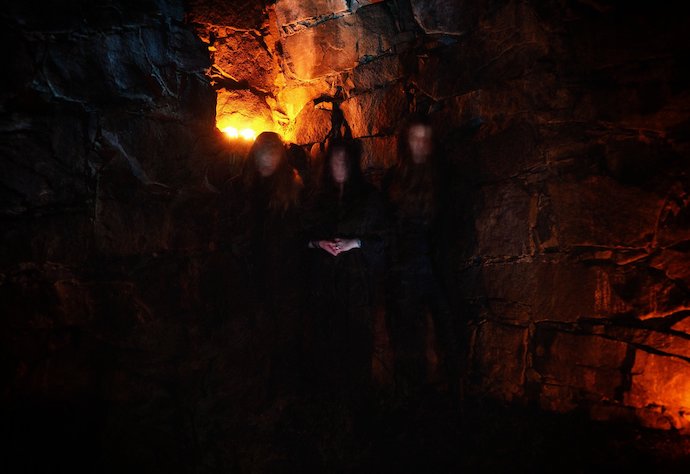 On December 11th W.T.C. Productions will release the band’s debut album, Krew Za Krew, and over the last 24 hours we’ve all been furnished an advance track to hear, one named “Shadow Pilgrimage“.

This song really is a gripping assault, its heavy, mind-warping riffs and skittering, spiraling, shimmering leads creating an unearthly aura that emanates with arcane, skin-shivering power from the fury of the rhythmic drive and the scalding intensity of the vocals. The music creates a deep sense of danger and unease, and a queasy sensation that seems like a disturbance in the inner ear, yet an aura of terrible majesty rises from the music, growing in strength and magnificence as the song expands outward.

I have a feeling that this album will be something very special, and hopefully not something that will be overlooked because it’s coming so late in the year. 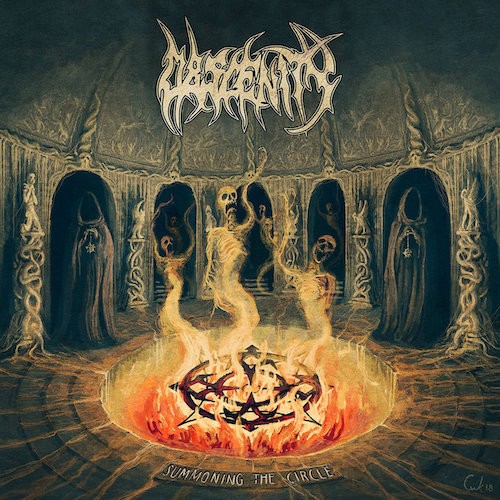 The first album of Germany’s Obscenity was released in 1992. The tenth one, Summoning the Circle, will be released by Apostasy Records on December 7th of this year. It’s not exactly the same band that released that 1992 debut, with only guitarist Hendrik Bruns and drummer Sascha Knust still in the ranks from the earliest days — now joined by new vocalist Manuel Siewert (December Flower) and new bassist David Speckmann (Burial Vault), in addition to longer-standing guitarist Christoph Weerts — but as the new song you’re about to hear will confirm, Obscenity is still a tremendous force to be reckoned with, and the many combined decades of experience represented by the line-up plainly show.

Yes indeed, in this 30th year of Obscenity’s existence, they’re still a lethal war machine, as proven by this track off the new album, “Infernal Warfare“. It’s a brutal and brutish assault driven by punishing drumwork and grim drilling riffs, and the new vocalist has a deep carnivorous roar that adds to the cold-blooded fury of the attack. Yet the music is also tremendously vibrant and fiery, jabbing and slashing, sending off blasts of musical fanfare as well as crazed, insectile string flurries, and ultimately capping the display with an eerie solo.

Icelandic black metal — that’s what I’ve chosen for you next. If not a completely iron-clad guarantee of quality, that label at least provides a compelling reason to check out new music. In this instance, it’s a song called “Blóðvefur” from the debut album of Vetur, the title of which is Nætur.

This track is one of five that I mentioned in the last round-up I had received a recommendation about from my Norwegian friend eiterorm a couple days ago. While making sure I noticed this was Icelandic black metal, he also mentioned, “This song is of the bludgeoning kind”, and so it is.

The impact of the bludgeoning is aided by drummer Dirk Verbeuren, but the gut-level thunder of the bass plays its own role, and the bursts of pile-driving power in the song are heavy and hard enough to give your skull a good fracturing. Of course, there’s more to be found in the song, from the high-intensity acid spray of the vocals to spurts of freakish riffing and cascades of soaring, magisterial melody. And when the band aren’t doing their damnedest to hammer you right into the ground, they’ll ride you down with thrashing gallops.

Nætur will be released on November 16th — though at this point I don’t know how it will be released or where it will become available for purchase. I did find this particular track on Amazon Music, Spotify, and iTunes. The album was co-produced, recorded, mixed, and mastered by Stephen Lockhart at Studio Emissary, and includes piano performances by Gunnar Ben from Skálmöld. 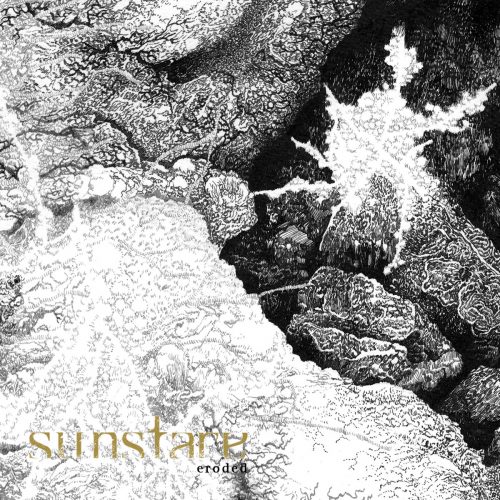 The French band SunStare released a debut album named Under the Eye of Utu in 2015, but it eluded my attention. Their follow-up full-length, Eroded, will be released on November 14th, and I won’t be missing this one, thanks to the two tracks from it I’ve heard so far. Those two (so far) are the only ones available for listening on Bandcamp, and so I’ll focus on them here until I have a chance to listen to the rest of the album.

As manifested in these two very powerful tracks, SunStare traffic in a blend of sludge, doom, and post-hardcore, with some progressive flourishes in the mix as well.

The moody bass notes and methodical snap of the snare in “Prey for the Sun” establish a grim pacing, while the feverish boil of the guitars and the wrenching, lacerating screams of the vocalist create a mood of splintering sanity and fraying emotional stability, which becomes even more gloomy as the music softens and the guitar notes slowly reverberate. The drummer does briefly push the rhythm into a gallop and the riffs become more slashing, but there’s ultimately no escape from the pit of hopelessness into which the band are dragging you. The chords ring out like dissonant funeral bells, the bass vibrates like the aroma of pestilence, the drummer hammers the coffin shut, and the weird ringing notes that close the song somehow don’t make the outlook any brighter.

“10000 Days of Night” is perhaps even more effective in creating sensations of mental breakdown, with a changing array of dissonant guitar manipulations that might put your teeth on edge and vocals that themselves seem to straddle the line between pain and derangement. Thick, woozy leads are also in play, casting a narcotic pall over the sound. The song is no less ponderously heavy than the preceding track, no more willing to permit much light into this nocturnal trek toward the abyss, but it may be even more unnerving.