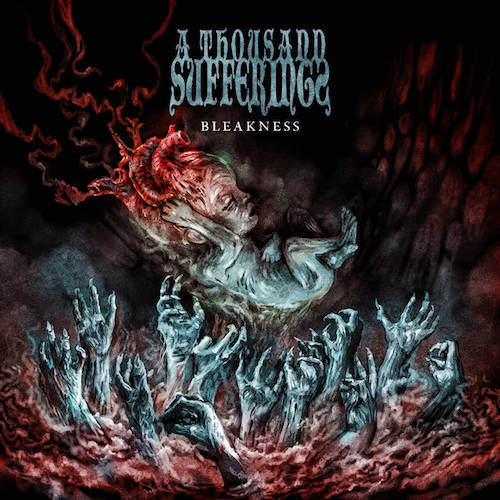 With a 2015 debut album (Burden) and a 2017 split with Marche Funèbre in their review mirror, the Belgian band A Thousand Sufferings are on the brink of returning with a second album, Bleakness, which will be released on November 22nd by Symbol of Domination. It won’t be a happy occurrence, as you might guess from the album’s title and the band’s name, even if you were unfamiliar with their previous creations. But pain and gloom become manifest in different ways through music, just as they do in our lives.

The concoctions of blackened sludge and doom brewed by A Thousand Sufferings is a particularly intense portrayal of disillusionment and death, almost merciless in the scraped-raw immediacy of its maimed and wounding sounds. As displayed through the song we’re premiering today, they channel feelings of betrayal and disgust, torture and fury, with emotionally compelling power — without foregoing the appeal of head-moving rhythms and melodies that will stay with you. 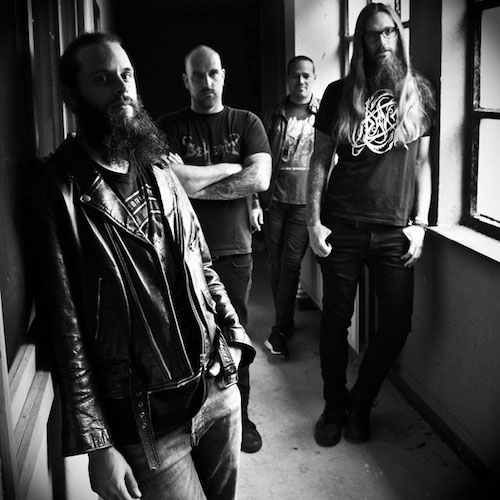 While undeniably dark from beginning to end, “Faces” does present contrasts. Over more than nine minutes, in which the energy of the music builds, crests, subsides, and surges again, the guitars discharge sounds that are haunting, searing, and wailing in agony. They also generate the flickering pulse of high, shining, ethereal tones as well as brutish, jolting riffs made even heavier by a craggy bass tone. The chords become the bubbling of a toxic brew or betray the taut tension of terrible torment. The vocals are especially powerful, a cross between a howl, a yell, and a scream, straddling a fracturing intersection of rage and affliction.

The music harbors grievous lament, but when it really surges, it sounds like a losing fight for life — like an audio representation of the flailing, grasping hands of a person about to be pulled under cold, pummeling waves by a strong undertow. The song as a whole is similarly immersive and intense. Near the end, a flashing guitar cries out in shattering grief. And when it ends at last, all these moments, both hypnotic and terrible, replay themselves in the mind.

In describing the album as a whole, the releasing label drops references to Paradise Lost and Tiamat, and to Triptykon and Darkthrone. The evocative cover art was crafted by Paint-It-Black Design. Through the link below you can order the album digitally and in a jewel-case CD edition with an 8-page booklet. And even further below you’ll find “Faces“, as well as the previously released track, “Antagonist” (a free download at Bandcamp).