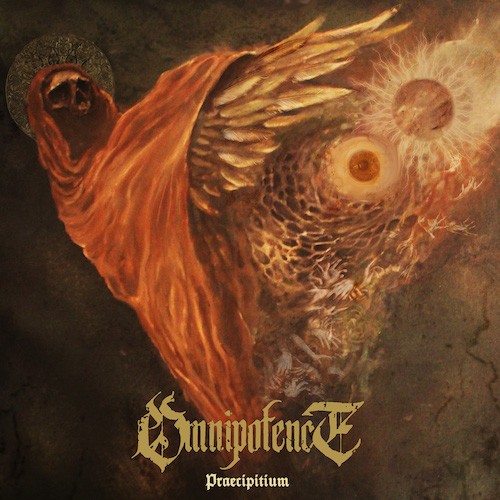 Vancouver’s Omnipotence seem to have struck like a lightning flash out of the clear blue sky, with their first release being a debut album named Praecipitium that will be presented by no less a label than the mighty Iron Bonehead Productions on December 7th. But it doesn’t take long to realize why the label so readily embraced the band in this, their first endeavor. One listen to the song we’re premiering today will be explanation enough.

“Paths To Oblivion” vividly reveals the group’s sinister and sorcerous powers, and their ability to write songs that harness the ferocity and heavyweight punch of black and death metal while also delivering melodies that prove to be insidiously memorable. 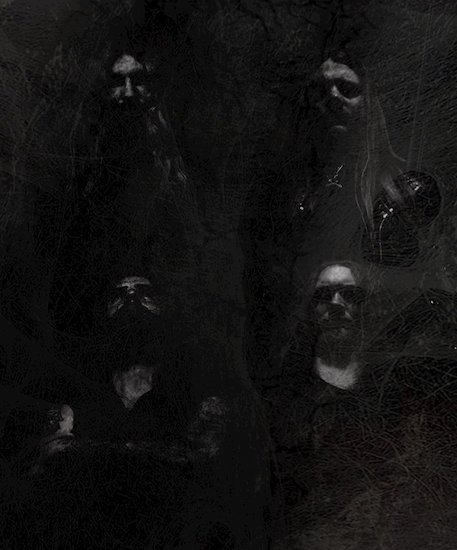 There’s a supernatural quality to the song — the specter of death seems to loom over it — but at its core it’s a richly riff-driven track. And so, after launching with a dismal, malevolent, reptilian melody, which persists even after the drummer begins blasting, you get a viciously razoring riff over which the vocalist howls the lyrics in a scalding tirade, yet another riff that seethes with blood-thirsty vehemence, and, as the cadence becomes more stately, another one that’s deep and convincingly ominous. And on top of all that, you’ll find a sparkling but spooky solo.

Riff-driven the track may be, but the song is also packed with hard-hitting drumwork that’s as varying as the fretwork, and well-calculated to provide the right kind of match to the changes in the music. And the song is further aided by a production strategy that delivers vibrant clarity, but doesn’t diminish either the near-physical potency of the music or its baleful and blackhearted moods.

“Paths To Oblivion” isn’t an outlier, as you’ll discover when you hear the whole album, or even when you hear the one other track that’s currently available for streaming, “Beyond the Boundaries of Being” (we’re including a stream of that one along with our premiere in case you missed it).

For further details about the release, which will come in both LP and CD formats, keep an eye on the links below.

2 Responses to “AN NCS PREMIERE: OMNIPOTENCE — “PATHS TO OBLIVION””