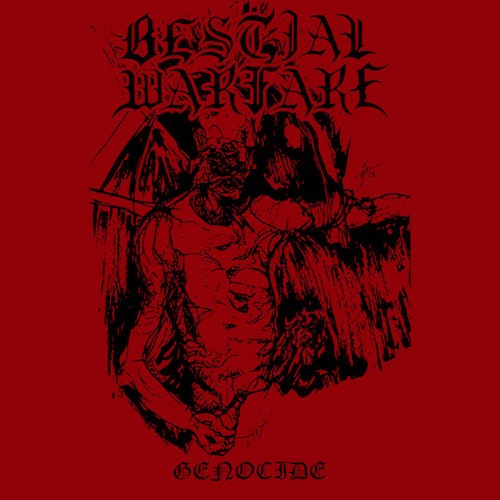 Those of you who have been lurking in the dankest, dingiest, and most dangerous recesses of the underground for more than a few years, at least in your listening habits, will guess right away the kind of music you’ll hear from a band named Bestial Warfare, especially when that band have named their debut demo Genocide. And it is indeed an assault of extreme black/death barbarism — tender ears and fragile minds should go elsewhere. But for those with a taste for slaughtering, who yet demand more than mere blasting pandemonium, Genocide should prove to be red meat for your ravenous hunger.

What this German trio deliver on Genocide is a blend of rampant chaos and pitiless militarism, of unchained violence and arrogant imperiousness. The riffs are delivered with toxic levels of distortion, becoming a roiling mass of untrammeled ferocity in the music’s most berserker passages. But poisonous hurricanes are not all that the band whip up. They also inflict bouts of slashing chords and cold, dismal stomps as well as swarming assaults of mind-scouring lethality laced with crazed, killing-spree leads. They even achieve moments that seem magisterial (but no less blood-congealing in their cruelty) and others that have the air of punk-fueled, mosh-inducing romps.

The vocals are also a changing display of inhuman terrorism, ranging from dictatorial proclamations to incinerating shrieks and livid howls. And credit should also be given to the drum assault, which is both spine-hammering and neck-snapping (and includes a few well-placed detonations that sound like bombs going off), all of it delivered with an unvarnished, organic sound. 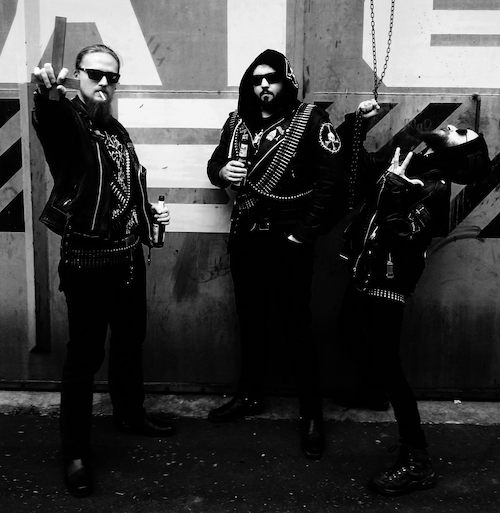 Dunkelheit Produktionen recommends Genocide for fans of Black Witchery, among other old-school black/death violators. The demo will be released on cassette tape as well as digitally, and it’s available for order now.

For those of you who might be within striking distance of the Szenario venue in Marburg, we’ll also mention that Bestial Warfare will be playing a demo-release show there tomorrow — November 17th — along with Membaris and Arioch.