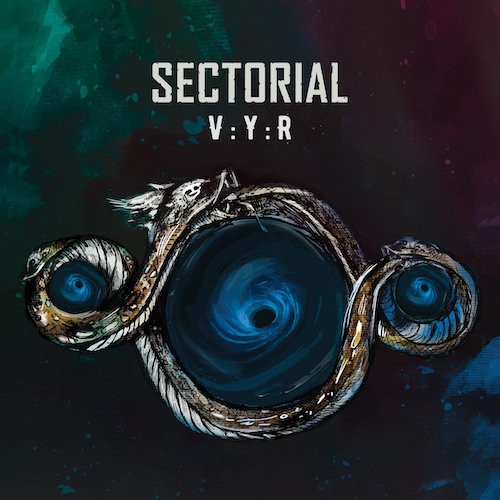 I can already tell that I’m not going to follow through on the plan I announced in Part I of today’s column. The plan was for a three-part post, but time is running out on me, and I’m going to have to stop here.

I’ve decided to introduce the first item in this collection, which is a full stream of the new album, VYR, by the Ukrainian group Sectorial, with a quote from the band: “Capricious and unpredictable streams of life, violent waves and the hypnotic blue of the the universe’s depths… an element that can withstand anything that will happen on the way… a bottomless stellar sky, reflected on a calm mirrored surface that in an instant turns into an incredible dance of the wind and drops, and spins in a gigantic powerful VYR.” 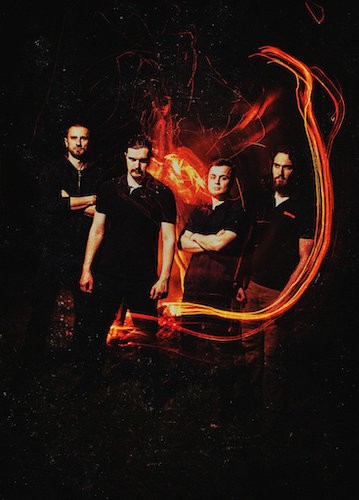 Black metal provides only one ingredient in the music of Sectorial, which also includes elements of death metal and folk music (including the band’s use of such different ethnic instruments as drymba/munnharpe, jouhikko, bukkehorn, flutes, duda, and trembita). I would say there’s also a progressive-metal influence in these songs. And the way in which Sectorial combine all these different ingredients and instrumental textures (as well as both harsh and clean vocals) produces music that’s equally rich and diverse.

You’ll get a strong sense of what I mean just from the first two tracks, the first of which is a melancholy folk song and the second of which begins in a ravaging attack. But even in that second song, ethnic instruments play a role, and the storm segues into a more moody and mystical digression as a prelude to a descent into deeper gloom that’s both wrenching and soulful before the storm rises again.

The band’s propensity to change musical courses and moods, and to layer contrasting elements, is on display throughout the album. There’s a hell of a lot to take in over these 12 tracks, but the whole trip is imaginatively conceived, beautifully executed, and thoroughly engrossing.

VYR was released by Noizr Productions on November 9th and is available now through Bandcamp. Below you’ll find a full stream of the album and a video that was filmed during the band’s recording of the album’s last track, “Inhuman Ones”, at Tyrant Studio in Kyiv. 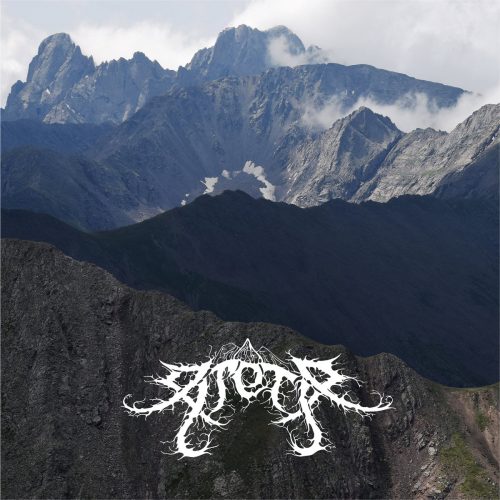 Arête is a collective of musicians who have produced excellent music in their other projects: guitarist Evergreen (Evergreen Refuge, Cuscuta), guitarist Chase Ambler (Deafest), and Paul Ravenwood (Twilight Fauna, Green Elder) on vocals and folk instruments. As integral parts of this project, author Nick Trandahl wrote lyrics, Patrick of Infinite Forests Photography created visual accompaniment, and Josh Thieler from Slaves BC (and Twilight Fauna) joined in on drums.

Over a three-year period Arête have been building toward the release of their debut album, the name of which is Hymnal. They released a demo in 2016 through Fragile Branch Recordings, and later that year a demo version of a song from the forthcoming album appeared as the opening track on a compilation called Crushing Intolerance Volume IV. I wrote about both of those, and since then a few more previews for the album have surfaced. And now, finally, Hymnal has been released through The Fear and the Void Recordings, preceded by a full stream in Kim Kelly‘s column at Noisey.

The album has received praise from other reviewers as well, and now I’ll briefly add my own.

The group once characterized the music as “melancholy mountain metal” — or maybe it was “melancholy mountain black metal”? — but in truth black metal doesn’t dominate these sounds. The music is so often deeply haunting, conjuring a sense of isolation, albeit a loneliness in the midst of vast and sometimes hostile grandeur. In these most atmospherically mystical passages of the music, accented by a broad array of acoustic instrumentation, it’s easy to fall under a deep and dark spell.

When Arête do create tumultuous outbursts, they deploy furious drum fusillades and swarms of lo-fi guitar buzzing along with chilling vocals that straddle a line between gasping and rasping. These outbursts can also be chilling enough to raise goosebumps on the arms, and the softer segments with which they’re interwoven seem even more desolate and spooky. Even the instrumental title track, which is entirely acoustic, is beclouded despite the vibrancy of the notes.

There is frigid beauty to be found in the music — like visions of ancient snow-covered crags as glimpsed through dying eyes, or the wistful remembrance of a happier time long lost and no longer retrievable. In other words, don’t come to Hymnal seeking emotional uplift or a celebration of natural glory. But if you want to lose yourself, to become ensorceled by sorrow, you’ve come to the right place.

Hymnal is available on CD, vinyl, and digitally through the first link below,

If this project’s name doesn’t make you smile, I’ll be surprised. And apart from the clever name, the music is also very appealing, though it’s far from humorous.

Blurr Thrower is a one-man band from France who claims inspiration from the likes of Weakling, Fell Voices, Ash Borer, Time Lurker, and Paramnesia, while also maintaining ties to elements of the French black metal scene. The debut album, Les avatars du vide, was digitally self-released earlier this year, and it will be the first 2019 release by Les Acteurs De L’Ombre Productions, who is presenting a CD edition.

Blurr Thrower is invested in long-form black metal: There are only two tracks on the album, “Par-delà les Aubes” (18:58) and Silence (17:31). LADLO published the first of those in recent days.

Obviously, “Par-delà les Aubes” makes a significant demand on your time and attention, and it takes its time building momentum and intensity. Yet even from the start, it has a beguiling quality, creating the fundamentals of its eerie, entrancing melody and then elaborating upon them. What at first seems mystical becomes increasingly harrowing. A sense of uneasiness boils over into despair and dementia. You may feel as if you’ve become enfolded by a hallucination, ensnared by pain yet helpless to escape.

Of course, the music is not a straight arrow. It arcs up, but falls as well, mounting in intensity and descending again, and in some of its descents it becomes absolutely entrancing, yet in all its changing phases it’s cloaked in dark and disturbing moods. 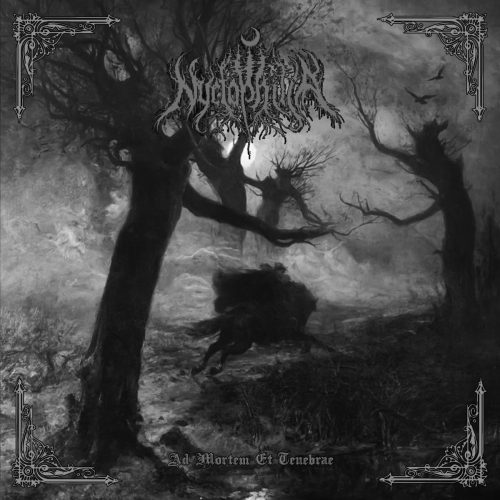 Wolfspell Records has set December 21st as the international release date for Ad Mortem Et Tenebrae, the fourth album by Poland’s Nyctophilia. As described by Wolfspell’s publicist, the album’s 42 minutes of music includes “hypnotic Burzumic trance, rotten Darkthroned rocking, grim Immortalized fury, and atmospheric tundra drift”. As you can see, it also will come packaged with some bewitching cover art (though I haven’t yet found who created it).

The first advance track, “Untill Death…“, proves that all those quoted references weren’t descriptions of separate songs, but also hints at the variety within individual songs. This particular track is dreamlike at first, becomes a spasm of violence, soars with glorious but grieving melody, falls into a slow-stalking depressiveness, and erupts again in a frenzy of heart-ache and pain. If you’re like me, the song will also get its hooks in your head as it cycles repeatedly through these changes of sound and mood.