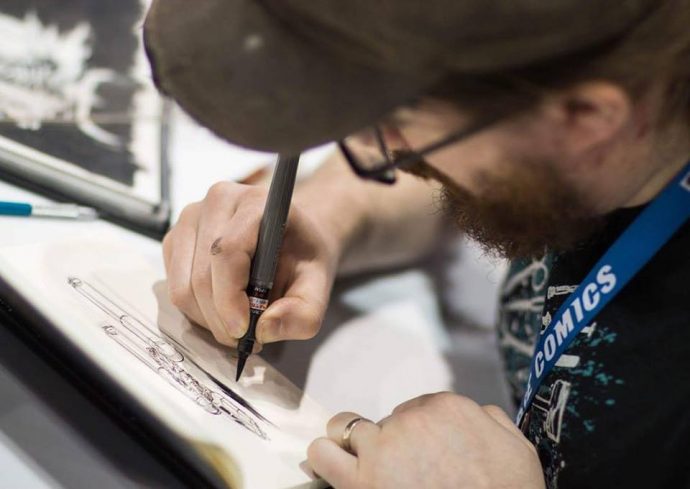 (KevinP returns to NCS after a long absence with the following interview — and the main subject of the interview is a metal comic book named MURDER FALCON.)

K: So is this the first interview you are doing for a “metal” site, as opposed to the endless parade of comic-only related ones and conventions?

D: Yes! All my interviews so far have only been for comic book sites. I think there’s quite a bit of overlap between the worlds of metal and comics, but I don’t see it brought up a lot. So as a lover of both, I thought that MURDER FALCON might do well at bringing the two camps together. Glad to be here!

K: I’m a metal guy first and comics are secondary for me, so I wasn’t aware of your stuff until I read Extremity (which was very well done/enjoyable), so when Murder Falcon was announced, that’s what really put you on my radar. So how long has this idea been percolating, and why now?

D: While I was working on EXTREMITY, I was constantly thinking “what’s next?” I knew that I wanted the next project I worked on to be a little more lighthearted and more approachable from the get-go. I was having difficulty finding what that was until my little brother, who does roller derby in MA, was asking for advice in picking out his derby name. He sent me a list of options, and one of them was “Murder Falcon.” I told him immediately that he couldn’t be that one because I was going to use it. That night I thought of the whole story and concept before I went to bed. Sometimes creating something is like pulling teeth, and sometimes it comes so naturally. MURDER FALCON was definitely in the latter category, and it all stemmed from the name. 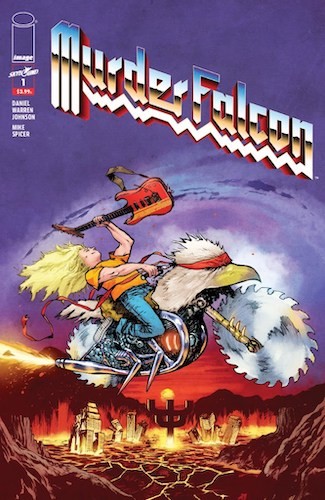 K: I’d equate that to a band creating their hit song on their record in 30 minutes in the studio. Sometimes a bolt of lightning is the mother of creation. Anyways, the variant covers to issues 1 and 2 have featured homage to classic metal bands, (Judas Priest & Iron Maiden). Is this where your heart lies musically when it comes to metal?

D: While I love all sub-genres of metal, my favorite bands have always been the ones that can pump out great riffs while also having a good time. Part of this I think involves not taking themselves super seriously, but a lot of these bands (I’m thinking MANOWAR here) DO take themselves seriously, which I respect a lot. I see the same kind of aesthetic in black metal as well, where the world thinks they must be making a joke, but in reality this is a thing that is a healing power and an essential part of their souls. That’s an element of metal that really interests me, and I think there’s some of that vibe in MURDER FALCON as well. That being said, we’re definitely doing a BOLT THROWER variant, so I’m down with a lot of different stuff. 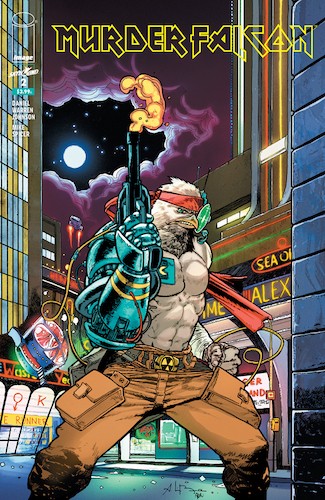 K: What’s that line from the Jerry McGuire movie, “you had me at Bolt Thrower”? LOL. We’ve now seen the heavy metal variants announced for issues 3-5 (Bolt Thrower, Panter, Yngie Malmsteem) Any other bands you are at liberty to divulge we should plan on seeing ?

D: Haha I don’t want to give too much away, but I think it’s a safe bet that we might see a drowning priest on one of the MURDER FALCON variants. 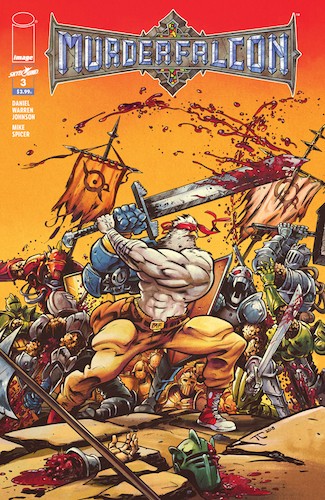 K: I know Image Comics (or the comics industry in general) has this weird thing about not always announcing if a comic is a limited series or ongoing. Extremity, for instance, I didn’t know #12 was going to be the final issue until around the time that 9-10 came out. Can you tell us the plans for Murder Falcon?

D: MURDER FALCON will be 8 issues total. I wanted it to be longer, but the style of story and the way the world is built up, it only holds weight for so long. This way, people can approach and enjoy it for what it is, without having to worry if it will extend past its welcome. 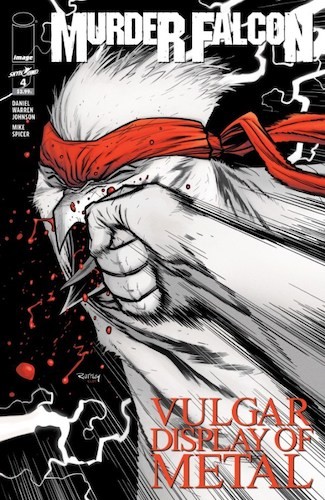 K: So what part (if any) is Jake’s story reflective of your life?

D: I think whether I try to or not, there’s always a huge part of me in the characters that I write and create. I play guitar like Jake, and I suppose I share a lot of his fears. Even when it comes to antagonists, I try and find how I can relate to them, and do my best to humanize them as well.

D: My first concert was an OC Supertones show in Boston. They were a Christian ska/punk band that I was into at the time. I was pretty sheltered growing up, so most of the music I was allowed to listen to had to come from some sort of Christian industry. Most of it makes my stomach turn now, but there are still a few bands from that time and era that mean a lot to me.

I didn’t see my first real metal show until college, when I went to see Converge play in Chicago in 2006 at Reggies Rock Club. It was one of those shows where I was listening to the band casually, but wouldn’t call myself a fan. Everything changed that night. They were so powerful and moving, they put so much into their music, that I left the show a superfan.

As far as favorite bands ever go, my top one is definitely MeWithoutYou. Not considered “metal” by any means, but they were there at a point in my life where I was seriously questioning everything I had been taught growing up, especially within the Christian faith and culture. They were a huge part of me coming to terms with that and finding myself in the midst of chaos. Other bands that are way more metal that have made a profound impact on me are: Converge, Horrendous, Racer X, Pig Destroyer, Judas Priest, Nuclear Assault, Kvelertak, Power Trip, Vinnie Moore, and of course Iron Maiden.

There have been two shows that have really rocked me recently. The first was in November 2016 when Vektor came to play in Chicago at the Beat Kitchen (tiny, tiny run-down bar with a skinny little venue in the back). They played Terminal Redux all the way through, plus an encore. Probably the 2nd best show I’ve ever been to. Another highlight was last year when I went to see Gatecreeper and Power Trip open for Cannibal Corpse at Thalia Hall in Chicago. Both those bands gave it their friggin ALL, and they stole the show in my opinion. Thalia Hall also has some of the best acoustics venue-wise in the city, so everything was crystal clear. That was the first time I saw either of those bands as well and I was totally blown away. 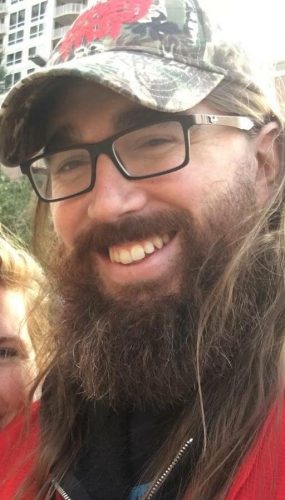 K: So post-Murder Falcon, what else can we expect from you (whether it is metal- or non-metal-related)?

D: Well, the Tuesday before each issue of MURDER FALCON drops, I’ll be uploading a track to go with the issue, at brooticus.bandcamp.com. I also do commissions and sketches which I post on my Twitter and IG, at @danielwarrenart. I’m always working on new things, but nothing I can talk about just yet. Stay tuned!