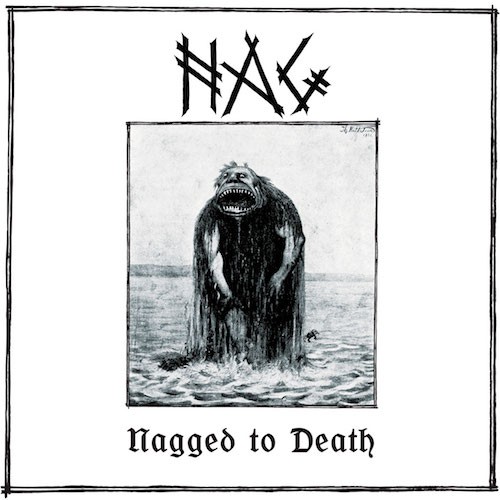 NAG don’t forgive and forget. They hold grudges. They bundle up their misery and rage, and then let it all out in eruptions of sound that are both enlivening and life-threatening. Their new album, Nagged To Death, is a raw musical catharsis that’s bleak, black-eyed, bruising, and bombastic — and a hell of an electrifying thrill-ride from start to finish.

This trio, who’ve taken the names Arnfinn Nag, Espen Nag, and Ørjan Nag, hail and howl from the west coast of Norway, and we’re told that “to find inspiration for the riffs and lyrics of their new album, NAG formed a pact with none other than the Sea Goblin, known for its furious hatred towards all things human”. It seems that the Sea Goblin can take various forms, and it’s one of those guises that’s represented in the illustration by Theodor Kittelsen (1857-1914) that appears on the cover of this new album. Like that imagining of the creature, the music is both vile and full of fangs. 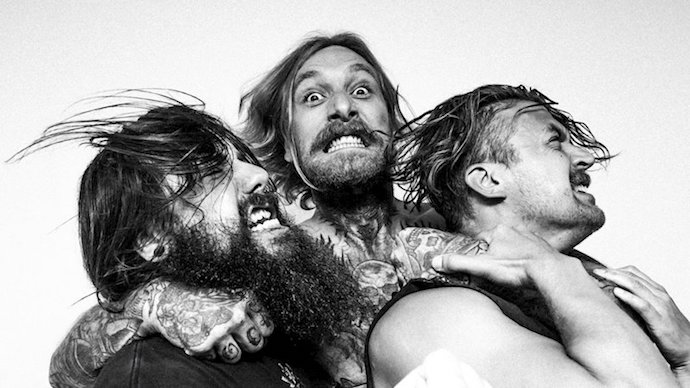 We’re further told that when the NAG brothers aren’t communing with vicious, disgusting creatures or playing the kind of rampaging music you’ll discover on this new album, “they enjoy the soothing pleasures of operating dangerous machinery in grease pits while blasting old Motörhead, Mayhem and Discharge tapes on a dusty stereo with blown speakers”. Those references aren’t a bad way to begin discussing the 13 songs we’re about to stream for you on the day before the album’s release by Fysisk Format, because NAG revel in a form of blackened metallic hardcore that’s damned head-moving as well as rough and raw.

The thing is, and it’s a very good thing, NAG interweave their influences in a way that doesn’t follow a uniform, straight-forward path. These compact songs each have their own character, and are littered with twists and turns, even though all of them are merciless in their own way. The music embodies a mix of romping punk rhythms, stupefying stomps, drunken lurching, and riotous mayhem — and occasionally it’s downright apocalyptically doomed.

When the band put their mind to it, they can deliver music that feels like a crowbar being methodically applied to the back of your neck, but they’re equally capable of blowing up like some shrapnel-filled explosive device or dragging the listener into what sounds like the miasmic emanations from a mass grave. The longest tracks provide the most fulsome displays of NAG’s shape-shifting talents, but all the songs keep you on your toes. “Black Wizards”, for example, is both anthemic and hammering, while “The Story of My People” is part Motörhead-styled rocker and part oppressive, slaughtering stomp-fest.

The weapons the band deploy include slashing, seething, and hard-slugging chords augmented by HM-2 levels of distortion; gut-punching and undulating bass lines; drumwork you can feel in your spine, whose rhythms are in continual flux; and wild vocals consisting of brazen, soaring cries and splintering screams that channel bloodlust, delirium, and pain (although clean, warrior-like chants also appear in a couple of tracks). The overall impact is abrasive, body-moving, and adrenaline-triggering.

We’re told that when presented with the final product, “even the harshest critic of all things human, the Sea Goblin, had to admit that the album ‘totally fucking rips.'” And hell yes, it really does. 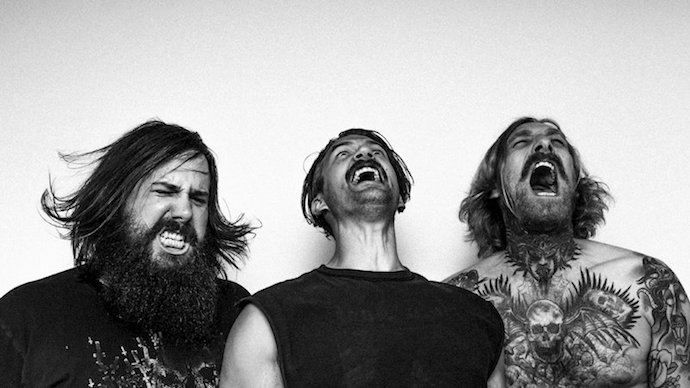 Nagged To Death was recorded at Tentakkel Audio Studio, Tou Scene, in Stavanger; it was mixed by Örjan Lund (Tentakkel Audio); and it was mastered by Brad Boatright at Audiosiege. The album comes out on November 23rd, and it’s available for order now.

One Response to “AN NCS ALBUM PREMIERE (AND A REVIEW): NAG — “NAGGED TO DEATH””