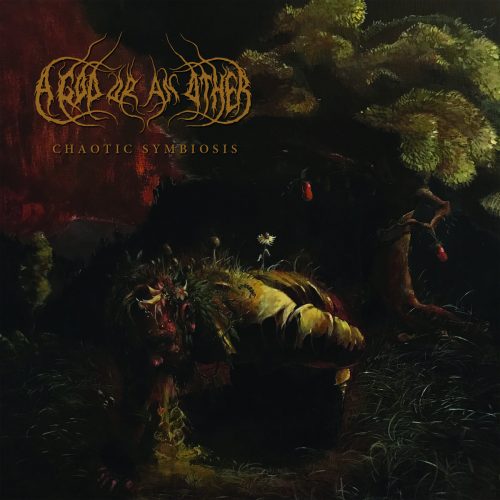 (We present Andy Synn‘s review of the new second album by A God or an Other, released on November 15th and available now through Bandcamp.)

Continuing along the dark road that this week has driven me down we come to the second album by Olympia, Washington’s own Black Metal mystics A God or an Other, which offers up six tracks of riveting atmosphere and ravenous aggression under the pitiless banner of Chaotic Symbiosis. 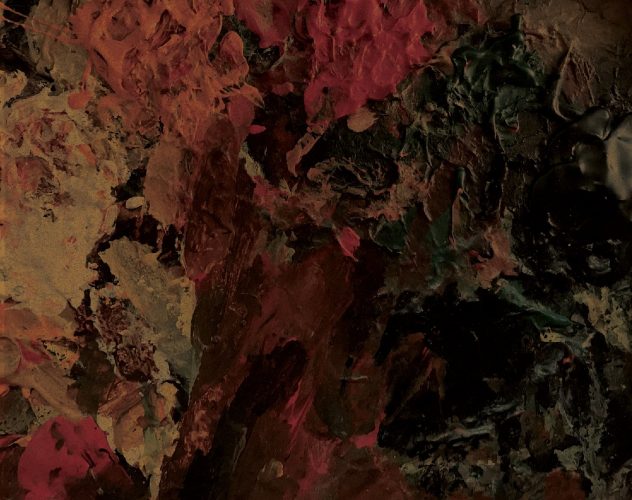 Brimming with a virulent array of scathing, discordant tremolo runs and lurching, doom-laden riffs, tracks like gloom-drenched opener “What Keeps Us Here” and its more reckless companion, “Exhaustive Perturbation”, would sit (un)comfortably alongside much of what you may have heard yesterday as part of my Ævangelist review, as the Seattle trio ply their trade in similarly dank and dissonant waters.

The sound of A God or an Other, however, is much more direct, and the production much clearer and less cavernous, than that of their aevangelical cousins, with a sense of caustic energy and cathartic prowess that echoes the pull-no-punches, take-no-prisoners, approach of Hardcore as much as it does Black Metal (just take a listen to the ragged, rough-and-ready assault of “Ritualistic Devitalization” if you don’t believe me on that score).

And yet Chaotic Symbiosis is also, despite its frequently punishing, effortlessly primal, intensity, a much more melodic album than either Heralds of Nightmare Descending or Matricide In The Temple of Omega, as the teasing, elegiac undercurrents of “Tacit Alarum” or the gleaming, obsidian hooks of “Torrent of Failure” so adequately demonstrate again and again.

At just under thirty-five minutes in length (and that’s including the morbid doom and writhing gloom of the nearly ten-minute title-track), Chaotic Symbiosis is the sort of album that refuses, point blank, to wear out its welcome or to waste any of its time on worthless platitudes or pleasantries and, if I ever make it back to Seattle, hopefully I’ll be able to sit down with one, or all, of these guys at some point and tell them in person how much I appreciate their work.

Until then, however, this review will have to do my talking for me.

6 Responses to “A GOD OR AN OTHER: “CHAOTIC SYMBIOSIS””