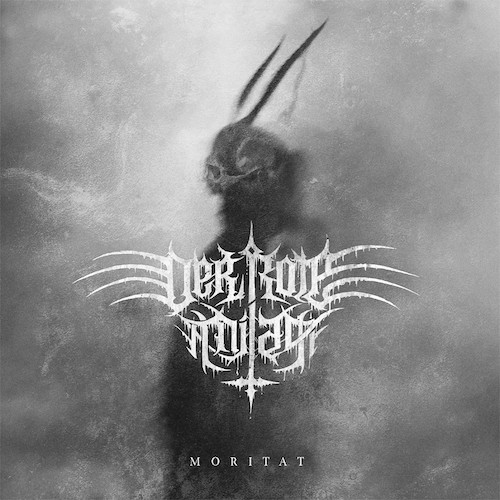 Der Rote Milan‘s 2016 debut album Aus der Asche was an intense blending of grim ferocity and melancholy beauty, a powerfully affecting sequence of songs that makes their new album also worth close attention. Entitled Moritat, it will be released by Unholy Conspiracy Deathwork on February 1st.

The new album, we’re told, narrates local stories (in German lyrics) based on real events that transpired during The Thirty Years’ War fought primarily in Central Europe during the 17th century:

“A central character is the historical figure Schinderhannes, an outlaw considered by some to be the German Robin Hood. These stories, which take place in the southwestern Germany’s Hunsrück region, are connected to the present through themes of freedom, fear, and fighting oneself in the face of death”.

“Die Habsucht” is the new album’s opening track. Slow crystalline notes and shimmering ambient sound lull the listener into a moody yet blissful reverie at first, but the band rudely terminate the dream with a typhoon of pummeling percussion, frenzied/jolting riffing, and caustic shrieks. Filaments of melody gleam through that violent surge before it subsides, replaced for a time with beautiful strings that emerge over a heavy bass-and-drum rhythm, reintroducing that early feeling of dreamlike wistfulness… before the music boils again.

Moritat will be released in digipack-CD and red vinyl editions. 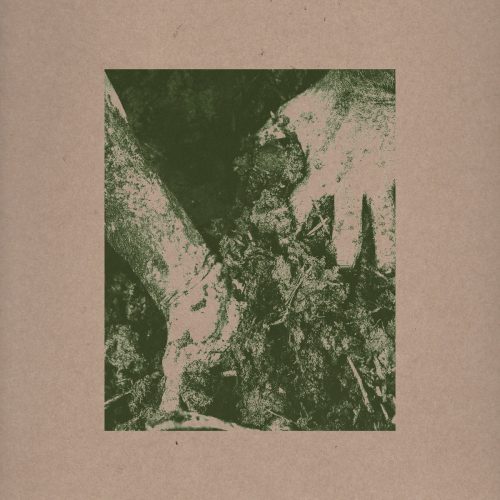 Nusquama is a new collaboration among members of Laster, Fluisteraars, and Turia. If you know the music of any of those Dutch black metal bands, you’ll know that whatever they’re doing together in Nusquama will be well worth hearing. And what they’ve done is to record a six-track album named Horizon Ontheemt, which they’ll perform in its entirety at the next edition of the Roadburn festival. To quote from the press release we received:

“There’s a melancholic – sometimes almost resigned – feeling ebbing and flowing throughout the songs, befitting of the story behind the NUSQUAMA name. The word is Latin for ‘nowhere,’ but, more importantly, it was the word used by Thomas More to describe both the necessity of a hopeful alternative, as well as its impossibility. The story goes that it was how he referred to what would become of Utopia”.

Nusquama, I’ve since discovered, was the working title of More’s most famous book all the way up to publication, when its title became Utopia — Greek for “no place”, which also resonates in the distinction Plato drew in The Republic between the city of his birth and that other city “whose home is in words, for I think it can be found nowhere on earth”.

What I’ve heard from the album so far is the track below, “Vuurslag“. Hard-hitting drumwork and warm, vibrant bass notes provide a compelling undercurrent for a wash of scintillating guitar vibrations, whose melody indeed has an unearthly quality, with a beguiling brightness that contrasts with the fireball of pain that emerges in the vocals. The soft guitar notes that echo across an interlude in the song make the music even more mesmerizing, and there is a sense of grandeur that comes through, in which melancholy and wonder seem equally present, when the main line of the song resumes.

Horizon Ontheemt was mastered by Greg Chandler at Priory Recording Studio. It will be released by Eisenwald (CD and LP) on March 22nd, with a cassette tape edition coming from Haeresis Noviomagi. Pre-orders will be launched in January.

(Thanks to Miloš for alerting me to this track.)

The Finnish black metal band Ondfødt released their debut album, Hexkonst, in 2014. Their new one, Dödsrikets Kallelse, will be released on January 25th by Immortal Frost Productions.

“Den Sanna“, the first song to be revealed from the album, gets the pulse pounding from the very beginning. There’s a heavy pounding and bounding undercurrent in the song that you can feel in your spine, and a whirling, dervish-like quality in the riffing, along with a soul-spearing gloriousness in the vibrating lead that soon surfaces. With further intensity added by the wild savagery of the vocals, the song overpowers the senses with a feeling of unbridled freedom, though it’s lined near the end with a sense of ominous peril.

This is the kind of track that seems to end too soon, picking you up and sending you aloft and then suddenly leaving you up in the air, and falling. Fortunately, it’s very easy to just play it again (and again).

(Thanks once again to Miloš for recommending this track.) 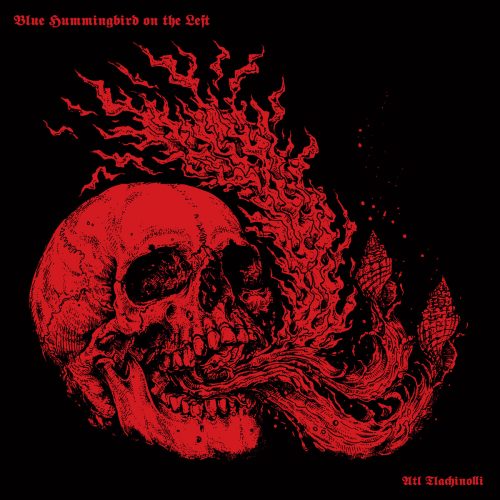 BLUE HUMMINGBIRD ON THE LEFT

Occasional NCS contributor Conchobar wrote me about this next track by Blue Hummingbird on the Left, whose members are within Southern California’s respected Black Twilight Circle. Their name is a translation of the name of the Aztec god Huitzilopochtli, and as Conchobar wrote to me, the track below —  “Hail Huitzilopochtli” — is “as ferocious as its namesake”.

The song comes from the band’s debut album, Atl Tlachinolli, which will be released on February 8th by Iron Bonehead Productions, Nuclear War Now! Productions, and Crepúsculo Negro. It strikes fast and hard, the battering-ram drum rhythms laying into your skull as the fiery guitar work sets the air boiling in your lungs and the cacophonous, reverberating vocal tirades put fear in your heart. It’s an electrifying and utterly warlike experience, segmented by massive, neck-bending grooves and with an atmosphere that does begin to seem mythic.

Omegavortex is a new name for the German black/death metal band formerly known as Ambevilence, and based on the promo EP you’ll find below, it’s a well-chosen name.

The four tracks on the EP are raw mixes of new material that will be included on the band’s debut album, on which work is still progressing, and these four are absolutely ferocious. These may be raw mixes, but the sound is extremely powerful, and the thrashing energy that rushes through the music is almost breathtaking. The drumming is fury incarnate; the riffs are a blood-boiling, mind-warping representation of chaos and lunacy; the soloing is hot enough to melt lead; the scalding vocals are terrifyingly bestial.

The technical capabilities of the performers are especially impressive when the band are moving at lunatic speed, but the songs deliver more than speed and savagery. There are potent, head-moving hooks within these songs as well as brute-force, heavy-weight rhythms and flurries of strange and sorcerous melody that give the music a distinctly occult air, and the band do switch things up enough to keep you on the edge of your seat.

The EP is an evil, four-track thrill-ride that will kick the adrenaline in your bloodstream to the max and put shivers down your spine. Can’t wait to hear the debut album — though I can’t imagine what they can do with these four songs in finished form to make them any stronger.