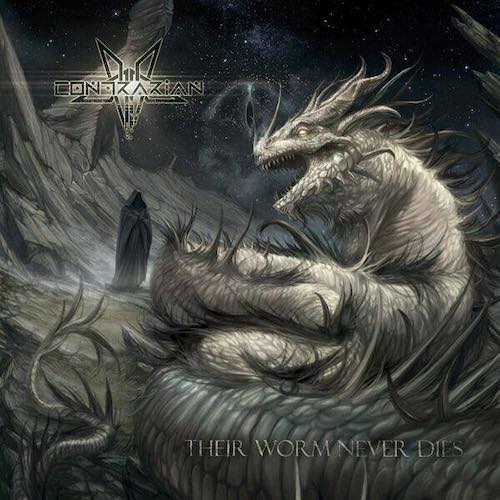 As their name suggests, Contrarian refuse to be hemmed in by convention. Their vision of death metal as revealed in the new album Their Worm Never Dies pays homage to hallowed traditions, perhaps most especially the more progressive-minded stylings of the great Chuck Schuldiner, but their intricate compositions take the sounds in unexpected directions, creating an alchemical amalgam of visceral viciousness, eye-popping technicality, brain-whirling progressive extravagance, and mesmerizing atmosphere.

Such an unusual and demanding formulation might strain the capabilities of most musicians to the breaking point, but in the case of Contrarian, this convergence of sounds seems entirely natural and fluid, a forward-thinking approach that’s convincing even if eccentric — an inspired evolution of  ’90s progressive death metal into the modern age. Not surprisingly, it’s the kind of achievement that wouldn’t have been possible without a shared vision among the band’s members, and the possession of veteran talent, which is what Contrarian’s line-up brings to the table. 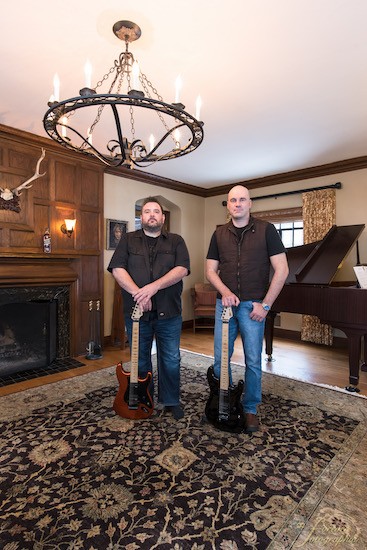 The core members of New York-based Contrarian are guitarist Jim Tasikas (Delirium Endeavor) and Nile drummer-extraordinaire George Kollias, who is also the vocalist on this new album. And on this latest Contrarian release they’re joined by lead guitarist Brian Mason (Sulaco, CHRMR) and bassist Ed Paulsen (Delirium Endeavor). As a first sign of what they’ve created, we’re premiering a song named “Exorcism“, which is abundant proof of the claims made in the opening paragraphs of this article.

The atmospheric elements of the song are introduced early, through a layering of reverberating guitar notes that convey a moody melody which also begins to glow and shine as a slow drum thump and clatter enter the frame. That enthralling intro becomes a refrain that reappears during the main sequence of the track, and closes the song as well, leaving a haunting impression in the mind as the silence descends. But it’s the main sequence that will drive your pulse and spin your head.

The contrast with the intro, when it arrives, is startling — a jolting and also jittery riff leaps forward as the drum drive becomes more animated and Kollias vents a vicious, searing howl. The fretwork skitters and shrieks in an increasingly fiery frenzy, and along with the sharp work of the rhythm section and the savagery of the vocals, it propels the music into a feverish delirium that also manages to channel a dark and brooding aura. The performances are technically jaw-dropping, and conceptually extravagant, but the way in which such intricate ferocity melds together so well with the more atmospherically melodic accents is at least as impressive. 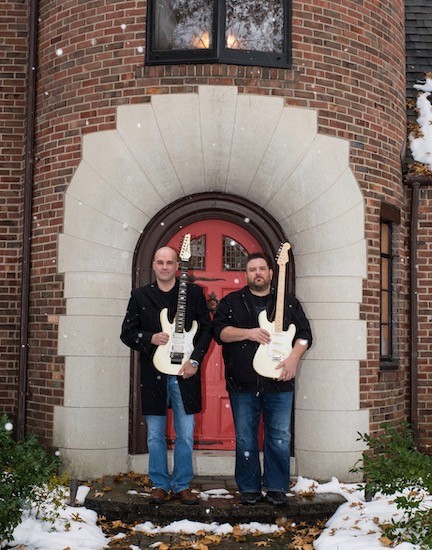 Their Worm Never Dies is described by the band as a concept album: “A fantasy based upon a man and his curse from the Evil Eye. Alongside the legendary dragon Whiteworm as his savior or his tormentor? That is for you to decide.”

Willowtip Records was responsible for a splendid array of releases in 2018, and they’ll be getting off to an equally notable start to 2019 with the release of this new album on March 15th. It was produced, mixed, and mastered at Grindhouse Studios in Athens, Greece, by George Bokos, who also performed additional backing vocals on the album.

For pre-order info, check the links below:

TRACK LIST:
1. Vaskania (The Evil Eye)
2. Exorcism
3. My Curse
4. The Petition
5. Among The Misled
6. Their Worm Never Dies
7. Whomsoever Worships the Whiteworm