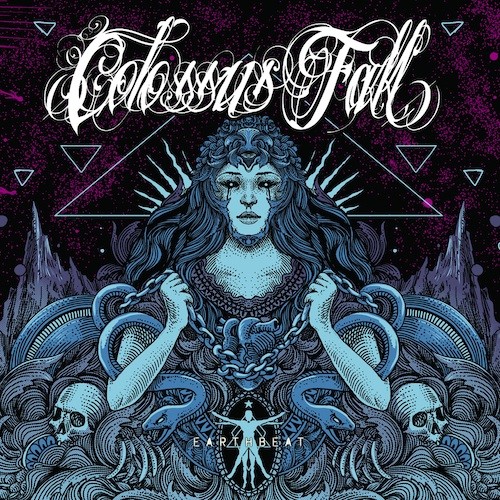 The Swiss band Colossus Fall are making their first appearance at our site today, but they’re hardly new to the scene, having previously released a 2012 EP (Sempervirens), a 2013 split-vinyl with Gacys Threads, and a 2015 debut album (Hidden Into Details), and having performed more than 100 shows in Europe, supporting such high-profile bands as Agnostic Front, Walls of Jericho, Terror, Neurosis, Clutch, and Nostromo. Now, they have a second album named Earthbeat on the horizon, which is set for release by Tenacity Music on January 25th, and that furnishes the occasion for our premiere of a new song: “Darkness Swirled Around Us“.

With a backbone of hard-hitting metallic hardcore, Colossus Fall bring other ingredients into play, including thrash and sludge. This explosive new track bounces and races, bruises and yet is buoyant. It’s a ticket straight to headbang city, it’s brazenly passionate, and it proves to be highly infectious. 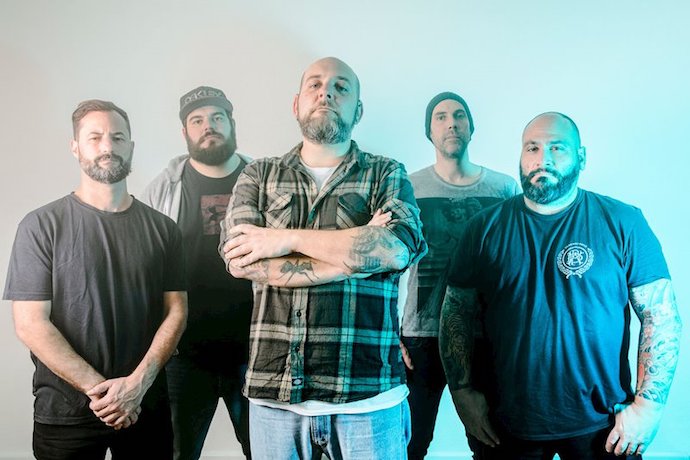 While currents of melody do swirl through “Darkness Swirled Around Us“, the song is predominantly a rhythm-based experience, one that put me in mind of the sorely missed U.S. metalcore band A Life Once Lost. An urgent pulsing riff and a jolting bass-and-drum pattern launch the song, which leads into a hard-charging surge, part barbarous, neck-wrecking gallop and part pile-driving, pavement-splitting demolition job, with riffing that alternates in quick succession between moody (and fiery) fanfare blasts, jittery skittering fretwork, and a reprise of those urgent pulsating notes.

The drumming and bass work are vibrant, ever-changing, and always sharply locked in, devoted to creating a potent rhythmic drive, and the music is produced in a way that brings clarity to the experience, and heavyweight force as well. The vocals — vented in a throat-lacerating howl — add an extra element of fire and fury to the adrenaline rush of these sounds.